For these impacts to materialize, States need to undertake to support and implement community texts and projects. Yet the member States of African regional economic communities (RECs), which are officially very much in favor of regional integration, are often criticized, perhaps wrongly, for their lack of real commitment to the integration process.

Take the example of the West African Economic and Monetary Union (WAEMU). WAEMU stands out for the stability of its single currency, its advanced tax coordination, and the quality of its monitoring of the monetary, financial and trade integration process. Yet WAEMU, like the other African RECs, is faced with the need to ensure cooperation between States with varying profiles and interests.

To address this challenge, while the threat of sanctions remains an ineffective instrument with little credibility in WAEMU, the commitment of member States to orientations and decisions taken collectively is a key mode of action to move forward with integration in the Union. This requires a rigorous application of community acts and policies. In addition, for States to become aware of the need to get more involved in this integration process, it is necessary to be able to measure this commitment and show them that they will benefit from the latter.

How to measure, clearly and concisely, the level of commitment of States to regional integration?

WAEMU has several monitoring tools, such as the Annual Review (AR) of reforms, policies, programs and community projects, which the Union Commission has been publishing since 2014. It allows the implementation of community texts by member States to be monitored through a binary evaluation of the transposition and application of these texts.[1] By focusing on the decision-making and implementation process for community policies, this review can usefully complement the usual results indicators on integration, which are commonly used to monitor integration in Africa. Indeed, the monitoring of integration only based on results indicators is distorted by concomitant factors outside regional policies, such as volatility in primary commodity prices, interest rates, sociopolitical instability or terrorism.

These elements of analysis, which are complex and difficult to interpret at first reading, can be used to develop a synthetic index of the commitment of WAEMU States. This is what the foundation for international development studies and research (FERDI in French) has been working on in the context of a research partnership with the WAEMU Commission. The objective: propose an innovative contribution to the debate on regional integration in WAEMU.

Scope and calculation principles of the commitment to regional integration index

The commitment index developed aims to measure the level of commitment of States to the application of community texts, which are limited to the commercial dimension of regional integration here.

The calculation of the index involves processing and aggregating the information contained in the AR, which combines i) a body of community texts requiring a commitment by States, with ii) binary indicators on the application and transposition of texts. The texts related to trade integration subject to evaluations in the AR are initially selected and grouped into thematic areas of trade integration to obtain the architecture below (see Figure 1). The texts are subsequently classified so that a weighting based on the chronology of the text and its legal nature can be assigned to them. These weightings from community texts are applied to the corresponding AR indicators. Finally, average weighted indicators are calculated for each thematic area, then at the aggregated level (see Figure 1).

Figure 1. Structure of the trade integration index and thematic areas

Figure 2 shows the scores of the commitment to trade integration index for WAEMU countries. We can see the leadership of Côte d’Ivoire and Niger and the commitment below the WAEMU average of Burkina Faso, Togo, Benin and Guinea Bissau.

Does the commitment of WAEMU States to regional integration give tangible results?

Demonstrating the positive impacts of integration to member States, but also highlighting the bottlenecks at national level or identifying any problems of consistency between community policies and the national context, are prerequisites for encouraging them to get more involved. Comparing the commitment index to the main results indicators for trade integration (see Figure 3) provides a response to a key question in the analysis of the dynamics of a regional economic community: Does the commitment of States to the trade integration process give tangible results?

Indeed, a higher level of regional integration is presumed to increase i) the integration of member States into regional trade and ii) the diversification of economies. Figure 3 confirms these relations: according to the graphic correlations below, there is a positive relation between the commitment to trade integration on the one hand, and the share of intracommunity trade and concentration of exports, on the other hand. Consequently, a greater commitment to implementing community texts would appear to yield results in the area of trade.

Figure 3. Comparison of the commitment to trade integration with intracommunity trade and the concentration of exports

The development of a trade integration commitment index, focused on the implementation of community policies rather than on their results, is an unprecedented initiative. This index will be further developed. The scope of the index will, in particular, be extended to the other dimensions of regional integration (budgetary and financial, sectoral, human) in order to conduct a more representative monitoring of the commitment of member States. It will be possible to apply the more comprehensive index thus obtained to other RECs. The more these types of index are common, the more it will be possible to compare them, and the more they will be useful and interesting. There will be an even greater general understanding of regional integration processes.

Towards a concerted economic strategy in the Mediterranean

[1] Evaluations which will be refined in the 2018 edition of the Annual Review following the reform of the methodology of the exercise by the WAEMU Commission in 2017. 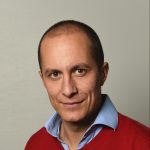 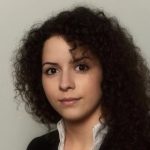 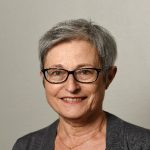