In 2017, in Lebanon, the Lebanese Crisis Response Plan (LCRP) reported that there were 3.3 million people in need, including 1.5 million Syrian refugees and 309,500 Palestinian refugees. In other words, over 55.9% of the population in Lebanon, with 30% being refugees, is considered to be in need, against a backdrop of political, social and economic crisis.

Six years after the Syrian conflict broke out, the country’s resilience continues to surprise. However, it does appear to be on the brink of implosion every day. According to UNICEF and UNDP, 90% of Lebanese youth perceive the presence of Syrian refugees in Lebanon as a threat. Indeed, despite the major humanitarian aid and development projects set up by international and local actors, the sources of tension between refugee populations and host communities are focused on the lack of resources and are being increasingly felt.


While at the start of the crisis in 2013, the needs related to the influx of Syrian refugees settling in Lebanon were mainly identified in the Akkar region (in the north-west of the country) and Bekaa region (in the east), a large proportion of refugees have now resettled in Beirut itself, the capital, in the hope of increasing their chances of finding a job, even insecure work. The Lebanese Government does not, however, authorize them to work, except in certain specific sectors (agriculture, construction, security, cleaning). These measures were introduced to prevent situations of vulnerability for Lebanon’s unskilled workforce. Some municipalities now punish anyone who hires a Syrian refugee, and this has been the case for just over three months. These employment restrictions are double-edged: on the one hand, they exacerbate tensions and the sense of humiliation experienced by refugees and, on the other hand, they increase their vulnerability and drive them towards illegality to support themselves (child labor, prostitution, drug trafficking, delinquency, etc.).

Over USD 4.6bn were allocated in Lebanon by international donors for humanitarian aid between 2012 and the end of 2016. This aid has allowed the country to cope with the influx of refugees and not, in turn, fall into the circle of instability experienced throughout the region.

However, after over six years of crisis, international actors, UN agencies and international NGOs find themselves in a sensitive transitional phase, between emergency aid and development projects. Indeed, while there are repeated emergencies alongside more structural issues, it is sometimes difficult to identify the nature of needs and division of roles between the various actors.

Furthermore, local NGOs, for their part, feel the passing trends in the thematic areas of donors’ calls for projects, which do not always fit in with the actual needs of beneficiaries and the most vulnerable populations which they assist on a daily basis. A striking example today is international donors’ enthusiasm for training projects for Syrian refugees, with the aim of increasing their employability and job opportunities. From what arcenciel has been able to identify in the field, these projects do not, unfortunately, have a short-term beneficial impact, mainly due to the Lebanese Government’s restrictions on the labor market for non-Lebanese people.

Syrian migrants in Lebanon: “Let’s channel the aid through to the beneficiaries”

Another observation made by arcenciel in Lebanon is the phenomenon of the decline in the attendance of beneficiaries when donor participation in a project comes to an end. Yet the completion of a project does not always coincide with the end of the need. When the provision of the service (physiotherapy sessions, medical sessions, distribution of technical aids, mobility support, etc.) is no longer covered by a donor, despite still being in need, the beneficiaries no longer dare to come and “demand”. This situation is due to the recurring sense of humiliation and guilt experienced by Syrian refugees about having someone else pay for them (in this case arcenciel) when the donor withdraws, especially in a context of increasing tensions with the Lebanese host community.

In these various centers, arcenciel has consequently established a “voluntary payment” principle for the service received by the beneficiaries, based on their willingness to pay and what they can afford. This community participation, which is more often than not symbolic, gets beneficiaries out of the ambiguous assistance relationship and allows arcenciel to continue to provide services to beneficiaries beyond donor coverage.

Arcenciel model: act with or without donors

The social enterprise arcenciel came into being in 1985 while the civil war raged in Lebanon. Arcenciel is apolitical and non-confessional, and as it is not directly affiliated to a party or community, from the outset had difficulty finding the financing to meet the needs it had identified in the field (wheelchairs and technical aids for the war-wounded, then the disabled in Lebanon). Right from its beginnings, it was based on the social entrepreneurship model for the implementation of its action. The main principle is for all income-generating activities to finance non-income-generating activities (such as emergency aid, social and medical assistance, etc.), so that arcenciel can safeguard its independence and continue its action, even after donor financing for a project comes to an end. This vision and organizational system are still in place today, with arcenciel self-financing 76% of its activities.

In order to ease tensions between Syrian refugees and Lebanese host communities, arcenciel contributes to creating new spaces for socializing and meeting in all its centers and in several fields of activity. For example, since 1997, arcenciel has been setting up a nationwide network of “rainbow clubs” for the emotional, social and psychological development of young people in difficulty, via various sports and arts activities. They also allow them to meet and create ties between the various communities. In 2001, these “rainbow clubs” led to the creation of “cirquenciel”, the first circus school in Lebanon and the Middle East, which promotes intercultural dialogue and helps early school leavers or young people in difficulty return to an educational and vocational program. Beyond these activities and the social assistance provided indiscriminately to refugees and vulnerable populations, over 60% of arcenciel volunteers are themselves persons in difficulty (former drug addicts, ex-prisoners, people with disabilities, etc.), including a significant group of refugees, in sectors where their work is tolerated (agriculture, eco-tourism, waste recovery, etc.).

What about planning ahead for post-conflict Syria?

Today, a number of international donors and NGOs are already planning ahead for the reconstruction phase in Syria, perceiving the signs of a likely end to the conflict. This preparation is necessary, but is based on a lot of assumptions which have not been confirmed yet, particularly over the imminent return of all refugee populations to Syria. Yet, if the system of freedoms does not improve, it is likely that the majority of Syrian refugees will not be able to or will not want to return, feeling threatened and unsafe.

Similarly, due to the proportion of mixed marriages between refugee populations and the host community, and the number of Syrian children born in Lebanon (over 100,000 since the conflict started), or the job opportunities offered by Lebanon, even for precarious work, it is likely that a number of Syrian refugees will decide to stay, despite the end of the conflict. From this perspective, if international donors and NGOs withdrew too much and too abruptly, it would jeopardize the fragile balance in Lebanon.

International humanitarian aid and development actors need to have confidence in the ability of local actors to identify needs and address them. They are on the front line faced with vulnerable populations, with or without donors. They should be supported over the long term, especially as they often compensate for the weak capacities of the Lebanese State in terms of the provision of public services.


Lebanese NGOs are field actors who are recognized by the community. They seek to reduce tensions between refugees and host communities and have a role as the central and essential mediator now that the crisis is continuing and has become chronic.

[1] Supporting the Future of Syria and the Region – A Vision for Stabilization and Development in Lebanon: The Government of Lebanon’s Approach to Mitigating the Impact of the Syrian Crisis with Support from the International Community, April 2017. 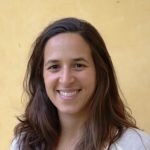 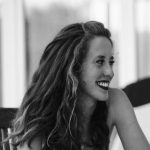