Among the greenhouse gases included in the Kyoto Protocol, in addition to carbon dioxide, there is methane (which we also know under the name of “natural gas”), nitrous oxide, sulfur hexafluoride, hyrdofluorocarbons and perfluorocarbons… What all these gases have in common is the capacity to intercept part of the infrared radiation emitted by the Earth, forming something like a cover that gradually warms the climate. But the duration of this effect and the quantity of energy sent back towards the Earth’s surface vary from one gas to another.

To put it simply, the quantities of greenhouse gas are nearly always expressed in CO2 equivalent over a 100-year period. For example, you have perhaps heard that a ton of methane is “worth” 28 tons of CO2 equivalent. This means that after a century, a ton of methane will have sent back to the Earth’s surface as much energy as 28 tons of carbon dioxide. This is an estimation that has been revised up several times since 1995. Nonetheless, this value is used, for example, in a carbon footprint or for the very official calculation of the AAU under the Kyoto Protocol.

As with any equivalence, it is a simplification. Methane is a much more powerful greenhouse gas than carbon dioxide, but it disappears more rapidly. By taking a time scale of a century, we therefore underestimate its impact. If we calculated the carbon equivalence over a shorter period, this would totally change the way in which the issue is raised. In CO2 equivalent at 100 years, carbon dioxide accounts for 70% of our emissions, well ahead of methane, which comes second at 20%, but at 20 years, for example, the two gases contribute almost as much to global warming: 50% for CO2 and 44% for methane.

Yet the deadline for global warming is unfortunately no longer the next century, but the coming decades. In its 5th report, the IPCC warns that even if we immediately reduce our emissions in order to achieve the objective of 2°C (RCP2.6 scenario), the peak of greenhouse gas concentration in the atmosphere will only be reached towards 2040 and in the meantime the temperature will continue to increase. It would therefore seem reasonable to rebalance efforts to reduce CO2 (which has moderate effects, but in the long term) towards methane (which has a significant effect in the short term) in order to cut back the peaks of concentrations and temperature that will occur during the century.

Economically and politically methane emissions are easy to reduce

Carbon dioxide emissions are related to sectors that are an important part of our ways of life and the functioning of our economy: energy, manufactured goods, transport… It is consequently difficult to conduct an ambitious policy without coming up against powerful economic interests and running the risk of being unpopular. It is also almost impossible to take swift action given the lifespan of the infrastructure in question: even if we stopped building coal-fired power plants today, some would still be in operation in 2050!

Another way would involve capturing CO2, but in this case, what could be done with this gas? Try to bury it in the depths of the Earth? This is the technique of carbon dioxide capture and sequestration. It is technically feasible (there are demonstrators), but it is far from being economically viable. Recycle it? There is some hope with its use in oil extraction or methanation, which involves transforming carbon dioxide into… methane, but these techniques have a zero climate balance as the CO2 is used to produce or extract another fuel.

On the other hand, methane is partly emitted by agriculture, particularly by paddy fields and ruminants, but also by the “firedamp” that is released from coal mines, by leaks in gas pipelines, or by fumes from landfills, issues which we can tackle without too much fear. A few simple actions, using technologies that are already mature, would avoid methane production or capture it before it reaches the atmosphere, for example:

– Reduce degassing, whether intentional or not, in the extraction of hydrocarbons and leaks during transportation. The CCAC initiative, of which the French Government is a member, is geared towards this,

– Capture methane in coal mines which are not yet equipped with this type of system, particularly in China. This would increase their safety,

– Limit methane production from landfills by promoting the reduction and recycling of organic waste and set up systems to capture residual gas.

In addition, unlike carbon dioxide, which we currently can do nothing about, the way to use captured methane is ready-made: it is simply a natural gas that can be directly reinjected into existing distribution networks or used by the chemical industry…. According to a study conducted by Global Chance and financed by AFD, in 2030 some 100 million tons could be recovered in economically acceptable conditions. This is almost double the annual production of Saudi Arabia.

Without giving up the reduction of CO2 emissions, which is only possible in the medium term, the reduction of methane emissions should become an at least equivalent priority by 2030: there are both significant deposits and benefits for the climate in the short term. It is also especially the image of the fight against climate change that could be changed, which would become a source of wealth rather than a burden. 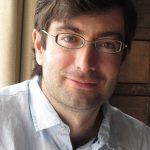