Sub-Saharan Africa remains one of the most unequal regions in the world, on par with Latin America (see Chart). In fact, inequality seems markedly higher at all levels of income in the region than elsewhere (see Chart).

While the last 15 years of high growth in sub-Saharan Africa have narrowed the per capita income gap with more advanced countries, income inequality within countries has not followed suit and has instead remained broadly stable. And gender inequality has declined more slowly than in other regions.

Reducing inequality is good for growth

The October 2015 Regional Economic Outlook for sub-Saharan Africa analyzes why that is the case and what can be done about it. In particular, it asks the question whether high inequality is detrimental to economic prosperity in the region, and whether reducing it could be beneficial to growth. Our findings are that real per capita GDP growth in sub-Saharan African countries could be higher by close to one percentage point per year if inequalities—both income and gender—were reduced to the levels observed in the fast-growing emerging Asian countries (Indonesia, Malaysia, Philippines, Thailand and Vietnam). That is as much as half of the growth gap between those countries and sub-Saharan Africa.

Not all countries are equal

Now, of course, with 45 countries in the region, this does not apply uniformly to all of them. Rather, a more disaggregated analysis provides important lessons for policy makers that have to decide how to prioritize policy actions:

What policies can countries pursue to reduce inequalities?

First, fiscal policy has an important role to play. Broadening the tax base by reducing tax exemptions, including of the VAT, can raise the resources needed to finance spending benefitting poorer segments of the population, such as public health and education, thus reducing inequalities. Abolishing fuel subsidies, which mainly benefit middle and higher income households, and introducing transfer schemes, targeted at poor households, would go a long way toward reducing inequality.

Second, better access to financial services can also help address inequalities. For example, establishing credit bureaus that centralize information can encourage banks to lend to new customers, because information about these potential customers becomes easily available. Meanwhile, some African countries, in particular Kenya, have demonstrated how the use of mobile banking can help boost access to financial services everywhere, including in remote regions.

Finally, abolishing legal restrictions for women would provide quick gains. For example, 8 countries in Sub-Saharan Africa still have 10 or more legal restrictions for women, such as women not being able to open a bank account or start a new job without the consent of her husband. Removing these restrictions is a low hanging fruit for oil exporting countries in the region to support growth, especially as a time when they are being hard-hit by the slump in oil prices. They should take solace in the experience of countries, such as Namibia, where the removal of these restrictions resulted in an increase in participation in the labor force and hence in stronger growth. 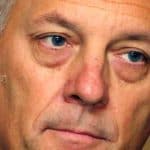