The Sustainable Development Goals (SDGs) define a set of 17 overall objectives for 2030, combined with over a hundred targets outlining the basic components of more sustainable development. They have a huge ambition: they aim to achieve the work started with the Millennium Development Goals (MDGs) and extend the latter to subjects that have to date been given little consideration or ignored in international negotiations, such as the reduction of inequalities in domestic incomes or the protection of oceans and marine resources.

At a time when there are an increasing number of violations of human rights in disproportion to everything identified by statistical agencies, it may seem derisory to see the United Nations outline a list of non-binding and generous objectives beyond what is possible – if the sordid mask of the current news gives us an image of what is possible. Can the SDGs succeed where other UN texts have failed? Bearing in mind the refugees who are being washed up on our shores, the calls for aid and the executions under butchers’ knives, which remind us that a text is worthless if it is not applied, we should ask ourselves whether the SDGs have the slightest chance of changing the world and test them in the light of what they set out. Among all the ills that the SDGs claim to limit, without resorting to the deceptive magic of law, we have chosen one of the most acute and most universal: the rise in economic inequalities.

In 2016, half of global wealth will be owned by 1% of the world’s population. What we see at global level can also be seen within countries. In countries where tax data are available, the share of national wealth owned by the richest 1% or 10% has returned to the record levels of the turn of the 20th century. It is thanks to the talent and obstinacy of Thomas Piketty that an intuition was turned into a fact: capitalism is fundamentally unequal, as the remuneration for an effort in the long term is lower than that of capital. Basically, it is better to marry an annuitant than bother yourself with filing a patent or moving up the ladder in your company.

The tolerance towards inequalities in incomes and assets varies between countries, which is probably one of the reasons why the latter have never really been put on the agenda in any international negotiations. There have, of course, been the MDGs and the objective of halving the incidence of poverty. But the MDGs do not address inequalities: they are a non-negotiated application of the difference principle of John Rawls, by which inequalities are tolerable as long as they are combined with an improvement in the living conditions of the poorest. Turn the absolute poor into relative poor, this is what the MDGs plan to do, and this is fully compatible with the rise in inequalities.

Yet they give rise to other types of problem which are of a completely different magnitude than the persistence of absolute poverty. The negotiators of the SDGs have made no mistake about this, by not opposing the two agendas, but combining the two. The rise in inequalities, largely due to the failure of the progressive tax system, which benefits the richest, who are also the most mobile and the best placed to avoid tax on their incomes, is an implacable driving force for causing all that is left of the welfare state on which our post-war social contract has been built to explode. It is no longer possible to find financing for the provision of basic public services, unless the taxation of captive factors is increased – the work of those who do not know how to sell their talent abroad. Yet how can we finance the energy transition, “clean” agriculture, the elimination of hunger and extreme poverty, in short, the entire set of SDGs, if the rise in inequalities siphons off the tax base of rich and poor countries?

While the target of reducing inequalities – literally, an increase in the incomes of the poorest 40% at a rate higher than the growth in incomes of the population average (Target 10.1)  – lauds common sense, it was tough to negotiate. Several countries, such as the USA, were against this target on the grounds that its inclusion would lead to “fruitless debates” and that it was already covered with the targets and objectives such as economic growth or equal access to means of production. Other countries, like China and Indonesia, argued that this target was unfair because it was less accessible for developing countries than for OECD countries. Under their pressure, the target was removed from the draft SDG list in 2014. It was added to the list again thanks to the insistence of Denmark, Norway and Brazil.

Test the capacity of the SDGs to bring about change

How can the level of ambition of such a goal be judged? What is its capacity to bring about change? A target can be judged to be “easy” for a country which shows that it has already been capable of achieving it in the past, but it is, however, necessary in international debates, as the different countries could learn lessons from this country which has already won the race for the SDGs before it has even started. Conversely, countries that have been unable to achieve the target in the past had better set this target and try to achieve it, otherwise it will not create leverage or incentives for change. Target 10.1 is therefore of a twofold nature: it is conservative for countries that have been able to achieve it in the past and transformative for countries in the opposite case.

We have devised a test which makes it possible to establish whether in the past (more exactly the past 25 years) the target has proved to be conservative or transformative (Table 1).

It is transformative for countries like the USA, China and India, which will not achieve it in the future if no new policy is conducted. It is conservative for Brazil and France for the years in question. Spain, Sweden, Denmark and Germany achieve it during sub-periods. Three lessons can be learned from this result: firstly, it shows that reducing inequalities is possible, and then that is possible in both developing and developed countries, and finally, and especially, that it will not come about without persistent and dedicated strategies. This is where the interest lies in subscribing to targets that are the most remote from its “business as usual” approach and using the SDGs as a means to counter the current news. 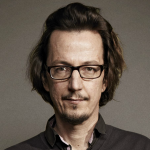 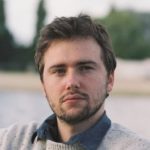