Toxic pollution was the original impulse for the environmental movement in the 1950s. Since then, however, environmentalism has moved on, first to biodiversity conservation and, more recently and predominantly, to climate change. While these issues, no doubt, merit attention, sadly, the focus on pollution has been lost. This is a pity and needs to be corrected immediately because the data from the World Health Organization (WHO) and the University of Washington’s Institute for Health Metrics and Evaluation (IHME) are compelling.

Chart 1 shows the number of deaths in 2012 attributable to the different pollution pathways. The diseases caused by pollution are indicated in each bar. It should be stressed that the chart shows the additional or incremental deaths from the diseases involved (i.e., those that can be attributed to exposure to pollution), over and above the “normal” mortality from these diseases.

Chart 2 compares global death rates from toxic pollution and from the major diseases. Clearly, pollution deaths dwarf those from HIV, malaria and tuberculosis. Yet it is these diseases that garner the lion’s share of funding support: perhaps over $40 billion per year against a mere $90 million to combat toxic pollution. It is no one’s case that financing for HIV, malaria and tuberculosis should be reduced, only that it is high time to ramp up international action – and funding – to deal with toxic environmental pollution.

True, HIV, malaria and tuberculosis are diseases, while pollution is only a risk factor – it causes diseases. Yet, as WHO affirms, environmental hazards (i.e. pollution) are responsible for about a quarter of the total burden of disease worldwide. Reducing exposures to pollution can, thus, dramatically – and relatively cheaply – cut the costs of health care in low- and middle-income countries.

It is also worth noting that it is children who are disproportionately affected by toxic pollution. Their lower body mass and developing brains render them uniquely vulnerable to exposure to heavy metals (such as lead, mercury, and hexavalent chromium). Besides the usual health impacts (diarrhea, cancer, organ malfunction), children also suffer mental retardation, with the individual’s loss of intelligence quotient (IQ) contributing to the community’s loss of intellectual capital.

Why did pollution fall off the radar screen?

The reason pollution dropped from the environment agenda is, of course, the focus on biodiversity conservation and, latterly, climate change. But it also fell from – or, rather, never came on – the world’s public health radar. This is likely because it is “only” a risk factor and not a disease. Yet this attitude can no longer be justified, with the growing acceptance of the disability-adjusted life year (DALY) as the yardstick for health impact assessment. The DALY extends the concept of potential years of life lost to premature death to include equivalent years of ‘healthy’ life lost to states of poor health or disability. It combines mortality and morbidity into a single, common metric. Efforts are underway to quantify the burden of disease resulting from exposure to pollution. A study of toxic sites in India, Indonesia and Philippines estimated that exposure to industrial pollutants in 2012 resulted in 830,000 DALYs, while outdoor air pollution at those sites accounted for 1,450,000 DALYs. In comparison, DALYs resulting from malaria were estimated as 725,000.In other words, DALYs from toxic pollution were three times that from malaria.

A less charitable reason for the neglect of pollution is that it is no longer a serious issue in the developed world. As Chart 2 shows, pollution deaths in high-income countries are a small portion of total pollution deaths. These countries have successfully tackled pollution, proving that it can be done effectively. There is no excuse not to eliminate the problem in low- and middle-income countries. And globalizing tends that shift industrial activity, manufacturing and mining to the developing world lend urgency to this task.

What needs to be done

The very first requirement is to embed the objective of “substantially reducing the number of deaths from pollution” in the post-2015 Sustainable Development Goals (currently being negotiated at the UN in New York). The draft SDG 3 on Health includes this commitment (in 3.9) and it is imperative to support it, so that it is adopted (or strengthened). SDG 3.9 can then act as the fulcrum around which global efforts to tackle toxic pollution can pivot.

The next thing is to promote research to expand and deepen knowledge of the links between toxic pollution and health impacts. But accumulating such evidence may not, by itself, be enough; it will need to be publicized appropriately to receive the attention of global decision-makers. A report of an international Commission (along the lines of the Stern Report on Climate Change) would be ideal.

Finally, we need action by all actors – governments, donors (and private polluters) – to clean up indoor and outdoor air pollution and contaminated soil and water. Where private business is responsible for the pollution, the polluter must definitely pay for clean up. In the vast majority of cases, though, the polluter is defunct, bankrupt or indigent, and cleaning up is a task for public authorities.

The Global Alliance on Health and Pollution (GAHP) was established in 2013 to (i) draw the attention of the world community to the need for action on pollution and (ii) implement programs and projects focused on contaminated sites in low- and middle-income countries). Pure Earth/Blacksmith Institute, a founding member of GAHP, is its secretariat. GAHP currently includes all the major UN agencies and multilateral development banks, as well as 15 low- and middle-income countries. We now need other governments, donor agencies, industry, civil society, and research organizations to join our cause. 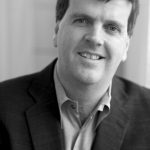