Innovative financing for protected areas in Africa: where does the innovation lie?

Home Infrastructures & Environment Biodiversity Innovative financing for protected areas in Africa: where does the innovation lie?

Biodiversity is increasingly under threat on the African continent. In the face of this danger, IDDRI researchers Renaud Lapeyre and Yann Laurans promote a contractual approach to the financing and management of protected areas in Africa.

Biodiversity is increasingly under threat in Africa, for example from poachers, who are becoming better organized and equipped. To address this environmental hazard, there is a need to release additional financing for protected areas in Africa. But money is not enough: it is also necessary to work on making the management of these areas more effective. This requires developing new approaches to governance, which encourage the various conservation actors (NGOs, public and private actors) to establish incentive-based contracts for the management of these protected areas.

With the chronic lack of financing for conservation, NGOs, administrations and donors are increasingly seeking to diversify funding sources. Payments for environmental services, tax reforms and trust funds are all innovative forms of financing, as they at least partly mobilize the private sector. An IDDRI study published in 2016 looked at the impacts and conditions for success of these funding methods in the case of protected areas in three African countries: Ivory Coast, Sierra Leone and South Africa.

In South Africa, the public network of protected areas is not extensive enough to achieve the national conservation targets. Consequently, the Ministry of Finance and local provinces have started signing agreements with landowners for the latter to establish biodiversity management plans on part of their land. An annual control of the implementation is conducted by the provincial authorities. This land is consequently declared as protected areas and, in return, the owners obtain tax relief, which partially offsets the additional conservation costs.

In Ivory Coast, parks and reserves continue to be threatened by the expansion of crops, especially cocoa. The Foundation for the Parks and Reserves of Ivory Coast is addressing this situation by using debt conversion operations (for example, with France, via a Debt Reduction-Development Contract – C2D) to capitalize its environmental trust fund.[1] The funds obtained are subsequently invested on financial markets, thereby generating new revenues which are then redirected towards the management of protected areas via contractual financing agreements signed between the Foundation and the Ivorian Office of Parks and Reserves (OIPR).

In Sierra Leone, ten years of civil war have significantly weakened the State’s capacity to preserve its forests. In 2002, the Government consequently decided to allocate a conservation concession for the Gola Forest, which is located in the Southeast of the country, to two NGOs: one local, Conservation Society of Sierra Leone, and one international, The Royal Society for the Protection of Birds. A contractual agreement was signed between the Government and these two NGOs, setting out the restrictions on the use of the forest and the amount of financial compensation that may be granted to neighboring communities which accept to protect the forest. Since 2015, a private non-profit company (Gola Rainforest Conservation Company Limited by Guarantee), founded and managed by the Government and the two NGOs, has been in charge of managing the forest, maintaining the agreements with the communities, and marketing carbon credits on the voluntary market.

Innovating to protect nature: offset, a new source of financing?

The contractual approach to managing protected areas: the key aspect of the innovation?

Two main components characterize these different African experiences. Firstly, the simultaneous financial involvement of the private and public sectors – private funds do not replace public funds, they are complementary to them. But above all, these mechanisms are much more than just financial innovations, which are in reality limited, because they introduce a contractual approach: landowners in South Africa, neighboring communities in Sierra Leone and OIPR in Ivory Coast only receive this financing if they adopt biodiversity-friendly agricultural practices (for example, by extensifying cattle farming or stopping slash-and-burn farming) and implement conservation activities (monitoring of protected areas), as set out in the contracts signed between the actors involved. This type of conditional approach improves the effectiveness of the management of protected areas by empowering and giving responsibility to the entities concerned (private or parastatal) through a contract.

The three cases studied consequently show that establishing contracts at the same time mobilizes additional financing, increases the effectiveness of the management of protected areas, and contributes to local development. In Ivory Coast, the Foundation for the Parks and Reserves of Ivory Coast has covered the recurring operating costs of Taï National Park where 140 people work. In Sierra Leone, the Gola Rainforest Conservation Company Limited by Guarantee employs 170 local people, including 49 forest guards who keep watch over the protected area. In South Africa, in 2014, the South African Province of KwaZulu-Natal had already achieved a third of its long-term objectives in terms of increasing the size of protected areas thanks to the contractual approach (a 268,000 ha increase in protected areas thanks to the mechanism implemented, with a target of 842,000 ha of areas by 2028).

Contractual approaches: The key role of actors on the ground

The role played as intermediaries by actors on the ground, first and foremost NGOs and donors, is key to the success of these contractual approaches. The NGOs Birdlife in South Africa and The Royal Society for the Protection of Birds in Sierra Leone, or GIZ (German cooperation agency) in Ivory Coast: NGOs and donors alike create and maintain links between the various contracting actors and assist them in the implementation of conservation actions. They are in the various countries for the long haul and establish stable institutional and personal relations with the different partners, which are essential when the objective is to implement this type of project. In addition, they facilitate the creation in the country of a group of men and women who are influential and committed to the desired change. Their political clout at local and national level is an important condition for the success of these new tools.

NGOs and aid agencies also ensure that local and national capacities are continuously developed. In Sierra Leone, for example, they must seriously raise the awareness of traditional chiefs, who sign the agreements with the NGOs and the Government. Similarly, in South Africa, the regional public administration needs to be trained in how to make voluntary agreements with landowners. Without this “capacity building”, it is highly likely that the contractual approach will be misunderstood, giving rise to suspicions and frustrations.

The limits of this approach

These financing instruments are effective in practice but can, however, complicate relations between the various conservation actors. These instruments are dependent on multiple contracts and unreliable income generated on the carbon and financial markets, thereby creating uncertainties which it is necessary to learn to manage.

Firstly, markets trends are unpredictable, meaning that the revenues they generate are unreliable. Prices on voluntary carbon markets are at a record low (USD 3.3 a ton in 2015) and the volume of credits sold is currently limited. Similarly, in recent years, the sluggish global economy has weakened the performance of financial markets. In this respect, environmental trust funds remain financially limited, or exposed to risk-taking.

Secondly, the contractual approach involves certain costs during the discussions, negotiations and monitoring of all the agreements signed. In the short term, these “transaction costs” are barriers to the implementation of the desired governance in protected areas. In Sierra Leone, the agreements had to be signed with the 122 neighboring communities and traditional owners, and other contracts have been signed between the Government and the private company. In South Africa, obtaining the signature of all the documents can also delay the process by over a year.

All in all, innovative financing mechanisms for conservation demonstrate an encouraging pragmatism and effectiveness. They do, however, come up against a limit: their complexity may hinder their implementation on a larger scale. This is a point requiring special vigilance, which will warrant the attention of all the actors concerned.

Action for biodiversity: Going beyond “OR” to initiate “AND” !

[1] An Environmental Trust Fund (ETF) is an independent legal entity with an investment structure which aims to pool financial resources and earmark the available resources for environmental actions. An endowment fund is an ETF where the capital is permanently invested and only the revenues generated are used to finance grants and activities.

“Biodiversity is Our Life Insurance” 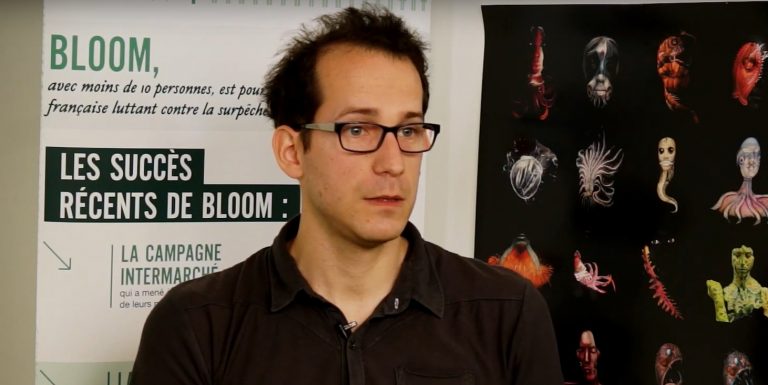 Overfishing: transparency can change the system