Facebook Twitter Link
Copied to clipboard
Aerial view showing a truck carrying tree trunks along a road in a deforested area in the surroundings of Boca do Acre, a city in Amazonas State, in the Amazon basin in northwestern Brazil, on August 24, 2019. (Photo by LULA SAMPAIO / AFP)

The globally progressive loss of intact ecosystems that fall victim to fires or clearing, for example, is dangerous in all cases. The highly relevant ecosystem services that have to do with regulating the climate or the landscape water balance are being critically reduced.

On satellite images, many forests now look like city quarters crisscrossed by roads. For forest use, a dense network of forest roads and logging trails kept free of trees keeps growing. Large machines, such as harvesters, and ever-larger timber transporters, have made their way into the forest in the interests of economic efficiency. To the point that forest fragmentation has now become a major problem for ecosystems.

Roads are harmful to the wild and its ecosystems in many ways. Roads have direct impacts on animals. For example, animals hardly manage to cross roads, the risk being that their populations will be cut up. In areas with high road density, population sizes and genetic diversity decrease. Roads also emit noise, which can lead to behavioral changes and avoidance among animals. Additionally, roads and driving on forest floors lead to an underground fragmentation of ecosystems. Lastly, roads are characterized by microclimatic and material edge effects that affect the adjacent ecosystems.

But one should not dismiss the indirect impacts of roads either. Those latter result from, among other things, the many human activities that occur along roads, from resource use, such as hunting, to increased fire risk.

Roads trigger, catalyze and amplify threats to biodiversity. How damaging roads are is therefore context-dependent. They can introduce entirely new stressors into previously intact ecosystems, such as new invasive species, for example. Where there are many roads and many human activities, there are complex additive or cumulative effects. In densely populated areas with many roads, such as Central Europe, they pose a major threat, as they significantly reduce the adaptability of biodiversity to environmental change. In the last large wilderness areas, such as in Papua New Guinea, road construction catalyzes occupation of land and expansion of the agricultural frontier.

From direct observations by organisms to remote sensing data, there is now a wide spectrum of tools that helps to understand the consequences of roads construction. Research also shows how roads can negatively impact people and societies, with direct problems for their health, resulting from noise and pollution. What is also being discussed increasingly in the light of the current pandemic is that roads driven into the last wildernesses also increase the risk of people coming into contact with new types of pathogens.

With my research team, we work a lot with different spatial data. Few years ago, we have catalogued the world’s roads on the basis of 2013 road dataset. We found that about 80% of Earth’s terrestrial surface remained roadless. That included polar, desert and high mountain areas. Besides that, the roadless areas were fragmented into about 600,000 patches, more than half of which are less than one square kilometer and only 7% of which are larger than one hundred square kilometers.

We have just completed a re-analysis with a more recent road dataset and we find that we have now 50% more roads and much less larger roadless areas! In many places, forest areas have merely become patchworks.

The edge effects of roads urgently need to be reduced and mitigated. That can be done through forest edge design and by allowing more trees, hedges and woodlands in the open countryside. Furthermore, the construction of new roads must be examined much more critically for the fragmentation of ecologically valuable areas cannot continue.

To this end, we need to communicate more strongly why those areas are so critically important. Wilderness areas and roadless spaces are extremely useful because of the regulating ecosystem services they provide. We will fail if we do not at the same time question our model of development and prosperity. Is it justifiable to cut up and destroy forests forever so that people can arrive at their destination a few minutes earlier in their vehicles? Is the mobility of people living today more important than the livelihoods of future generations?

Zeppelins and other smart solutions

If we continue with road building worldwide as we currently do, there is little to no chance of preserving the large intact wilderness areas in the tropical and boreal forests, for example. The consequences for biodiversity and climate would be drastic and completely irreversible.

What people need is access to mobility and transports, but not necessarily roads. In the densely populated and completely congested areas of industrialized countries, we urgently need a mobility turnaround anyway. We have to move away from individual transport to smarter and attractive solutions that require less space and infrastructures.

In order to end the decline of roadless areas, we need to create more protection. In comparatively road-poor areas, for example in the Global South, it would be important to provide transport options that are not tied to the expansion of road networks. This could mean rail or air-bound options, perhaps even with new types of vehicles, such as a new generation of zeppelins. This would require significant investments, which would have to be supported by the Global North. Ultimately, preserving the last great roadless spaces is in the direct interest of all humanity. 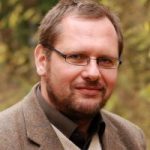