This interview was published in the framework of our partnership with
–

The development of agriculture in Africa remains a core challenge, including for the achievement of the Sustainable Development Goals (SDGs). Mohamed Ould Tolba, Chief Agricultural Economist at the African Development Bank (AfDB), explains how African countries which are rich in agricultural raw materials must make efforts to process them on the spot before exporting them.

How do you account for the lack of processing of agricultural raw materials on the spot in Africa?

Several constraints have prevented African countries from doing it. One example is the shortage of energy supply, limiting the possibilities for storage and processing. There is also the lack of road infrastructure (paved roads and railway networks), which hinders the delivery of agricultural products from production areas to markets and causes major post-harvest losses.

What is the reason for this change?

There are beginning to be fewer constraints related to energy and the existence of transport networks, thanks to the investments made by Ivory Coast and Tunisia. Many African countries have made progress in the business environment. The combination of these factors creates more conducive conditions for private investment, because, let us not forget, agricultural product processing is in the hands of the private sector.

Road infrastructure is a crucial issue. It involves connecting rural areas to urban centers, which are places with large agricultural markets, but also connecting countries, in order to develop regional trade. In Cameroon, 40% of the annual production of plantain banana is lost due to the lack of adequate road infrastructure.

Over the past ten years, AfDB has been working along these lines in the context of multinational projects for roads which connect countries in the same subregion (with the Douala-Bangui, Douala-N’Djamena, Bamenda-Enugu roads which connect Cameroon to its neighbors, or the Dossoula-Dolisié road between Congo and Gabon). It also involves financing national projects with components to open up rural areas. Furthermore, AfDB also supports the development of storage and marketing infrastructure (shops, warehouses, markets), technical capacity building for players in the value chain, as well as the implementation of appropriate agricultural policies. All these actions contribute to reducing post-harvest losses. But there are huge needs and much remains to be done in this field.

Climate change: “We cannot leave African farmers by the wayside”


In what way is agricultural development crucial to the achievement of the SDGs?

SDGs 1 and 2 aim to eradicate all forms of poverty and hunger and primarily concern rural communities. Two-thirds of the population of the least developed countries (LDCs) live in rural areas, where poverty is twice as high as in cities. SDG 6 aims to guarantee access to water and rural sanitation for all and ensure the sustainable development of water resources. In the Southern Sahara, as many as 319 and 695 million people do not have access to drinking water and sanitation, respectively. Here again, a large proportion of these communities live in rural areas.

Consequently, a strong focus on rural development in national strategies will be necessary in order to achieve the SDGs. This is especially true because rural communities can play a more important role in creating wealth and growth, particularly in Sub-Saharan African countries, where the share of agriculture in GDP remains high (15.6% for Senegal, 19% in Cameroon, 32.5% in Rwanda, 28.1% in Madagascar and 50% in Chad).

Why has the development of rural areas not been the priority up until now?

Rural development, or at least agriculture, have always been announced as priorities by African governments. This focus was reflected in objectives for food self-sufficiency or food security, which have always been included in development programs in Africa. There are, however, a whole host of needs and resources are limited. The means required for rural and agricultural development have consequently not always been followed through, despite the commitments made under the Comprehensive African Agricultural Development Programme (CAADP) led by the African Union (AU) since 2003.

Do African products have satisfactory access to international markets, particularly in Europe?

European standards are often demanding in terms of quality and food safety. They are a fundamental factor in a market where producers can have no influence. It is necessary to adapt to them, which several African countries do when they export agricultural products to Europe.

For example, in 10 years, Kenya and Ethiopia have become major exporters of horticultural products to Europe. These results have been achieved thanks to a dynamic private sector supported by appropriate government policies to develop infrastructure and logistics, as well as access to land, credit and marketing.

This proves that African farmers have the competence necessary to tailor their products to demand, even on a demanding market.

Is progress being made with food security in Africa, where the demographic transition is underway?

This is a fundamental issue for Africa, the continent which suffers the most from malnutrition with 232 million undernourished people, i.e. approximately 20% of the population, against 12.1% for Asia and only 5.5% for Latin America and the Caribbean. Africa’s bill for net food product imports stood at USD 35.4bn in 2015, mainly concerning about fifteen food chains, including five for staple products – wheat, sugar, rice, beef and soya.

Yet Africa has huge potential for agricultural production, with 60% of the unexploited arable land in the world. The efforts made to ensure Africa’s food security are clearly not sufficient. It is for this reason that “Feeding Africa” is one of the five main priorities of the President of AfDB, with an action plan to transform African agriculture following on from the high-level conference organized in Dakar in October 2015.

What recommendations would you make to African policymakers in order to fully exploit agricultural resources?

Agriculture needs to be considered as a business and agricultural development policies need to be designed to this end. Governments should create an environment conducive to business development in the agricultural and agroindustrial sector, and invest in basic infrastructure in order to create conditions conducive to private investment.

Public authorities should improve their tax systems in order to increase their budget allocations to the agricultural sector. They could also introduce incentives to channel diaspora remittances towards agricultural investment, promote foreign direct investments and develop South-South partnerships in agroindustry.


And what are your recommendations to donors?

Donors need to better coordinate their efforts in order to create a maximum of synergies in their operations. They need to focus their cooperation more on agricultural and rural development and use their influence to ensure that African countries make agricultural development one of their top priorities, in particular by earmarking adequate levels of their budget for this sector.

Finally, they need to make a long-term commitment to financing the agricultural sector in order to help countries implement the required agricultural policies and infrastructure, and create an environment conducive to private investment. 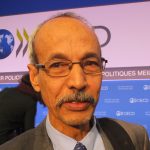