In 2019, the world lost around 3.8 million hectares of tropical primary forest, according to satellite data from the University of Maryland released on Global Forest Watch. A surface equivalent to a football pitch, lost every 6 seconds for an entire year. And the coronavirus pandemic poses additional threats for our forests in the future.

Primary forests are areas of the world that have not been disturbed in recent history by human activity or by other natural occurrences. As such, they tend to be very important for carbon storage and sequestration. They also play a key role in the conservation of biodiversity as they harbor a richer array of species. Once a primary forest is lost, it takes a very long time to regain its quality. There are studies that point to it taking hundreds of years to return to a primary state, depending on the region. It is essentially gone for the foreseeable future.

Studying primary forest also allows us to look at loss where we know there should not be loss happening or that there should at least be some concern about it. Tree cover loss data derived from satellite imagery can include loss in plantations or managed forest, which is expected and not a cause for alarm.

In 2019, primary forest loss has been significant. What is the trend over the years?

In 2019 alone, we lost around 3.8 million hectares of tropical primary forest. Over the years, loss remains high across the tropics. We are unfortunately not seeing the types of reductions that we would expect to see, based on the pledges, efforts and discussions that have happened over the years about trying to reduce deforestation. It is about 1.8 gigatons of carbon dioxide emissions that are released due to primary forest loss in 2019 alone. That is the equivalent of 400 million cars emissions.

What are the main causes of deforestation today?

It varies a lot depending on the region. In Latin America there is a lot of commodity driven deforestation, and losses due to beef and soy production. In Central Africa there is much more shifting agriculture, which is a type of rotational agriculture. It is often subsistence farming which means that people are just trying to feed themselves or their local communities. Finally, in Indonesia, the main causes are commodity driven deforestation, oil palm plantations, and timber production.

It is important to distinguish loss that is due to profit from companies or crime groups, and loss due to people who are relying on the forest for their subsistence, or as their social safety net. For the latter, actions can be taken, for example creating jobs or cash transfers that can help alleviate those types of forest clearing.

Are their reasons to be worried about how the COVID-19 pandemic could affect forests in 2020?

There is reason to be concerned, even though it is still too soon to tell quantitatively. In the short-term, we may witness a lack of enforcement. It is going to be more challenging to monitor and respond to deforestation because of restricted movements or reduced capacities from the groups that typically do this type of work. We’re also concerned about fire prevention and mitigation, as additional air pollution could exacerbate COVID symptoms.

This points to the importance of a lot of the indigenous and forest-dependent communities who live within these ecosystems or nearby. How important they will be in continuing to defend the forests. Even in normal times, these groups have been very effective in defending their home environment from deforestation, so it’s critical these groups hold legal rights to continue to protect their land.

Could the crisis affect forests in the long run?

Forests may also be affected by loosening environmental protections in the name of economic recovery. This happened in Indonesia during the Asian financial crisis. However, there has been a positive sign that it might not be happening in Indonesia. We heard reports that the Ministry of Environment and Forests did reverse an initiative by the Ministry of Trade to suspend the country’s forest legality program. They wanted to boost timber exports in the name of economic recovery and this initiative was stopped. What happened in Indonesia is a positive indication as well as a concerning example of an attempt to roll back an important regulation.

To tackle climate change, we must change the development model of our economies 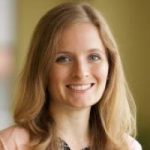