What exactly needs to be rebuilt?

Is it necessary to rebuild the old or to build anew? The analysis of statebuilding attempts over the past ten years shows that there is no consensual answer. For the international community, it involves rebuilding the security and social functions of the Weberian State: a State that provides basic social services and holds the monopoly of legitimate violence. For local elites, it generally involves rebuilding what existed prior to the conflict: a predatory, authoritarian and repressive State which was responsible for the conflict. The reconstruction project is very often fundamentally flawed by these contradictory visions, and the vague attempts to reform governance come up against the famous “lack of political will” – a sentence that is often found in the evaluation reports of the donors’ post-conflict governance programs. In practice, the dialectic of reconstruction between the international community and local elites leads to the reconstruction of the State’s security and financial pillars being prioritized and the reconstruction of health and education services being considered as secondary. Consequently, the authority of the State is given priority to the detriment of the legitimacy of the State. In the Central African Republic, the bulk of the technical assistance efforts made by France and the European Union currently concern the financial and security ministries and not the social ministries.

How to rebuild the State?

Paradoxically, the international community is too often guided by a more legal-administrative conception of the State than a political-sociological conception. They conceive it as an organization with functions and prerogatives defined by law and which automatically implements this law. This conception leads them to focus their efforts on the reform of the legislative framework, on capacity building for administrations and on their reorganization – in accordance with the principles of the new public management. This sometimes makes the process to rebuild the State look like an administrative mechanic who fails to consider the body of the State: its sociology (Who are the civil servants? What are their motivations and their visions?) and its challenges (What are the conflicting or converging interests in the various departments?). Administrative reconstruction plans devised and financed by donors very often look like the plans of the positivists in the 19th century for a rational organization of society: perfect and impractical. Similarly, the capacity building programs have little impact due to a failure to understand the realities and the codes by which the local administration functions. Because they are unaware of the realities hidden behind the word “State”, the statebuilding guided by Western administrative rationale is generally doomed to failure.

Who should the State be rebuilt with?

The international community’s response to this question is unanimous: with the governing authorities. When it involves a transitional authority (Somalia, Central African Republic), for the international community, elections are an essential stage. Yet as they are the result of armed compromise and negotiations, it is highly likely that these elections will bring into power a combination of warlords and corrupt politicians who all have a share of responsibility in the past conflict. The composition of post-conflict governments is often problematic and explains why the reconstruction project of the Weberian State drifts towards the neo-patrimonial State – a drift illustrated so well by the Democratic Republic of Congo, which has been governed by a “light Mobutu” (expression taken from the newspaper Jeune Afrique) since the elections in 2006. In many cases, these governments are the expression of an ethnic domination (Rwanda) or a compromise that is both too shameful to mention and fragile (Southern Sudan). The principle of the New Deal, by which the post-conflict government must define reconstruction priorities, is not tantamount to asking a patient to make his diagnosis, but to asking a criminal to invent a new criminal law policy and to commit to financing it. This principle, however well-intentioned it may be, is based on an overly theoretical and abstract vision of the State. The State is neither good nor bad in itself, quite simply because it does not exist. What exists are presidents, ministers, officials, etc. Consequently, the priority cannot be to build the capacities of an abstraction, but the selection of honest and competent leaders and officials with whom this capacity building may be useful. Before spending millions on capacity building, donors should analyze the human capital in the countries in which they intervene in order to know whether there is likely to be a return on their investment.

To date, there has not been a convincing response to these three questions. But beyond the work of the mechanic at play in the reconstruction of the State of Somalia, Southern Sudan or Afghanistan, there is a need to question its relevance in terms of history. Are these countries that are imbued by longstanding divisions more in need of nationbuilding than statebuilding? Unfortunately, for the time being, the international community is either unaware of nationbuilding or considers that statebuilding mechanically generates nationbuilding. 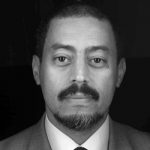