There are an increasing number of forward-looking studies in Africa, in particular with a view to “emergence” plans for 2025 or 2035. It is a double-edged practice: while it is becoming urgent to better anticipate the future, due to the ongoing demographic transition, forward-looking studies continue to be a fragile tool, as they are exploited for political purposes. This is what is explained by the Senegalese expert Alioune Sall, Director of the African Futures Institute (AFI) in Johannesburg, a consulting firm which assists a number of governments and institutions in the development of their forward-looking studies.

Is prospective foresight possible in Africa?

This type of reflection can never be taken for granted anywhere in the world, and especially not in Africa. In certain countries where the African Futures Institute has been called on to carry out prospective studies, we have had to stop the ongoing research, such as in Zimbabwe and Mauritania, due to changes in the domestic political context. Elsewhere, we have completed the studies, but without a real democratic debate on the possible visions for the future taking place at the end of the process.

Have you seen serious crises looming without being listened to?

The fate of the forward-looking study commissioned by the Côte d’Ivoire authorities in the late 1990s seems emblematic from this point of view! The coup d’état by General Robert Gueï in December 1999 had been broadly expected and almost described in 1995 in a scenario entitled “The Scorpion Suicide”. This scenario made a detailed inventory of the conditions which would lead to the eruption of the army on the political scene.

However, here again, the debate on these circumstances and on the ways of averting them did not take place. At the time, the Côte d’Ivoire authorities thought that foresight experts were simply Cassandras – prophets of doom likely to give bad ideas to opponents described as “enemies of the nation”. The authorities, applying the famous head-in-the-sand policy, ignored this scenario and even wanted to prevent it from being included in the report. By contrast, they were quick to take on board the most optimistic scenario, called “The Elephant on the Move”, and turn it into their campaign program.

In Mali, the State crisis and incapacity of the State to create a nation were already clearly apparent back in the 2000s. Scenarios developed back in the late 1990s in the context of “Mali 2025” saw the possible propagation of a separatist ideology, to the extent of seeing the north of the country distance itself – or even gain independence. These warnings were not sufficiently listened to.

What is the use of prospective foresight if it is exploited by contested authorities?

Exploitation is a risk, but which does not justify not doing anything… Encouraging countries and regional and continental institutions to undertake forward-looking studies is tantamount to asking a child to brush his teeth. This gesture does not immunize you against tooth decay, but not doing it exposes you to definite risks, one of the most serious of which is of being a victim of tooth decay! In other words, prospective foresight is a good exercise of social hygiene…


Which are the important documents concerning the future of the continent?

“Vision 2050” has been developed by a small group led by Horst Köhler, former Director General of the International Monetary Fund (IMF) from 2000 to 2004 and former President of Germany (2004-2010), with Benjamin Mpaka, former President of Tanzania (1995-2005). The bulk of this document was written by former IMF officials who stand up, once again, as the apologists of the private sector and African capitalism – as is the case with the African Union’s (AU) Agenda 2063 for Africa. Basically, most of this research is based on the idea that globalization is unavoidable and that Africa can derive greater benefit from it.

No, I don’t, an alternative globalization can occur, which is the opinion of the Third World Forum led by Samir Amin or of the African Futures Institute network.

In the publication entitled “Africa 2025” (Unisa Press, Pretoria, 2003), we proposed four scenarios likely to lead to either worsening the economic crisis, with or without an increasing number of warlords, or to a loss of ancestral values to support globalization, or to an “African” growth without having to reject its history and specificities. The last scenario is that of an Africa which, while taking advantage of its natural resources, geographic location and the market, would take on the “overalls” of industrialization, while ensuring that it “preserves its soul”, as the Senegalese writer Cheikh Hamidou Kane so rightly said – with its own systems of saving, solidarity or wealth redistribution, for example. In this publication, we anticipated more in-depth reflection, which is currently underway with, in particular, the essay by the economist Felwine Sarr Afrotopia (Philippe Rey/Jimsaan, Paris and Dakar, 2016) about a development model which would not be a poor copy of the West.


What model would you recommend for Africa?

For the time being, an original development model tailored by Africans for their own continent does not exist anywhere. It will only come into being if alliances are built between African forces and progressive forces in the North, with a vision that is not only consumerist and liberal. In the context of the social, political and environmental crisis in the world today, those who wish to resist the neo-liberal steamroller will no doubt need to be sought with the movements of ecologists, civil society, and all those who question the current model.

Are there not development models emerging on the continent?

In my opinion, it is always difficult to find a single development model, whether on the continent or elsewhere in the world. Certain countries are held up as examples, at the cost of simplifying the reality. We can choose to give priority to certain aspects, even if it means leaving others out. Botswana, Mauritius and Rwanda are considered as good pupils, as they have original aspects in terms of planning and managing development, in a context of globalization.

Rwanda is thus positioned as a hub for new technologies in East Africa. This country has experienced growth which has led to tangible benefits: per capita income tripled between 2003 and 2012, as was the case for enrolments in primary education. These experiences, however appealing they may be, are not without weaknesses or risks.

Consequently, a number of agencies hold up Botswana as a model of good governance, because elections are held on the scheduled date, with a functioning Parliament, independent judiciary and free press. In reality, the procedures for devolving power have concentrated it in the hands of President Ian Khama, son of the first president and founder of the Republic of Botswana, Seretse Khama. Ian Khama is Lieutenant-General, he has been commander of the armed forces, Vice-President, then President since 2008 and, in addition, is leader of the governing party.

In Rwanda, a charismatic leader, Paul Kagamé, has imposed a certain discipline, which has allowed undeniable victories on some fronts: access to elective offices for women, urban sanitation, and the fight against corruption. But how long will the model last? One can ask whether Rwanda does not remain fragile because it is based on an authoritarian regime which sooner or later runs the risk of being challenged.

All the efforts made to achieve greater transparency in the field of taxation, business law and the electoral code are welcome.

Similarly, everything which contributes to reducing regional disparities and inequalities between social groups is worthwhile. For example, the Ghanaian authorities are working to develop the northern regions, which are poorer and less developed than those in the south of the country.


A large number of initiatives are undertaken at the level of grassroots communities, but remain confined to these levels. It would be good if national decision-makers and cooperation agencies abandoned their spectacles of macroeconomists and observed what is done in the field.

For example, the Gogo Project (“Grandmother Project”) in South Africa has been a forerunner in community-based care for children orphaned by HIV/AIDS. This project was only supported by external partners in a second phase, because they did not believe in its beginnings. Similarly, a community healthcare project in Botswana has seen the pharmaceutical company Bristol-Myers Squibb decide to support a movement which originated in villages, where the HIV/AIDS prevalence rate was particularly high. It is very often thanks to NGOs that innovations – the seeds for change which will transform societies – are identified or supported. 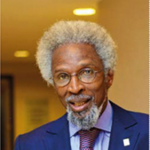