AFD Director in Cameroon and CAR

Following the Paris Agreements in 1991, Cambodia benefited form massive and costly international aid to rebuild the country. In the late 1990s, elections led to the appointment of a government, the country took off and its growth rate with it.

Over the past two years, the European Union, Germany, France and the Netherlands have contributed EUR 64m to the multi-donor Bêkou Fund for the Central African Republic, while military operations (Minusca and Sangaris) have cost almost USD 1bn in a year. Although the fund has allowed some projects to be launched rapidly in the field and has recently received new pledges (EUR 380m), the financial volumes are well bellow the actual needs to (re)build a country.

To help a country emerge from crisis, aid must be substantial and balanced between civil and military expenditure. Conversely, if it does not reach a critical mass and instability persists, it is pointless. Cambodia and the Central African Republic will serve as an example.

Profitability of aid: The example of Cambodia

Between 1992 and 1993, the international community invested USD 2.5bn in Cambodia. In 15 years, GDP tripled, reaching USD 7.7bn in 2008. The creation of UNTAC (United Nations Transitional Authority in Cambodia), which managed civil and military aid, cost USD 1.7bn and international aid over the first two years reached USD 800m. The economic benefits were 11 times higher than the total amount of aid, giving a profitability of 28% a year over a 15-year period (details of the method are given in this article in French). We may assume that without this massive aid, the country would have remained in chaos.

It is true that international aid flows did not decline afterwards, even accounting for 10% of GDP, and Cambodia’s external environment was favorable. It is true that its neighbors (China, Thailand, Vietnam) invested in the country’s productive sectors (textiles, hotel industry, plantations…) and real estate. However, these investments would not have been made if international aid had not allowed the rehabilitation of infrastructure, the adoption of supportive legislation, macroeconomic stabilization and the country’s integration into the global system.

The process brought about some pernicious effects in the medium term. The dollarization paralyzed the implementation of a more effective monetary policy and a better-focused credit policy. The profits made from the services provided to UNTAC at a high price led to the emergence of Cambodian entrepreneurs, but also to unbridled and undertaxed capitalism that showed little respect for the rules. All this exacerbated the rise in inequalities. But these economic choices were made by the Cambodian authorities and not by international aid.

Application of the model in the Central African Republic

The Central African Republic has lost all structure for at least two years: its administration has disappeared, basic services are inexistent, economic activity has ground to a halt, agricultural production has collapsed and roads are impassable.

If international aid wants to support the Central African Republic as it supported Cambodia, the needs are estimated at USD 4bn. This will make it possible to start setting up an administration and train its officers, ensure security, develop basic infrastructure, revive agriculture… Foreign investments and their virtuous circle could subsequently return. Development plans abound: for example, the PURD (Emergency Sustainable Recovery Program for 2014-2016) has made an inventory of the necessary expenditure, divided between the economic and governance components and social sectors.

Between 2012 and 2013, the Central African Republic’s GDP lost a third of its value and fell by USD 1.3bn. An initial effort of USD 4bn could allow a return to a GDP of USD 2bn in 5 years (i.e. an annual growth of 10%), then an annual growth rate of 5% over the 10 following years: the annual profitability of aid, considering the growth differential compared to a growth assumed to be zero, would stand at 15%. These results are not unrealistic and in 10 years, the Central African Republic would recover a per capita GDP close to that of Burkina Faso.

However, aid modalities are just as important as the amounts. USD 1bn of aid entirely made up of imports (consultants, supplies and equipment) is not equivalent to USD 1bn that creates local added value. A realistic effort is required to use local supplies and, consequently, accept a lower quality, among other things. A ratio of local expenditure should measure the quality of aid.

The first is the country’s acceptance to temporarily share sovereignty. It is inconceivable to transfer substantial amounts to a country that has lost all structure without controlling their use (closely, but jointly). While the international proposal is sufficiently attractive and accepted by all, a stability agreement could be established for a period long enough to kick-start positive dynamics. The Convergence Pact of the Central African Government suggested for the donors’ conference in 2012 was along these lines by proposing “a mutual, dynamic and flexible agreement between governments and development partners… and by sharing responsibilities and risks, while strengthening the predictability of Official Development Assistance”.

The second is that political stability will support a renewed growth path. But the fact remains that financial aid cannot singlehandedly resolve everything. It must be combined with all diplomatic, political, cultural and religious efforts aiming at national reconciliation. It must create the conditions necessary to promote foreign direct investments in the Central African Republic’s growth sectors. Aid must learn lessons from all past failures. The recent Pharos[1] report, which aims to understand the cultural and religious aspects of the crisis in the Central African Republic, illustrates this need for a holistic approach.

The profound destabilization of crisis countries is extremely costly. These calculations, however rough they may be, lead us to think about the choice that we need to make in order to avoid additional costs. If aid amounts are below the critical mass, aid is ineffective and loss-making.

The Central African Republic will not emerge from the chaos thanks to peacekeeping forces alone. Furthermore, a long-term destabilization of this country, which is a crossroads in Central Africa, will not remain without consequences and will lead to further costs.

This reasoning can be applied to Sahelian countries and the cost of inaction (or of partial action) is worth calculating using different scenarios, without ignoring the potential consequences on developed countries.

Industrialized countries have understood, excluding any calculation of profitability, that it was beneficial to spend thousands of billions to overcome their financial crisis at home. Faced with the human tragedies of today and tomorrow, how can we account for this reluctance to intelligently channel much lower flows towards countries on the borders of Europe? 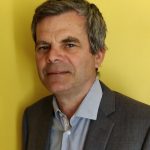 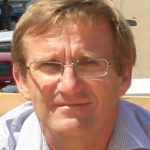 AFD Director in Cameroon and CAR