On Africa’s Saharo-Sahelian fringe, which is marked by low and irregular rainfall, pastoral stockfarming is one of the only productive and profitable activities that can be successfully developed.

Agence Française de Développement’s (AFD) original experience in Chad and Niger over the past 30 years shows that:

In May 2013, the regional symposium in N’Djamena entitled “Pastoral livestock: A sustainable contribution to the development and security of the Saharo-Sahelian areas” showed how regional political authorities are involved in this approach. Indeed, the final declaration defines “pastoral livestock and the mobility of persons and herds” as a top priority.

An innovative, effective and sustainable approach

The basic approach used by AFD, which gives priority to mobility, was innovative back in the early 1990s. It was also to a large extent heretical, as it went against the “modernizing” docta, which aimed to intensify livestock farming by sedentarizing it around mechanized boreholes and developing feed crops. It is based on the fact – which has now been widely demonstrated – that traditional systems used by herders (nomadism and transhumance) are the most appropriate and most effective modes of tenure in the Saharo-Sahelian areas. They allow the animal load to be continuously adjusted to grazing capacity with considerable flexibility and thus contribute to avoiding the degradation caused by an extended stay of animals on the same grazing land. Furthermore, mobile systems improve the renewal of ground vegetation through the combined effect of fertilization from animal manure and the transport of seed by animal digestion. Finally, they maximize the production of protein per hectare compared to sedentary systems.

The pastoral water projects supported by AFD in Chad and Niger have led to the implementation of the following activities:

Traditional systems used by herders (nomadism and transhumance) are the most appropriate and most effective modes of tenure in the Saharo-Sahelian areas.

Recent independent studies, and particularly the study conducted by the International Institute for Environment and Development, have shown that these operations give very positive results. They notably create value and employment for herders.

On average, the projects have a return of about 12% and provide herders with almost twice the income that they could earn in unskilled employment in cities.

A decisive role for security in Saharo-Sahelian areas

Sahel and Saharan areas with very low population density are generally neglected by donors and poorly covered by national administrations. This is one of the main reasons for the insecurity that has developed in these areas. Pastoral water projects, which have a footprint covering several hundred thousand km², provide a presence through the teams that operate in these areas. These teams, through their in-depth knowledge of the environment and their involvement in an activity that is highly appreciated and deeply symbolic (creation of water points), benefit from the confidence of residents and contribute to informing about the actual situation in terms of security and communities’ expectations.

The participatory approach implemented to locate and manage facilities (water points, transhumance tracks) has allowed a contact to be established between herders and farmers who were not very used to engaging in a dialogue and has thus eased tensions. It is worth noting that there has been no bloody conflict over the facilities created by the project for fifteen years (this is remarkable in view of the situation in Chad and Niger) and that all emerging conflicts have been settled by the consultation bodies which have been created, without having to take the case to the administration or to court.

The severe droughts, which destabilize pastoral communities by wiping out a substantial part of their livestock, can disrupt the environment and lead to insecurity. The infrastructure networks that have been established make it easier to withdraw herds in the event of disasters and thus play an important role in the resilience and stability of pastoral communities.

One of the fundamental requirements for the viability of pastoral stockbreeding is the possibility of establishing links between Saharo-Sahelian pastoral areas and Sudanese areas. Indeed, the pastoral system has no viability if animals do not have access to the wetter Sudanese areas during the dry season. At the same time, sedentary farmers in southern areas enrich their soil with animal manure and are increasingly becoming involved in stockfarming activities by entrusting their animals to transhumant pastoralists. The sustainable development of Saharo-Sahelian areas cannot be considered in a vacuum: the long history shows the existence of strong ancestral ties and systems of alliance between nomadic and agricultural populations in the South. Pastoral mobility is central to AFD’s operations and focuses on this complementarity, which is essential to the establishment of lasting peace in countries that all have Saharo-Sahelian and Sudanese areas.

The development of activities to support pastoralism built on an approach developed in Chad and Niger is perfectly conceivable in other countries along the Saharo-Sahelian band (CAR, Mali, Mauritania). They can provide the most appropriate strategy to contribute to stabilizing these disrupted areas through development, provided they are tailored to the relevant situations. This is especially because they support the establishment of peaceful cooperative balances between stakeholders for the management of common goods and create a link between Sudanese and Sahel communities. 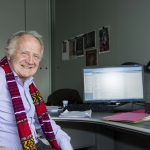