Head of the Climate division at AFD


The global consensus, an indisputable success

Two fundamental results were achieved during COP21. First of all, prior to the COP, virtually every country shared their national contribution, i.e. their national plan for the reduction of greenhouse gas emissions, or adaptation to fight against climate change and its impacts. Consequently, what was fundamentally new about 2015 is that every country committed, and not only the richest. In addition, the national contributions have led to broad consultations on the climate objectives with civil society in each country.

For the first time, climate action has become a common priority for action led by all: Heads of States and Governments, companies, trade unions, NGOs, local authorities, citizens. There was a massive commitment by countries at COP21 and during the following months: the Paris Agreement came into force less than a year after its adoption. Indeed, some 170 countries have now ratified the Paris Agreement, whereas it took eight years for the Kyoto Protocol adopted in 1997 to come into force!

The fact speaks volumes: pulling out of such a global consensus takes on a heavy political sense, especially because the impacts of climate change are increasingly catastrophic and visible.

The second irreversible outcome of the Paris Agreement is the recognition of the action of all stakeholders, beyond States. Companies, local governments, cities and civil society organizations have indeed committed. Furthermore, it has not been easy to keep track of all their actions as there are so many of them. This turning point has also prompted federal States, cities or companies in the US to make a strong announcement that they would continue to pursue their climate objectives whatever happens.

A milestone that remains insufficient to reach the climate objectives

The milestone reached in 2015 may be irreversible, but it is not sufficient in view of the climate challenges and emergency. We need to constantly take things further. The Paris Agreement itself provides with the revision of the commitments made by countries  every five years, because these commitments are not sufficient as they stand. The addition of national contributions does, admittedly, allow us to reverse our collective pathway, but this pathway is still leading us towards an unsustainable climate future. The latest United Nations Environment Program (UNEP) report estimates that we have only gone along a third of the path to achieving levels of emissions compatible with the scenarios respecting the target of 2°C.  It stresses the absolute urgency of increasing the ambition of the national contributions, in order to reduce the excessive emissions by approximately 11 to 13 billion tons of CO2 by 2030. To address this, COP21 also asked countries to build very long-term national strategies, for 2050 at least, so that their successive commitments can comply with this.


The commitment of all climate actors also needs to be maintained and scaled up in a positive manner, via a sustainable social project, rather than by reacting to negative announcements or to natural disasters. This is why long-term policies are so important. They provide actors, especially companies, with a framework and sufficient visibility to adapt their strategies and their climate objective. They strengthen the initiatives taken by local authorities, associations and individuals. The French Government’s “Climate Plan”, published on 5 July 2017, is a good example of this. Indeed, it provides for France’s carbon neutrality by 2050, and the end of the sale of cars running on petrol or diesel by 2040.

Make all financial flows compatible with the climate objectives

The Climate Summit on 12 December 2017, called for by Emmanuel Macron, aims to remobilize all actors on climate objectives. Strictly speaking, it is not part of the UN negotiation on the climate, but aims to take stock of concrete initiatives and projects, give new impetus to rally new actors for them, especially private actors, and announce new climate commitments. The summit will place special emphasis on the issue of financing, which is central to our climate future.


According to the reports on climate finance published every two years by the Climate Policy Initiative, the USD 100bn a year mark, pledged by 2020 and up until 2025 by developed countries, from both public and private sources, can be achieved. But this level of mobilization is insufficient. The Paris Agreement has three long-term objectives: limit global warming, strengthen adaptation and make all financial flows compatible with a low-carbon and resilient global development pathway. It is therefore not only a question of the famous 100 billion, but indeed of all the financing and investments that need to be made compatible with the global climate objectives. It is basically about not undoing with one hand what you build with the other, by continuing investments for an unsustainable economy, for example, in highly polluting fossil fuels such as coal. There continues to be resistance, in the North and South alike, in countries which have a coal industry, or which – wrongly – perceive coal as being reliable and cheap.

All financial actors, in the North and South alike, are concerned. This includes development banks, whose roadmap is clear: become 100% compatible with the Paris Agreement. 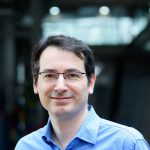 Head of the Climate division at AFD