Scientific Director of the BLOOM association

The ocean represents 71% of the world’s surface and 90% of the space in which life can develop. However, there are now four times more dead ocean zones than there were 50 years ago. Frédéric Le Manach is a specialist in international fisheries agreements and is Scientific Director of the BLOOM association. He believes that there are solutions to restore and preserve marine biodiversity and fishing resources, but they need to be better implemented and more transparent.

What are the most significant threats to marine ecosystems?

There are numerous threats, including overfishing, pollution, coastal urbanization, global warming, etc. The ocean absorbs a large part of the excess CO2 produced by humans, leading to acidification which disrupts all marine ecosystems. Corals and animals that produce shells or limestone skeletons all suffer as a result. It is a threat that is profoundly changing the way the ocean works. As for fish, which are cold-blooded animals, they cannot control their body temperature. As the waters warm, they follow the bodies of water that most closely match their optimal breeding and hunting temperature, moving from the Equator to the poles. Fish that used to live at the poles will disappear because they will no longer have access to water that corresponds to their biological make-up. Fish that used to live in more equatorial waters may become invasive in waters at higher latitudes.

How do these threats affect humans, especially people living in developing countries?

60% of the world’s population lives within 150 km of the coast. The increase in ocean temperature affects them directly. Water expands as it warms and the ocean recovers much of the melting glaciers. Rising water levels will cause increasing problems for coastal habitats. In addition, disasters such as floods will become more frequent, more numerous and more violent.

The change in the distribution of fish species is already affecting populations in developing countries. In the inter-tropical belt off Africa, there is currently a 30-40% decrease in the amount of fish available, as they are beginning to move up to Europe. The inhabitants of this coastal area are extremely dependent on the ocean for both work and food, and the decrease in the number of fish threatens food security. Any destabilization of marine systems has an impact on the economic and therefore political stability of countries.

These changes are occurring in a specific international context that is strongly controlled by fisheries agreements between developed and developing countries.

In the 1970s, Europe had two options to solve the problem of the overexploitation of its waters. The first was to significantly reduce its fishing effort to match the biological reproductive and recovery capacities of fish populations. The second option was to export the major fishing fleets to the fish-filled waters of Africa, which was the one that was chosen to continue supplying a growing market. This has caused tensions not only due to the fish, but also because of other resources on the seabed, such as oil and ores. To ease these tensions, the international community established exclusive economic zones: these are 370 km coastal strips in which coastal countries have sovereignty and whose creation was formalized by the 1982 United Nations Convention on the Law of the Sea. Since then, each country has been able to claim a strip of coastal waters around its coastline and obtain jurisdiction over the resources it contains.

The convention also made it possible to establish fisheries agreements. Europe and other fishing nations such as Japan, China and Russia have thus obtained the right to exploit the resources of countries such as Senegal and Madagascar in exchange for financial compensation and more or less transparent clauses. While the first European agreements did not include clauses on the social, economic or ecological impacts of fishing, those signed today do include such requests, such as landings of fish on the coast to feed local populations or the hosting of scientific observers on ships. At present, the most transparent agreements by far are the European Agreements with African countries. This is not so much the case for agreements established by China, Russia, Japan or Taiwan.

Do these agreements contribute to overfishing?

The legal basis for these agreements is the notion of surplus. If a country is fishing less than what can be sustainably fished in its waters, then there is a surplus that can be transferred to another country through an agreement. The problem is that we very rarely know how much can be fished and how much is actually fished. Most often, fisheries agreements indicate surpluses without any real basis. Some developing countries may also enter into several agreements at the same time to maximize economic benefits. In these circumstances, the agreements still contribute to overfishing even as they are meant to stop it.

What about public subsidies?

Many scientists agree that public subsidies are largely responsible for overfishing. Approximately $30 billion is allocated globally each year and 60% of this amount is known to finance harmful practices.

To tackle climate change, we must change the development model of our economies

How can development actors fight overfishing?

For us, the question of fighting overfishing and resource grabbing is a simple one. The solution is transparency. It is already in place in some cases, particularly in European agreements. But other operations remain more opaque, even in Europe. This is the case for the allocation of subsidies, quotas and fishing rights. We must stop funding tools that encourage overfishing. To do so, we need to know exactly how subsidies are allocated. Public subsidies should not be allocated according to the legal capacity of large industrial groups to formulate their requests, but according to social, economic and ecological criteria that make it possible to achieve the United Nations’ Sustainable Development Goals. We can transform the model through transparency.

Does the requirement for transparency have an impact on the behavior of manufacturers?

Of course, nobody wants to make it obvious that they are contributing to the destruction of resources. Actors of overfishing are quick to correct their behavior as soon as transparency policies are introduced. Moreover, transparency allows civil societies to raise awareness among the general public, governments and in industry in order to achieve much faster and more significant transformations in the fisheries sector. The same is true in all fields, such as energy and agriculture.

Another lever for transformation is the definition of marine protected areas. Should these conservation mechanisms be extended?

Marine protected areas create resilience in marine ecosystems. All over the world, these tools work very well when properly implemented: coral and sponges grow back, marine plant forests recover, fish populations increase. Some are calling for these devices to be extended to 30% of the ocean surface. But we must be careful: areas must be created where there are high fish populations and high biodiversity. These are also areas where governments’ ability to act is more limited because there is greater fishing activity. On the other hand, there is no point creating marine protected areas without adequate monitoring. In Europe, a recent study showed that high-impact fishing gear, such as bottom trawls, are more common in marine protected areas than outside them. The number of sensitive species such as sharks is higher outside marine protected areas. This is due to implementation, monitoring and control problems. If governments actually controlled access to these areas, such devices would be extremely functional. In addition, the ocean is not compartmentalized: a marine protected area is still affected by global phenomena. There is therefore a need for global awareness. The good news is that when you do things right, you get quick and positive results. Our efforts must therefore focus on the transparent implementation of our international roadmap. 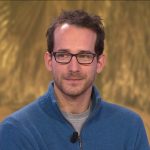 Scientific Director of the BLOOM association

It’s thanks to “blockchains” that cryptocurrencies can be created without a central supervisory authority. The bitcoin is one of these currencies, but it works based on “miners” who compete in computations. The result is energy consumption that’s both huge and unnecessary, according to Jean-Paul...
Interview

What can we learn about human beings by exploring the ocean floor? François Sarano, an oceanographer and writer, firmly believes that the encounter with wildlife and non-human living beings is an experience that transforms our binary vision which separates “humans” from “animals”.