Facebook Twitter Link
Copied to clipboard
A worker checks fish for export to Japan, China, Brunei, Thailand and Malaisia at a facility in Banda Aceh on October 2020. Photo by CHAIDEER MAHYUDDIN / AFP

Marines resources are crucial to the Global South

If the international community wishes to solve overfishing across all our blue planet, the priority must be to improve research and science as well as fisheries management in the developing countries, where the importance of marine resources cannot be overlooked.

It is no accident that the next World Ocean Day will be dedicated to showing the importance of the ocean and its resources as crucial means for the livelihoods of millions of people worldwide. Indeed, fish feeds nearly half the world’s population with almost 20% of their average intake of protein. In Bangladesh, Cambodia, Gambia, Ghana, Sierra Leone or Sri Lanka, the dependency on fish for protein intake is over 50%. Not only do ocean’s resources benefit people nutritionally, but they are also of social importance as whole societies can be structured around the fishing economy. In this regard, 85% of fish workers are in Asia, 9% in Africa and 4% in the Americas.

The reality is that millions of people depend on the ocean to survive. And this reality is only increasing as coastal communities continue to grow. It is expected that 70% of the urban population will live in a coastal city by 2025.

The need for urgent action: achieving sustainability in the developing countries

Unfortunately, the developing countries are not spared by overfishing. In Africa for example, the Namibian Hake Fishery has been overexploited for decades and the stock was on the verge of collapse. The fishermen made significant improvements in their practices to achieve a more sustainable fishing economy. Now, the fish stock is healthy and more than 10,000 jobs are ensured for future generations. This is a great example that sustainable development can occur.

Communities relies on renewable fish stocks for basic rights such as eating and working. Sustainable fishing is an environmental imperative but also a social and economic one. The Sustainable Development Goal n°14 is inevitably linked to SDG n°2 on zero hunger and SDG n°8 on decent work. The goals are set to be achieved by 2030, which is still possible if we intensify our actions.

Efforts have been made, but more has to be done for oceans

In the Global South, which is home to 97% of the world’s small-scale fishermen, greater numbers of boats are chasing fewer fish. The demand for marine resources is exceptionally high today. With reduced catches in the north, developed countries have increased imports from the global south to compensate. Seventy three percent of resources is now caught in the developing world, which is intensifying the pressure on fisheries in that part of the planet.

Efforts are being made toward sustainable fishing in the Global South. Indonesia for example, is using the power of data and innovative technology to fight against overfishing. In Latin America, sixteen fisheries are recognized by the Marine Stewardship Council (MSC) as sustainable and follow environmental principles. Besides, the largest fishery in the world, the Peruvian anchoveta fishery, has launched two fishery improvement projects. The sustainability achievement of Chile’s southern hake fishery was a true accomplishment.

Mexico has also reached an important milestone: a quarter of its resources is now recognized sustainable. In India, the Sustainable Seafood Network was launched in 2020 and brings together scientists, international organizations such as our organization the MSC, politicians, fishermen and academics in order to popularize projects to improve fishing practices, influence local governments and advocate for funds. The platform funds assessments and improvements projects, for example for shrimp and cephalopod fisheries in Kerala. Fisheries are now bringing improvements in areas such as stock assessments or harvest control rules.

For too long, the entire fishing industry has not paid sufficient attention to fishing activities in developing countries. If the common will to end overfishing globally is serious, it can no longer ignores half of the world.

Local solutions for a global challenge

To save the oceans, solid knowledge of finance, capacity, data and governance constraints that these southern countries face on a day-to-day basis is necessary: the lack of infrastructure, technology, fragmented small companies and a higher vulnerability to climate change are challenging obstacles to overcome.

Funding for the “blue economy” needs to be dramatically increased, in order to promote more sustainable initiatives and meet the needs of fishermen, governments, organizations and companies that are willing to follow a virtuous approach, and to strengthen science research (improve gears selectivity, reduce bycatch, …). Building the capacities of local actors is also fundamental, as they play a vital role in catalyzing sustainability.

Last but not least, scientific data efficiency needs to be addressed. Too often, the Global South fisheries lack the means to generate the necessary data to understand their fishing activities. A risk-based approach for data-limited fisheries has been successfully used in evaluating the Suriname seabob and the small-scale rock lobster Chilean Juan Fernandez Islands fisheries. Countries like Indonesia, South Africa and Mexico, are also working with a large array of stakeholders, including scientists alongside with local governments and organizations in order to implement sustainability in the fishing economy.

Accelerating the environmental transition together

UN data in the Sustainable Goals Report (2020) shows that the global community has missed the target to end overfishing in 2020 and that efforts still need to be made. The last UN Report on Global Biodiversity informs us that none of the global targets have been fully met either.

The world can still rebuild marine life with the help of sustainable resources and smarter solutions. The UN has recognized the work done as an important tool to achieve SDG14, but this work needs to scale up more quickly and bring everyone on board. Calls on governments are urgent to ensure that fisheries are managed appropriately for the sake of the oceans’ preservation and that the economy rises to the challenge of oceans’ sustainability. The world cannot let the sustainability gap deepen between developed and developing countries. This fight must be fought as a community for one global ocean. 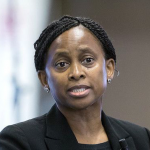