How can we understand the recent fall in crude oil prices?

Collectively, we indulged in taking the present for being business as usual, by approving investment decisions based on oil price assumptions between USD 90 and USD 100 per barrel. We have therefore given up the idea that oil prices could one day return to a level close to their historical average.

But as you can see, they have.

It is important to understand whether the causes of this break may still allow us to assume that the oil industry will soon return to business as usual. Or, to the contrary, if we should consider such mean reversion as anticipating the major changes and innovations that are likely to impact the current leading role of fossil fuel energy resources in the economic sphere.

Will the oil shale industry act as a new world referee for oil markets?

This mean reversion leads us to question our own belief in the sustainability – or not – of an extractive industry producing oil and shale gas for less than USD 50 a barrel. So far its development has allowed North American producers to regain the right to export their production worldwide. Is it a short term issue or an ongoing revolution? In the coming years, will the industry players – and their funders – be able to continue their worldwide development in a significant way?

Since 2014, the mode of governance for the global oil system has been rapidly changing, as again shown by a lack of agreement at the meeting of representatives of producing countries in Qatar on 17 April. In addition to a considerable redistribution of wealth, the political will to regulate the oil supply which prevailed until then had another direct consequence : to restrict the extraction of the cheapest resources – e.g. those of Saudi Arabia – in order to ensure the profitable exploitation by others, of resources which are much more expensive to extract – e.g. Venezuela and Canada’s tar sands, or ultra deep offshore resources -. This is what is called into question by the combined fall in international prices and extraction costs for oil shale.

The time to market required for new shale oil production is estimated to 18 months. It is much shorter than for the major oil projects which international oil companies have specialized in – not to mention the Kashagan project in Kazakstan, which is “work in progress” since the 1990s – . As a result one could advocate that, in principle, shale oil production will become tomorrow’s adjustment factor to supply the oil market.

Can we expect a lasting transformation of the oil industry?

The price reductions observed in the gas, the coal, and then the oil markets have created some turbulences which are spreading gradually throughout the global economy.

Private operators in the oil sector have, for their part, announced massive cuts in their upstream investment programs (-50% in two years) and a downsizing. They have put extreme pressure on the costs charged by companies in the oil services industry. The service companies, in turn, have been forced to restructure. In addition, while several oil majors have decided to borrow to pay dividends which have remained unchanged, others, with a higher gearing, have started to reduce payments to their shareholders. Consequently they all ended up falling under the scrutiny of rating agencies, with a negative outlook.

At this stage, no one can foresee the outcome of the price war experienced (through the anticipations of intermediate traders) by the three main categories of upstream players – the National Oil Companies (NOC) of producing countries, the listed International Oil Companies (IOC), and the Independents oil producers associated with Services Companies (I&SC) which were behind the shale revolution in the USA. However, it is highly likely that only the most agile in redefining their strategy will be able to survive such a shock, if it were to last.

The greatest uncertainty lies in the future of the IOC. What if the IOC decided to concentrate their resources, which have now been reduced, on gas projects alone – still considered to be “clean”, as long as gas can contribute to reducing coal consumption? In terms of oil, this would result in an increasing control by producing countries over an abundant, but not too expensive, crude oil supply. In this context, would it not be possible for the exporting coastal refineries to develop a new pricing power? What about the risk for a structural oil product importer to see the price of its products imports being permanently disconnected from the crude oil prices?

With regard to the climate challenges, can we expect a lasting fall in oil demand related to new energy mixes?

The bulk of oil demand stems from mobility needs. Consequently, it is likely that the restructuring of national energy mixes will have less impact on this demand than the technological developments in the field of transport and, in the longer term, the developments in our urbanization models.

However, consumer countries need to question the capacity of the oil system to provide them with a lasting supply at the current price level. Most of the scenarios established on the basis of consuming as usual, or simply an implementation of the INDC, leave them with no doubt: in the long run, despite a “peak in demand” expected by certain oil operators, the prices of tomorrow will need to allow access to new resources which are more expensive to produce than the prices today make it possible to develop.

What leeway do oil producing developing countries have?

Similarly, under the combined effect of the price decline and postponements in exploration programs – due to the lack of financing –, a producing country like Mexico has seen its proven reserves[1] fall by 21% in a year. Faced with a record loss of some USD 29bn in 2015, after 11 years of continuous decline in its production, its National Company – Pemex – has just changed CEO. And its difficulties are to such an extent that Moody’s, at the end of March, changed the outlook for the country’s current rating (A3) from stable to negative, meaning Mexico followed Nigeria on this path just with a few weeks delay.

The adjustment programs which producing countries will impose on themselves – and their national oil champions – remain uncertain: in a number of cases, issues of political stability should mitigate their severity. At least as long as the creditors of these countries still consider them to be creditworthy: i.e. as long as the least populated have not depleted their financial reserves and, for all, as long as international oil prices remain higher than their production costs.

[1] Reserves with a 90% likelihood of being able to be developed with the current technical and economic conditions. 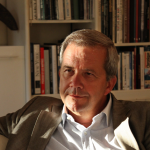