What are the reasons behind this gap in results between those of France and those of the United States, Germany, and the United Kingdom? What are the social, political, institutional, and economic factors behind these figures that can enlighten us as to why the official development assistance trajectories differ? What does France need in order to establish national consensus, politically and socially, on the question of official development assistance and the challenges of international development?

To answer these questions, we have sought to understand how, in countries other than France, national contexts favorable to ODA are formed. The results of our work are presented in a report entitled “Seeking agreement on official development assistance”.

The United Kingdom, Germany, and the United States have some aspects in common that seem to help building a consensus on development aid. First of all, these countries can count on strong political commitment in favor of development. Several political leaders have made development a worthy, useful, and fulfilling action for their country. Even though the development policies of each country may follow different specific guidelines (global sustainable development, security, the fight against poverty, or opportunities for national strategic interests), one common point is that they are clearly stated. And as soon as the objectives are clear, it is easier to concentrate on the effectiveness and transparency of public action. Furthermore, the fact that there are elected members of parliament who are informed of  these issues and institutionally involved in the building of their country’s development policy increases both the number of aid proponents in all the political parties and the level of communication to promote it.

Outside  the political arena, these countries also benefit from a civil society that is both constructive and involved. NGOs there have considerable means but maintain their independence. They may have positions that are critical to  the government, but they are not in head-on opposition to the latter and on the contrary, are able to work effectively with it.

Did you say “Official Development Assistance”?

In the United States, Republican and Democratic elected officials concerned by international development issues have been working together since the 1930s to defend the development budget. While divergences exist between the two parties and among Representatives and Senators of both parties, the need for international development is not called into question, and this sector has been spared from controversy. Development policy is on the contrary upheld as one of the US foreign policy instruments that participates directly in national security, as part of its 3Ds strategy (diplomacy, defense, development). However, this consensus sometimes resembles a status quo due to the fact that it is kept out of public debate and separated from the major presidential initiatives (HIV/AIDS, Energy/Africa, etc.), which receive heavy media coverage and are a full-fledged aspect of the White House communication. Despite a very active intellectual circle working on aid, the issue is in reality of interest only to the elite concerned: the public knows very little about US development policy and neither supports nor condemns it.

In Germany, the members of Parliament unanimously agree on the importance of official development assistance. Contrary to the United States, the whole German society (NGOs, private sector, citizens) is involved in sustainable development issues. “Commitment to the best of one’s ability” is highly encouraged. The notion of moral duty is instilled in everyone from primary school, leading to strong popular support for the specialized actors of development: NGOs, associations, elected officials and political foundations, Churches, businesses, etc.

Moreover, the institutions with the authority to execute German development policy are powerful. The BMZ (federal ministry for Economic Cooperation and Development), for example, has grown in importance. It has been led since 2013 by Minister Gerd Müller, who surprises by his outspokenness and his very many initiatives. As for GIZ (the German agency for international technical cooperation for development) and KfW (the German bank in charge of financial cooperation), they enjoy a degree of autonomy in implementing the ministry’s policy. GIZ employs 17,000 people, and in 2015 the German federal government provided KfW with more than €2 billion whereas the French government provided barely more than half that to Agence Française de Développement. These significant human and financial resources are the result of the German Chancellery’s asserted political commitment—supported by all of German society—to increase development aid.

Development of Africa: the perspective of the German cooperation

British development aid is currently subjected to a negative media campaign. It nonetheless still enjoys very strong support among all parties, with the result that the budgeting of 0.7% of GNI to ODA was enshrined in law in 2015. All members of Parliament, and especially the members of the International Development Committee, are well informed on these questions. They are actively sought out by their voters, NGOs, and Churches, which campaign so that development and the fight against poverty could be high in the political agenda.

DFID is a ministerial department whose sole mission is to allocate and implement 80% of British ODA. It is internationally renowned for its effectiveness and its autonomy vis-à-vis British diplomacy. There are smooth relations between the NGOs, very powerful think tanks, businesses, and the department. This situation is largely the result of the clear and constant commitment by successive political leaders: Clare Short, Tony Blair, Gordon Brown, David Cameron, and George Osborne. Be it to boost the austere image of the Conservative Party (Cameron) or to strengthen the importance of the Treasury at the same time as that of DFID (Short – Brown alliance), it is this political position that helped gradually build a solid institutional framework capable of resisting to unforeseeable economic fluctuations.

To facilitate comparison between countries and to highlight the factors of consensus on development, we have created a consensus indicator. It is a visual work tool that can be further worked on.

The indicator is based on around 12 consensus factors grouped together in three sections: Federating, Taking action, and Setting priorities. Three periods are analysed: the post-Cold War years of 1995-2000, the years 2010-2015 corresponding to the last years of the Millenium Development Goals, and the years following 2015.

Based on the qualitative and quantitative information gathered to develop this report, a score out of 10 was allocated to each criterion in each country. The highest score signifies that the possibilities provided by that criterion to consolidate consensus on official development assistance are used to maximum effect in the country concerned. An average score, by country and by period, which should reflect – backed up by figures – the degree and the strength of consensus on development aid policy.

By interviewing more than 170 persons between December 2016 and April 2017, we have tried to understand how, over the last 20 years, the development actors in each country (leaders of all sorts; NGOs; MPs; public, private, and religious institutions; media; and researchers) have been able to establish a dialog whose quality has helped and still helps promoting international cooperation policy and development aid.

In Berlin, Bonn, and Frankfurt; in Washington; in London, the keys to understanding the three different national profiles emerged. The three countries‘common point is a degree of continuity in development policy built up over the last 20 years, despite changes in governing parties.

They can provide lessons for France, though we must keep in mind the recent political upheavals that are already an ominous sign of challenges to consensus in these countries. Indeed, it has become more difficult to foresee the public policies for development in the United States and the United Kingdom, because of Donald Trump’s presidency and the imminence of Brexit. The announced withdrawal of the United Kingdom from the European Union is creating a considerable void with regard to how Europe manages international sustainable development, not to mention the fact that, domestically, British aid is faced with repeated attacks by the media. In the United States, the budget cuts announced by President Trump have revived debate about aid. It is in this context that Germany, which achieved the goal of 0.7% of GNI in 2016 thanks to impressive growth in its ODA, warns that it cannot be an isolated leader in the international arena. And it expects France to strengthen its commitment so that official development assistance can be given new dynamics.

ODA in a time of restraint: Development to the detriment of the least developed countries? 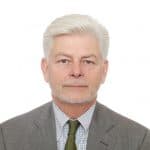