Promoting fact-based research, with participation by researchers from both the South and the North: that is the mission that OCP Policy Center, in Rabat, has set for itself. This Moroccan think tank was founded in 2014 with the support of the OCP (Office chérifien des phosphates). OCP Policy Center specializes in public policies and already has 220 publications to its credit. It focuses on issues in development, economics, and international relations from a new perspective, by employing a certain Anglo-Saxon pragmatism, as explained by its managing director Karim El Aynaoui, who attended the AFD symposium Tout Afrique (Whole of Africa) held on April 12, 2017 at the Arab World Institute (Institut du monde arabe) in Paris.

Are the development policies in Africa better when they are conceived by and for Africans?

Our position consists in examining the major issues that affect the world and the future of Africa. Our point of view is an African one, and one from Morocco as a medium-income country. It is based on constructive dialogue grounded in observation of facts. With regard to development issues, we think that reflection and knowledge must be produced in order to maintain an interactive and in-depth relationship with our various partners of the South and the North, in a spirit of mutual respect, tolerance, and openness.

There are Africans on our team of 39 fellows, including the Cameroonian economist Vera Songwé, who was appointed in April to succeed Carlos Lopes as executive secretary of the Economic Commission for Africa in Addis Ababa. But not just from there: we also have senior fellows from Brazil, Morocco, USA, Senegal, Ethiopia, and France.

One of the more emblematic aspects of our work consists in comparing perspectives between Northern and Southern partners. For example, we co-chair events with the French Institute of International Relations (IFRI, French acronyme), as well as with the European think tank Bruegel, especially on the Middle East and North Africa region. We compare our analyses, be they on trade relations, development of value chains, or matters related to security and international relations.

Our job is not just discourse. The OCP Policy Center model is not one of conducting advocacy, but one of reflecting, with full independence. I come from the world of central banks, where credibility is not imposed by decree. Our reputation is based on the seriousness of our experts and our research.

What major substantive lesson have you learned from the research carried out by OCP Policy Center to now?

Africa needs effective and exact public policies that constantly ask the question of whether they work or not. A broad range of literature exists on business, for knowing how to manage competition and to remain creative and resilient with regard to innovations, etc. In the field of public policies, we don’t have this same concern of testing things that work, with a permanent culture of evaluation, immediate return, and real-time correction of strategic choices that are made. In my view, public policies must benefit from progress made in the business world. At OCP Policy Center, we work a lot on leadership in public policies, for example with Landry Siné, a Cameroonian fellow.

Aren’t African decision-makers overwhelmed by the different agendas, from climate to SDGs, not to mention the African Union agenda and the structural reforms supported by donors?

There’s nothing incompatible in all that. I think it’s a good thing that the world discusses, whether it be on climate or on development. And if discussion on these issues is successful, they will act as two vital motors for world growth. Growth strategies still remain largely within a national framework. This is why it’s necessary to find the right points of entry to act on the levers of growth, instead of working out very long reform agendas that make everyone anxious and turn out complicated to implement. Sometimes it’s better to have a concrete action or a large-scale project that helps trigger a virtuous circle, in order to develop reforms later.

What are these points of entry?

In this matter, investment in African infrastructures, a very capitalistic domain in which it’s possible to create public-private partnerships (PPPs), seems to play a central role. Donors can provide the initial public good with project studies, then the private sector can take over and invest within a PPP framework, because yields are advantageous. Once a virtuous circle is triggered, governments can earn tax revenue and fund education, etc.

“PPPs are not an end in themselves, but a tool for a project of public interest”

The second point of entry is agriculture, which makes up most of the labor force in Africa. Infrastructures and agriculture are closely related and help create markets, integrated industries, and jobs. The horticultural farms of Ethiopia would have no chance for success in exporting their cut flowers without roads to transport them to the airport, and without cold rooms at the airport to conserve them before shipment.

Where do we have to start?

The countries, the sub-regional economic organizations, and the donors could tackle around twenty big projects. These could include infrastructure networks, transborder transport corridors like some that are currently under development in East Africa, pooling of electricity, gas pipelines connecting countries, or the Inga Dam in the Democratic Republic of the Congo (DRC), etc. These projects must be seized upon, and then the earnestness of the countries and different players concerned tested.

There’s nothing utopian about this big push in investment in infrastructures. It is feasible, because financing does exist, especially in the form of significant savings concentrated in pension funds in the Northern countries, or with sovereign funds, etc.

We can see that China is often present in these big projects. It’s also a way for China to reinvest its currency reserve surplus; to acquire assets abroad; to redeploy the unused production capacities of its big companies; to gain back competitiveness in industries with low-cost labor, by redeploying some production to African countries, for which efficient infrastructures are an essential factor for competitiveness; to invest effectively in raw materials; and to find markets, etc. The idea is to have vision, and above all to go after it.

So the question is no longer to know whether the State should intervene, but how?

This question seems to be a bit hackneyed from the African point of view. It’s not as simple as that. The State cannot do everything of course, but appropriate public policies are essential in order to attract private capital and stimulate national private investment.

What’s important is to overcome our complexes and to do things that work, without an ideological stance, and with care to involve populations in public policies and reforms. Evaluation and effectiveness are part of a culture that must be developed in government ministries and administrations. From this point of view, think tanks act as a laboratory by offering a freer forum for dialogue and a source of analytic work that can be useful for decision-makers. 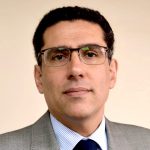