Director of Research at the CNRS

Why is the ocean crucial in the Earth’s climate stability?

There are two major reasons. The first is ocean circulation. Great ocean currents carry heat and chemical elements across the globe. For example, the Gulf Stream forms in the warm, salty waters of the Gulf of Mexico. From south of Florida, it starts moving diagonally upward across the Atlantic Ocean to the coast of Norway. Its water cools down as it flows north. The Gulf Stream transports warm water 1.5-km deep from low latitudes to high ones.

North of Iceland and in the Labrador Sea, the water of the Gulf Stream becomes denser, colder, and saltier. It then runs into topographic obstacles. It plunges and sinks two to four kilometers deep and then flows southwards along the coasts of North America, Brazil, around all of Antarctica, and as far as the Indian and Pacific Oceans.

These masses of water, marked by their temperature and salinity, cross the oceans carrying energy. Then they return via the Indonesian straits and Cape Horn back into the Atlantic. It’s a cycle that lasts about 1,000 years. Thanks to this circulation, heat taken from the atmosphere in equatorial latitudes is returned to the atmosphere in higher latitudes. This ocean/atmosphere relationship is constantly active. The circulation contributes to the global climate equilibrium. It began at the end of the Last Glacial Maximum and continues to this day.

How else is this stability disrupted?

The ocean/atmosphere relationship is also regulated by biology, i.e., the presence of life in the ocean. The carbon dioxide in the atmosphere dissolves in the oceans and is captured by microscopic algae that grow on the surface of the seas, thereby undergoing photosynthesis. Carbon, nitrogen, phosphate, and many trace metals dissolved in water are in this way transformed into particles of matter. This matter is absorbed by algae and organisms, and when they die the matter sinks to the bottom of the ocean, forming sediment and trapping carbon. This so-called biological pump sequesters carbon.

The concentration of carbon dioxide in the atmosphere is increasing. What impact does it have on the oceans?

Emissions of greenhouse gases and carbon dioxide, as well as of methane and nitrous oxides (from intensive agriculture) increase atmospheric temperature. Because of the interaction between ocean and atmosphere described above, the temperature of the ocean surface layers also increases. Here it’s important to note that 93% of the energy emitted by human activities—which already disturb that equilibrium—is stored in water. Land, in fact, is not good for storing energy. In the ocean depths up to 750 or 1,000 meters, water temperature is increasing, including near the coast of Antarctica and the Arctic. It’s thus highly likely that human activities are throwing ocean circulation off balance.

There is a second impact, related not to the greenhouse effect but to a chemical property of CO2. When dissolved in water, carbon dioxide causes an increase in the concentration of hydrogen ions and a decrease in pH. This results in increased acidity on the ocean surfaces. The effect is not well known and is potentially catastrophic. This is because acidity dissolves limestone, thereby affecting the development of a huge number of calcareous organisms living on the ocean surface, such as coral, oysters, mussels, snails, and small algae. In Northern California, where waters are slightly more acidic than in Europe, oyster farmers have observed a collapse in the calcification of small oyster larvae due to the pH of the seawater having become unsuitable. They therefore locally modify the water of the oyster ponds by adding limestone to raise the pH.

Have disturbances already been observed locally?

We can see the effects of global warming on the atmosphere/ocean equilibrium in seas. The Mediterranean, for example, is undergoing a high level of evaporation. It’s heating up, becoming saltier, and therefore changing in density. This is leading to a change in the distribution and circulation of the various water layers, and therefore the state of the Mediterranean Sea is being modified. Meanwhile, we can see significant changes in the Arctic, due to melting ice, a certain degree of desalination of water, and warming—which is much faster than elsewhere.

In addition to all this is the rise in sea level. Global warming has raised the sea level by 17 cm over the last century, and it is now rising at double the previous rate, or an average of 3.4 mm per year. When water warms up, it expands. Moreover, with the melting of glaciers and polar ice caps, the supply of fresh water to the sea increases. By the end of the century, rise in sea level will be at least 40 cm, and possibly up to 1 or 2 meters, depending on the melting of the Antarctic and the scenarios adopted to curb warming. That leads to the problem of submersion of coastlines. This is already a big problem well known to people living in the most vulnerable areas, like Bangladesh, but also in places like the Landes region of France. And in areas by the Gulf of Lion, in the Mediterranean, water tables are undergoing salinization, making them unfit for irrigation.

What are the consequences of these disturbances on marine biodiversity?

Increase in water temperatures is causing the migration of mobile species such as fish and birds. Mackerel have left the Gulf of St. Lawrence in Canada. There are no more abalones in southern Brittany. Dolphinfish have arrived in the Bay of Biscay. The arrival of a new species or of a predator in an ecosystem obviously brings problems. These migrations therefore affect other species in turn.

As for immobile species, they adapt or die. An example is coral, which is experiencing threefold impact. Coral reefs are made of limestone, the result of the association between an animal organism (responsible for the limestone construction) and  algae (which ensure photosynthesis and generates food). When the temperature rises, the algae leave, causing the coral to bleach and die. Coral is also affected by sea acidification, as has been shown in aquaculture ponds (according to research conducted in Monaco and Villefranche-sur-Mer in France). Finally, with the rise in sea level, coral reefs find themselves further from the surface and therefore lack light. But coral is like a tree: it can’t move. This is a major problem. Coral covers between 1 and 3% of the ocean’s surface but is home 25% of its biodiversity and feeds the entire intertropical zone. The entire food chain is thus affected.

So, it’s urgent to reduce the carbon emissions of our societies…

Yes, CO2 is public enemy number one! Reducing our carbon footprint is an absolute priority. Solutions vary from country to country. In Brazil, it’s intensive agriculture and deforestation that are big problems. In Saudi Arabia, oil extraction emits a huge amount of greenhouse gases. In France, transport and housing are the culprits. We must act at all levels, individually and collectively.

There are two basic things to remember. First, we have the governments we deserve. Each individual is responsible for what is going to happen collectively, and our main weapon is the ballot. Second, each of us needs to think about our carbon footprint. On the Internet, we can calculate it very easily and think about the way we travel, the way we heat, the food we eat, and the household products we use. Conserving energy doesn’t mean going back to the candle, but, rather, savings in energy and money at the end of the month! 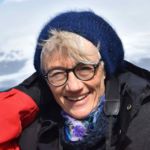 Director of Research at the CNRS