Sociologist and midwife, research fellow at the IRD

Since the 2000s, there has been a worldwide increase in the medicalization of childbirth. Between 1990 and 2014, the global rate of births attended by skilled health personnel rose from 59% to 71%. Clearly, this improvement in medical care during pregnancy and childbirth has contributed to the significant decline in maternal and neonatal mortality rates across the world. Between 1990 and 2015, maternal mortality rates decreased by 45% and the global neonatal mortality rate fell from 33 to 19 deaths per 1,000 live births.

Despite this progress, maternal mortality rates in sub-Saharan Africa remain particularly high and one in two women do not give birth in medical institutions. Geographical, financial and security-related obstacles (namely in the Sahel) limit women’s use of medical institutions. However, the mismatch between society’s expectations of the birth experience and the conditions of delivery in health care institutions also remains a significant barrier.

For several years, anthropologists in West Africa have been documenting the violence inherent in the caregiving relationship in various services, including maternity wards. This research has had an important scientific and social impact, but the resulting initiatives have not been sufficient to put a stop to this violence and to rebuild women’s trust in medical institutions.

Moreover, this work has focused on the dominating relationships between caregivers and patients, without taking into account the gender-based dimension of this violence. There is a need for a paradigm shift and for violence against women during childbirth to be treated as obstetric violence. First and foremost, this is a gender-based form of violence, i.e. violence committed to and on their bodies because they are women. It is rooted in the medical establishment’s history of control over women’s bodies.

Since the 1970s, male domination over women in institutions and practice in the field of childbirth has been widely denounced, with the pathologization of conception, pregnancy and childbirth, and a loss of female expertise. In Latin America, such movements quickly became organized and, since the early 2000s, feminists have been publishing data on the psychological, verbal, physical and sexual violence committed against women in hospitals during childbirth. Data has also been publicized on the excessive application of certain medical practices such as episiotomies or cesarean sections.

As a result of pressure from activist groups, Venezuela became the first country in the world to integrate “obstetric violence” into its national law. It defined this term as the appropriation of women’s bodies and reproductive processes by health personnel. A number of other Latin American countries such as Argentina, Mexico, Brazil and Uruguay have followed Venezuela’s example with this law. In recent years, the World Health Organization has issued an increasing number of statements and recommendations to sound the alarm about violence against women during childbirth in health care institutions.

Offering an alternative to the “techno-bio-medicalization” of childbirth

Today, all over the world, including West Africa, childbirth is characterized by a “pathologization” of the pregnant and birthing body and by a “techno-bio-medicalization” of childbirth, meaning an increased reliance on biotechnology. In the majority of West African maternity wards, women give birth unaccompanied, in shared rooms, and in a gynecological position where movement is very limited (photo 1).

It seems paradoxical, but a lack of human and material resources in these under-equipped maternity hospitals can sometimes lead to the overuse of certain practices, such as cesarean sections. Given some women’s resistance to giving birth under such conditions and the tendency to favor home births, the suitability of this model must be reviewed and research conducted to further explore women’s expectations and their experiences of childbirth in sub-Saharan Africa.

An alternative birthing model in Africa

For some years, the Japan International Cooperation Agency (JICA) has been suggesting an alternative model which promotes a “humanized” approach to childbirth.

This model of “detechnicalized” childbirth, where women can eat, drink, walk around and give birth in the position they wish, with the person of their choice, has been exported by JICA to different regions around the world, such as South-East Asia, Latin America and sub-Saharan Africa, and, in particular, to Madagascar, Mozambique, Senegal and Benin.

The use of this method goes against the dominant model of biomedicalization and biotechnicalization of childbirth exported by most donors. It is therefore difficult to implement in certain environments. For example, in Benin, the practice was introduced in the largest maternity hospital in Cotonou in 2009 (photo 2), but the project is on the brink of failure. One particular reason for this is resistance from certain midwives, who refuse to allow the presence of a companion in the delivery room and who do not want women to give birth in a position other than the preferred gynecological position.

Nonetheless, this alternative model is still applicable because it involves women giving birth in a biomedical institution, in complete safety and in surroundings more conducive to their physiology and well-being.

In conclusion, obstetric violence should be viewed as a structural barrier that is a determinant factor in maternal mortality in sub-Saharan Africa and all maternal health projects should now integrate the issue of obstetric violence.

Lastly, it should be noted that this violence is not limited to childbirth but affects women throughout their sexual and reproductive lives. Consequently, the fight against gynecological violence should be included in all projects relating to abortion, contraception and so-called “female” cancers.

* For more information on this issue, see the two special editions of Cahiers du Genre and the Santé Publique magazine (due to be published at the end of 2021). 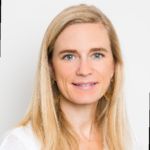 Sociologist and midwife, research fellow at the IRD

The global eradication of Rinderpest gives reason to be optimistic when it comes to fighting infectious animal diseases. While the recent Covid-19 pandemic has shown the devastating impact emerging infectious diseases can have, it is also a reminder of the critical role vaccines can play in...
Press Review