Facebook Twitter Link
Copied to clipboard
A peacekeeper from the Nigerian contingent of MINUSMA in an armored vehicle, in the Menaka region of Mali. MINUSMA photo / Marco Dormino Flickr CC

Forms of war have changed since World War II. Virtually all contemporary conflicts are intra-State. As such, their belligerents are not States but armed groups fighting one another or waging asymmetric warfare against government forces. This violence is fueled by acute social crises and the internal dysfunctions of the societies involved.

In an increasingly interconnected world, these local grievances are now linked to regional and even international issues. The causes for the revolt by Boko Haram in Nigeria, for example, are to be found the in the country’s local political dynamics, yet the group wages actions in southern Nigeria (attacks in the capital, Abuja), in neighboring countries (Niger, Chad, Cameroon) and internationally (the group became affiliated with the Islamic State in 2015). This overlap of local and international has allowed Boko Haram to take root in a vast cross-border territory, to the point where it has been able to challenge the armies of several States for the past nearly ten years.

Because of their dual social and cross-border nature, contemporary conflicts are difficult to resolve and are changing the forms of action carried out by the different professional communities that come to the aid of the most fragile societies.

International actors: a distribution of roles out of step with the times

The institutional architecture of international aid was built on the rubble of World War II and then the Cold War. For that reason, it was designed to meet the challenges of inter-State conflicts. This architecture revolves around a perceived sequence of phases: (1) a conflict phase, followed by (2) a negotiation phase for peace agreements paving the way for (3) reconstruction.

This perception of sequential phases leads to a distribution of roles for military, diplomatic, humanitarian and development actions whereby each actor “plays its part” in a relatively autonomous way. In short, the military takes action during hostilities, diplomats during negotiations, and donors during the crisis-resolution phase.

However, repeated cycles of violence and the blurring of the line between war and peace are calling into question these silo approaches. In reality, contemporary wars accentuate the interdependence among these various actors. For example:

The fact that crises are more regional in nature has pushed each of these professional communities to create coordination mechanisms so that action can be made according to the scale of the conflict. In the Sahel, for example, the “G5 Sahel” (a coalition of Chad, Niger, Burkina Faso, Mali, and Mauritania) speeded up the creation of a “Joint Force” to take action in border areas. The Sahel Alliance, created in 2017 at the initiative of certain donors, coordinates the action of the major development partners in the region. In the diplomatic sphere, a special envoy for the Sahel was appointed to “maintain overall coherence of action” in a cross-cutting way across the five countries.

The experiences of Afghanistan and the Sahel show us the difficulties of trying to reconcile professional communities whose goals, programming timetables, decision-making processes, and appetite for risk are different. In theory, these obstacles could be overcome by better consolidation of strategic plans, creation of coordination mechanisms, joint programming among the different actors, and harmonization of the ways actions are implemented, etc. However, several centrifugal forces remain obstacles to this harmonization.

Academic literature shows that the conditions for successful coordination depend simultaneously on the number of actors (the smaller the better) and on how close their approaches (common objectives) are, this within an environment marked by low economic or political stakes (e.g. trade, direct investment, etc.). As the number of actors increases and/or the economic and geopolitical stakes become greater, coordination becomes more difficult to achieve.

In recent years, the increase in the number of actors responding to crises has exacerbated international fragmentation and led to the carrying out of a collection of diverse ad hoc actions. This is what happened in Haiti following the 2010 earthquake, when the sudden and disorderly arrival of a myriad of organizations had a controversial overall impact on Haitian communities. Moreover, when major international partners (the United States and others) give priority to their national agendas to the detriment of collective action, the coordination agenda is necessarily weakened.

This situation surely explains part of the reason why the international community has failed in crisis resolution in recent wars, such as those in Afghanistan, Syria, and Nigeria. And so, in the face of contemporary crises, coordination remains a major challenge. 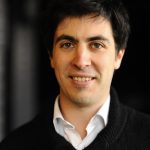