CEO of ManpowerGroup in Latin America

What is the most prominent trend on the global labor market?

Skills shortages pose a real challenge on a global scale. Every year, we conduct a survey called “Talent Shortage” of 42,000 employers located in 80 countries. In 2015, 38% are experiencing recruitment difficulties. This is the highest percentage since the economic crisis in 2008. This level rises to 83% of employers in Japan, due to the aging of the population and economic growth. It stands at 68% in Peru, 65% in Hong Kong, 61% in Brazil and Romania, falls to 32% in Canada and the USA, 29% in France and then to 14% in the Netherlands and UK. It reaches its lowest rate in Ireland with 11%.

The main types of profiles that are the most difficult to find everywhere in the world have been the same for four years and remain in this order: skilled workers (chefs, bakers, butchers, mechanics and electricians), sales professionals, engineers, technicians, drivers (of heavy goods vehicles and construction vehicles) and couriers, administrative assistants, accounting and finance staff, as well as secretaries and personal assistants.

What are the challenges for human resources in Latin America?

Manpower’s last global survey of the labor market shows that Brazil and Peru, along with Japan and Hong Kong, are among the countries with the most difficulty in filling jobs. In Brazil, 68% of employers say that they find it difficult to find the required skills. This level falls to 61% in Peru, 54% in Mexico and 47% in Colombia. Skilled workers, technicians and sales professionals are the most in demand.

42% of employers surveyed base themselves on the experience of candidates rather than on their qualifications for recruitment. Only 16% of them are willing to explore new sources of talent by recruiting in a less conventional manner than in the past, while 11% want to promote alternative working patterns in order to meet the requirements of new generations of decision-makers who arrive on the labor market. These young people no longer want to work as long for the same employer, they want to enrich their personal development during their career and prefer companies with a strong CSR program, which contributes something to the company.

What happens on emerging markets that are experiencing difficult conditions, like South Africa and Brazil?

Instead of making people redundant and launching costly social plans, Brazilian companies stop replacing employees who leave. In South Africa, 31% of employers say they are finding it difficult to fill vacancies in 2015. Only 8% had these difficulties in 2014 and 6% in 2013.

The South African labor market is returning to the staff shortages experienced prior to the international financial crisis in 2008. It is in itself a sign of economic recovery.

Beyond specific cases in emerging countries, all groups around the world must do more with less – fewer employees, fewer resources, less costs. Companies now operate on Internet without having to pay rent for offices, or fixed salaries and social contributions. How can this type of competition be countered? The only solution is to increase productivity using good skills.

Job creation in Africa will increasingly come from the private sector

How can the gap between supply and demand be limited on the labor market in these countries?

The audit group PriceWaterHouseCoopers (PwC) asked a similar question to universities and employers: How many young graduates are ready for the labor market? 77% of them according to universities, 23% according to employers. There is a huge divide between the academic world and the real world!

Both employers and employees need to realize that qualifications are no longer sufficient. Companies are faced with complex problems, which require a spirit of analysis and initiative and training is not provided for this in all schools. To ensure they retain a skill, companies are willing to pay 22% more than the salary which corresponds to the vacancy.

Companies must increasingly invest in training. Ideally, they would prefer not to have to bear this cost. For our part, we advise them to have a more flexible mindset in order to explore unexploited reserves of new talent. They can be found among people who do not necessarily come from their region, young people, women, but also seniors and ex-service personnel for their capacity to cope with the unexpected and analyze situations.

Senegal needs to think about and firmly establish its education system

What can be done to get the elites of the Southern hemisphere to contribute to the development of their countries?

That is exactly it, develop these countries! For example, professionals in Mexico go and live in the USA, Canada, Spain and Italy, where they get used to another lifestyle. They do not plan to return because of the lack of strong incentives in terms of salaries, foreign currency exchange rates (earning a living in dollars or euros is more advantageous than in Mexican pesos), but also the quality of life. The level of education and health systems in countries of origin is a factor in their decision whether to go back or not.

Movements of highly skilled people are set to increase for demographic reasons. Indeed, certain Northern countries are becoming older. Jobs are being freed up without there being enough young people in these countries to take over.

In my opinion, there is no point in trying to regulate these flows. We should not forget that work functions like a market, where the laws of supply and demand are applied. 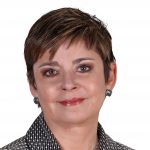 CEO of ManpowerGroup in Latin America