ATD Fourth World has brought about change in the fight against poverty, turning it from an object of charity into a fight for human rights. It originated in a slum in Noisy-le-Grand in the 1950s and is behind a great deal of legislative progress, such as the Minimum Income Benefit (RMI, forerunner of the RSA income supplement), Universal Health Coverage (CMU) and the Enforceable Right to Housing (DALO).
Which of ATD Fourth World’s actions could serve as a model for other development actors? Cooperation and friendship between communities: Are they really assets for the economy?  Isabelle Pypaert Perrin, Director general of ATD Fourth World, brings us some answers in this video. 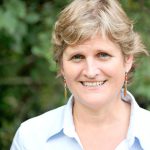