Accueil Politics & Society Migrations Migrations: investing in border controls is not the solution

The sale of African migrants put migration back on the agenda of the international debate. Interview of Richard Danziger, Regional Director for West and Central Africa of the International Organization for Migration.

The CNN report about the sale of African migrants as slaves in Libya has shocked the world and led to political discussions. More than ever, migration is on the agenda of major summits, such as the African Union (AU) and European Union (EU) meeting on November 2017. Richard Danziger shares his thoughts on this sensitive issue.

The dreadful plight of African migrants in Libya is not recent, nor is the history of migrations from Africa to Europe. What is the current context?

Yes, indeed, West Africans have been attempting the clandestine passage to Europe for years. The history of this irregular migration is not new. However, the flow has increased in the past three years. Since January 2017, the IOM has provided assistance to 12,000 people in Libya (of whom 18% women), whose voluntary return has been facilitated in 24 different countries, mainly in West Africa (10,925 people). Since October 2016, IOM has also rescued 1,600 migrants in distress in Northern Niger’s desert, in cooperation with security forces and civil protection of Niger.

What has triggered the increase in the flow of African migrants in Libya?

It is difficult to say, as there have been no major political or security changes in the region over this period. Most migrants do not come from the Lake Chad region, Northern Mali, or the areas affected by Boko Haram, the armed Islamist group which is plaguing Nigeria and the Sahel region. They sometimes migrate for political or security reasons, but this is not their main motive.

One thing is certain: since the end of Muammar Gaddafi’s regime in 2011 and the absence of a strong central authority in Libya, there has been a greater opportunity for migrants to risk the trip. It is all about this question: seizing this opportunity to get to the Mediterranean Sea.

Following the CNN report and the media attention on African migrants are the lines really shifting with policymakers?

Yes, they are. There are an increasing number of statements and meetings. The subject was discussed during the African Union (AU)-European Union summit in Abidjan, which had the youth for this year’s theme. Emigration is one of the African continent’s main challenges due to its demographic transition.

Since the CNN report, it seems difficult to avoid a discussion on migration. It is a highly sensitive issue on all sides – both European and African. The countries and country groupings in question are having difficulty in finding common ground. But there is no reason for not finding it – provided they have the political courage for this. We need to bear in mind the fact that migration is basically a positive thing. We often forget that it is a positive driving force for development, beyond the debates on irregular migration.

Are we sufficiently making the link between the economic importance of migrant remittances, which account for over 10% of GDP in Cabo Verde, Mali, Senegal and Somalia, and the issue of migration?

Migrants do indeed make a substantial contribution. This is yet another argument for regular and non-clandestine migration. We need to reach an agreement on a policy to ensure legal and safe migration, to allow West Africans to be able to travel legally, find decent work and send money home so that they can return to their country later. Most African migrants do not want to leave permanently. They migrate for money and means to finance their families. Furthermore, if it was easier to obtain visas, they would make a lot more return journeys – without finding themselves blocked in countries because of their illegal situation.

See also:
Migration: putting an end to clichés about the “brain drain”

Rwanda has offered to host 30,000 migrants who have been mistreated in Libya. Is this a solution?

Not really. If it involves hosting refugees, yes. Some migrants in Libya need international protection. This is rarely the case for West African nationals. As there is never enough room for refugees throughout the world, Rwanda is being generous by offering 30,000 places. But this offer in no way resolves the problem of the irregular migration of West Africans.

Indeed, migration is very common throughout West Africa, I meet African colleagues whose grandparents come from other countries. By going very far back in history, we can say that trade across the Sahara made migrations traditional. When we talk about the smuggling of migrants in Agadez, in Niger, it should be noted that this city has always been a trade area.

In your opinion, is the racialization of the debate with the emotional charge related to the transatlantic slave trade relevant, while human trafficking is going on all over the world?

Yes, I think it is relevant. Slavery and the abuses against migrants certainly do exist pretty much everywhere, in Europe, the USA and in the Gulf States. But the millions of Africans reduced to slavery and shipped to the Americas for centuries have left a very deep wound. Even today, there is talk about reparations… A lot of people are moved by the fact of seeing a market of black African slaves, and not just Africans. These images take us back two centuries. It is only natural that this becomes an emotional issue, even if in my view the real question is this: How to use the worst of situations we have seen to finally open our eyes, face reality and discuss a rational migration policy? Even Claude Juncker has said more legal channels are needed to let people get to Europe…

Is an African country addressing the issue of clandestine migration in an exemplary fashion?

For most countries, the question is raised on the right terms: How to develop effective strategies to warn young people and ensure that they do not take these risks? There is certainly both the will and the financing, with the European Union (EU) Trust Fund. But the solutions still remain complex. We are turning towards young people themselves. I believe that it is up to them to tell us what can work. The young people we help leave Libya are the first to carry credible messages to their peers. At the end of the day, we do of course need to allow these young people to find more jobs and opportunities.

For the time being, they generally have the right priorities, as the aim is to create jobs in the region. Furthermore, if we really want to tackle the problem of migration, the priority should be job creation more than border security, which is not a solution.

See also:
Migration does not necessarily need to rhyme with repression

Can you not perceive a generational change in Senegal, where many young people are role models by refusing emigration?

Role models are extremely important, but I am not convinced that we have studied their real impact. The elites can get their way in their countries, whereas it would seem difficult for most of their compatriots to follow the same paths.

The global phenomenon of the race for easy money is maybe one of the problems. Everyone wants to achieve something very quickly – a desire magnified by new technologies. West-African artisans have difficulty in finding apprentices, as this status is not rewarding or lucrative at the beginning, even if later on it allows people to have their own company, provide for a family and send their children to school.

By Richard Danziger Regional Director for West and Central Africa 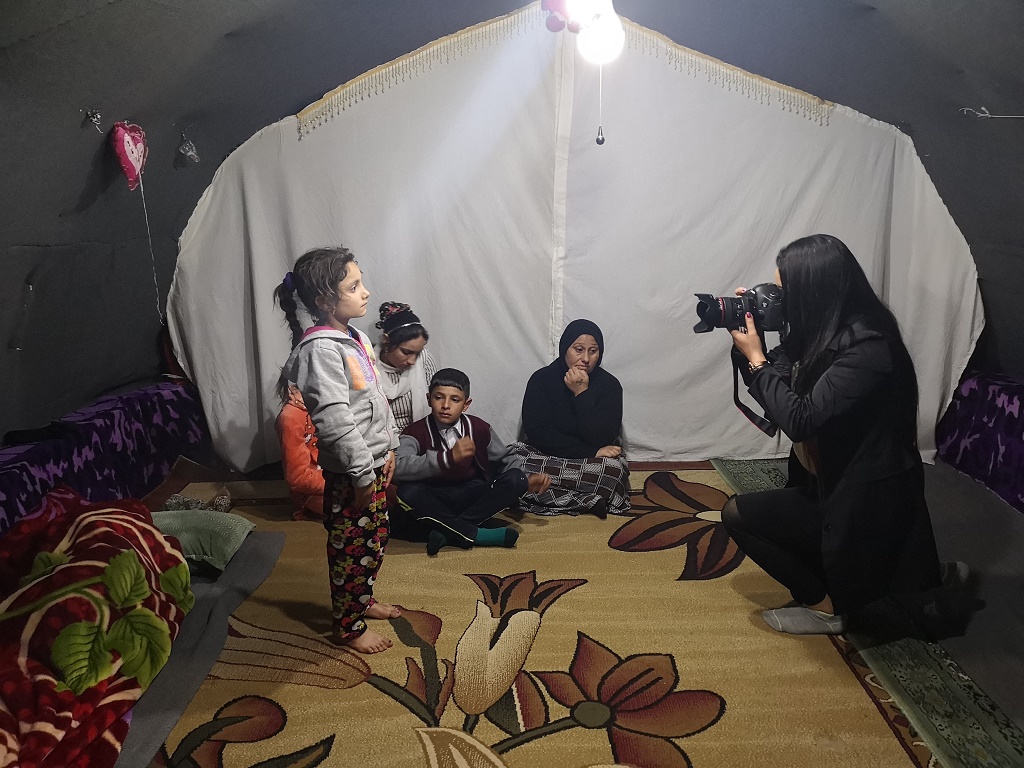 Informed and responsible narratives on migration, a common cause