The construction and equipment of a school, the drilling of a well, training in agro-ecology for farmers, the development of a health center… these are all examples which reflect the wide variety of microprojects. These projects provide simple and sometimes innovative solutions for improving the quality of life of the world’s poorest populations. An interview with Cécile Vilnet.

What is an international solidarity microproject?

A microproject can be defined as a sustainable action for development initiated locally in response to the needs expressed by the beneficiaries, who are actors in their own development. It is characterized by: a local cooperation, a low overall cost (their average budget is about EUR 50,000 for an 18-month period), a small-scale geographical impact, a possible innovative and replicable nature.

One of its main advantages is that it is at grassroots level, with the beneficiaries of Southern countries and their daily needs. In this approach, there is a real human and community dimension. Long-term relationships of trust are built during the implementation of these flexible and scalable projects, in constantly changing contexts.

Not necessarily, as among the microprojects implemented around the world, we see pilot projects which give rise to larger-scale projects (scaled up and/or in other geographical areas around the world), which could be taken up by major development assistance actors. Their impact is consequently increased when they are reproduced.

For example, the concept of small logs made of biodegradable waste and used to heat food, which was initially developed in Mali, has spread to various countries, or various continents, simply by adapting the “recipe” to local situations.

Furthermore, I think that their impact in the field is sometimes stronger than for projects worth several million euros. Indeed, although the funds injected into the project are lower, they have a direct and rapid impact on the beneficiary populations, with a limited number of intermediaries. As the average duration of a microproject is 18 months, the impacts on the beneficiaries are visible in the short term.

Who are the initiators of these microprojects?

Most microprojects are led by associations of volunteers, relatively young people, who are fully committed to causes that are dear to them. These volunteers are committed in a personal manner, both in terms of the time devoted to the project (evenings, weekends, school holidays) and the financial resources deployed (they bear the cost of travelling to the field and of living expenses on the spot), but are nevertheless professionals. They are sometimes experts in a specific field, or in a determined geographical area, and they wish to use their skills for development assistance, following a trip or a meeting which has changed their lives. In this respect, their commitment is admirable.

The volunteers work with a constant concern for improving the quality of their project, and are responsive in terms of the support provided by certain structures: individual interviews, training, access to practical information sheets, methodological guides, meetings between actors in the sector…

These committed citizens play a leading role via their field experiences in raising the awareness of their fellow citizens in terms of the situations of Southern countries. These approaches foster solidarity between territories, generations, social groups…

What difficulties do microproject initiators come up against?

Microprojects are led by a whole host of small and heterogeneous actors who are generally not known by the general public, which can lead to a lack of clarity and, in certain cases, suspicion.

For some, their impact in the field may be difficult to measure due to the lack of human and financial resources of project initiators, who do not have the resources required to conduct evaluations. These project initiators also lack the means to communicate on and promote their actions in the field, which are small-scale, but nevertheless remarkable. This is once again due to the lower level of human and financial resources than larger associations, which are well-established and benefit from a national or international reputation.

We also see that some project initiators lack methodology in the design of their project and search for financing. The emotional side, which drives their action, plays a dominant role in their desire to take action. Some consider that they do not need support, as they think they have the required competences and capacities. Others, on the contrary, will undertake training and meet professionals and actors specialized in thematic areas or geographical areas in order to have access to information, and thereby position themselves on calls for projects by already having a well-prepared application.

There are major difficulties for project initiators in areas classified red by the Ministry of Foreign Affairs, as donors have become increasingly reluctant to finance projects in these areas. Some of the donors do, however, continue to support these initiatives, which are implemented in the world’s most difficult areas, by having appraisal missions conducted by local service providers.

Is it difficult to find financing?

Yes, it is. Project initiators spend more time looking for financing than on designing and setting up their initiative. It is for this reason that Coordination Sud and the Micro Projects Agency have set up assistance in obtaining financing on their websites. It does, however, continue to be very time-consuming.

Furthermore, the eligibility criteria, amounts allocated, appraisal period, and disbursement of funds in several tranches by donors delay the launch of projects. It is generally necessary to prepare a year in advance before any hope of starting a microproject!

What does a platform like the Micro Projects Agency bring to them?

The Micro Projects Agency provides individualized support, training and financing to project initiators all over France, in coordination with regional networks.

In its mapping, it also includes all these small actors and their field initiatives, sorted by thematic areas and countries of operation. This directory makes it possible to pool experiences and thereby directly establish contacts between project initiators. It provides them with free access to various publications (practical information sheets, methodological guides, studies, reviews, reports…) in order to allow them to capitalize on the experience of others.

Finally, it gives associations the possibility of requesting support from several donors for the same project. This saves a considerable amount of time for project initiators, who consequently only have to make one financing request to obtain grants from several donors.

What recommendations would you like to make for microproject initiators?

The implementation of a microproject leads to a change in the situation in the field: the objective, of course, being to have a positive impact. To achieve this, it is essential to define the needs of beneficiaries, in coordination with the local partner. The competent authorities must also be informed of the project’s objective. The time allocated to the preparation of a project and the duration of its implementation are prerequisites for its success. Improving living conditions for dozens, hundreds, or thousands of beneficiaries does not happen overnight, and there must be a continuous dialogue between actors from the North and South. Consequently, it is especially important not to neglect the monitoring and evaluation phases.

The various stakeholders must not hesitate to seek support, depending on their weaknesses, in order to overcome them and thereby give themselves every chance of ensuring the success of their project. Undertaking training, meeting specialized actors, discussing with other project initiators who are working on the same thematic areas or in the same geographical areas, being part of a network, taking part in fairs, forums and conferences, are all ways that allow experiences to be pooled and capitalized on and guarantee that projects will have a greater impact in the field.

Finally, bringing associations and the private sector together is an avenue worth exploring in order to take action together, technically and financially, with the aim of improving the quality of development assistance. Consequently, the Micro Projects Agency launches thematic calls for projects in connection with private sector companies, such as in the renewable energies sector (Renewable Energies Professional Organization). Combining public financing with private financing makes it possible to increase the share of financing for associations and to benefit from the technical opinion of professionals who take part in the selection of projects and their monitoring in the field. Together, solidarity actors work for the development of a better world. 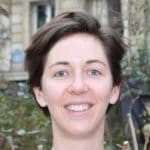