A major environmental and health issue in the Guianas

The Guianas, encompassing Guyana, Suriname and French Guiana, hold a large transboundary gold deposit in a distinctive region of the Amazon, intensively exploited by artisanal and small-scale operations. The ASGM sector involves an estimated 40 000 miners across the Guianas and is a significant contributor to the national GDPs, though this contribution is often difficult to quantify due to a lack of formalisation. In many major mining areas across the Guianas, mining communities are made up not only of workers from the local or national context, but also largely of migrant populations from Northern Brazil. These garimpeiros are part of a larger, highly mobile population of several hundred thousand migrant miners, across the Amazon. As a result, the ASGM sector is difficult to regulate, and its impacts often remain uncontrolled.

The Guiana moist forest has been spared until now from major deforestation fronts, and is therefore of major importance for Amazon conservation. Yet, in recent years, the region has become a major hotspot of gold mining destruction, concentrating 40% of Amazon mining deforestation. Environmental impacts of uncontrolled ASGM extend far beyond the mine itself, both in space and in time. Most of the small-scale mining in the region targets alluvial deposits in riverbeds and adjacent floodplains, generating massive siltation of waterways downstream. With no post-mine restoration obligations, miners leave a bare soil surface where vegetation regrowth is compromised for decades.

Both historical and present mercury releases from the ASGM sector are significant, and cases of mercury contamination in fish and humans have been documented, especially in indigenous and vulnerable populations. This stems both from the widespread mercury-intensive amalgamation techniques used by miners to recover the gold from the ore, and from the deforestation and soil destruction linked to gold mining activities. The latter increases the dispersal of naturally occurring mercury which would otherwise remain trapped in the soils,  thus significantly aggravatings mercury releases to the environment and aquatic systems.

Positive initiatives – to be connected

Guyana has signed and ratified the Minamata Convention on mercury, and has completed a second draft of a National Action Plan. Various initiatives are currently being set up to limit mercury emissions, such as the Mercury-Free Mining Development Fund to increase both gold recovery rates in the sector and access of small- and medium- scale miners to adequate financing for adoption of mercury-free technology.

So far, Suriname is not signatory to the Convention, but is independently preparing for mercury phase-out. A roadmap, including advice to the Government for possible Minamata ratification, has been formulated and launched. The coming years will focus on preparing institutions, legislation and other policy frameworks to implement Minamata, and on drafting a National Action Plan for phasing out mercury in the country.

France has signed the Convention, but has not ratified it yet. Mainland emissions consist mostly of industrial sources and have been quite well controlled over the past decades. An ASGM sector exists in French Guiana, including official mining and clandestine extraction. Mercury use in the official sector has been banned since 2006, which means that a small-scale sector with 10-years experience of mercury-free extraction exists there. However, clandestine miners account for more than 80% of the production and continue to use amalgamation. They annually release an estimated 10 tons of smuggled mercury to the environment. In a context where these garimpeiros (Portuguese for small-scale miners) are illicitly present on the territory and become the target of specific law enforcement operations, building projects with them to limit their use of mercury are virtually impossible.

Indeed, there are strong connections between the ASGM sectors of the three Guianas, as demonstrated by the logistics, which are often clustered around major border rivers and allowing easy movement of miners, mercury and gold. Undeclared mercury flows across borders are intense – in fact, the entire illegal gold production in French Guiana relies on mercury imported clandestinely from neighbouring countries. Between 2008 and 2013, Guyana imported 504 tons of mercury… whereas there are no official imports to Suriname and French Guiana! This means solving the problem of mercury emissions in French Guiana, as requested by the Minamata Convention, can only be achieved by acting on the gold sectors of neighbouring countries.

This is where the positive moves in each of the different territories of the Guianas find their limits. Without a coordinated regional approach, how to provide a coherent overview of mercury contamination? How to address major challenges such as massive mercury use in the clandestine gold sector in French Guiana and potential for traffic in virtually uncontrolled border areas? In such a context it is clear that effective implementation of the Minamata Convention in the Guianas will imply adopting a transboundary vision to tackle the issue of mercury use in ASGM.

In order to support effective mercury phase-out in the region, national policies currently under elaboration in each of the three territories should be coordinated. The setup of a dedicated institutional platform, involving a range of actors (national agencies, members of parliament, unievrsities, NGOs, gold mining private sector companies ranging from refiners, traders, logistic specialist, etc.) seems a relevant and viable option to ensure regional coherence of the mercury strategies.

This targeted coherence can be understood at several levels. First, it is important to tackle the question of undeclared circulation of mercury in the region. Do countries agree on the estimates of undeclared flows between their territories? What can be done to limit these undeclared flows?

Then, it is crucial that the specific issues in border areas be addressed by neighbouring States through a balanced relationship. The Maroni border area between Suriname and French Guiana is playing a key role in high-impact ASGM logistics, thanks to the lack of coordinated control. How can the two countries cooperate to ensure that illegal activities no longer find a haven on the Maroni, while encouraging more sustainable socio-economic activities to reduce the area’s dependency on illegal gold economy?

The experience gained from 10 years of mercury-free extraction in French Guiana can prove extremely valuable when the ASGM sectors of neighbouring countries will have to shift to mercury-free techniques. Similarly, mercury-free solutions for ASGM developed in Suriname may be, at least partly, relevant for Guyana, and vice-versa. It is therefore important to foster technical exchanges between the three territories. This can be done through domestic or transboundary learning trips, and durable support from the more advanced miners to those still developing and calibrating their mercury-free operations.

Finally, given that the ASGM sectors in the Guianas are highly connected, we must bear in mind that a policy on mercury in one country may have effects, positive or negative, on the mercury issue in the neighbouring countries.

In any case, the first step towards a successful management of the mercury issue in the Guianas may well be the creation of a regional observatory of mercury, as a basis for inclusive decision-making (development of national action plans for instance). Such observatory would allow collecting data on mercury trade and biogeochemical flows, mercury use and emissions, etc. It would involve foreign and national universities and research institutes which will collect data, in collaboration with local populations that are impacted by mercury from a sanitary point of view.

The challenge is ahead is that the Guianas turn this transboundary issue into one of the first examples of transboundary-coordinated Minamata convention implementation. This might then pave the way for broader international coordination on the mercury issue, at the scale of the Amazon. 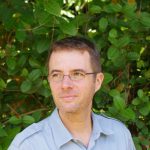 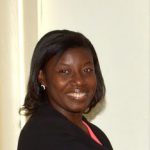