Facebook Twitter Link
Copied to clipboard
In a street in Lagos, the economic capital of Nigeria. Only 10% of people with mental health problems receive psychological support. (CC BY - Stefan Magdalinski)

According to Jolade Phillips, mental health issues such as increased stress levels, anxiety, isolation, and grief due to the loss of loved ones have increased sharply in Nigeria because of the COVID-19 pandemic. Phillips, a psychologist who volunteers for the MANI (Mentally Aware Nigeria Initiative) community organization, says that calls to its public hotline increased by 70% during lockdown.

In 2017, the WHO estimated that 40 to 60 million people experienced mental health problems in Nigeria, out of a population of almost 200 million. Though there is a great need for treatment, less than 10% of patients currently have access to a psychiatrist or healthcare provider.

There are many reasons for this deficiency: a severe lack of providers (according to the Association of Psychiatrists of Nigeria, there are fewer than 300 psychiatrists in the country), general misunderstanding of psychiatric problems, and above all, the persistence of deep social stigma. “When we speak to young adults with mental disorders, we’re struck by the persistent power of taboos,” says Phillips. “The first thing people think of when we talk about mental illness is a naked person walking down the street. These images make it very hard to seek out care when you need help.”

The highly discriminatory legal system also strongly reinforces these taboos. Ifeanyi M. Nsofor, Director of Nigeria Health Watch, told the World Economic Forum that mental health care is still governed by a 1958 law inherited from Britain’s colonial regime. Among other things, it legitimizes violating the rights of people suffering from mental illness. He says this law “authorizes doctors and judicial officers to arrest ‘lunatics’ and decide when and how they should be detained — generally in prisons with inmates convicted of crimes.”

Many international organizations, including HRW, WHO, and MSF, have been trying for years to fight against taboos about mental health in Nigeria. But MANI is also taking action on the ground. In just a few years, its 1,500 volunteers have already treated more than 15,000 patients — 80% of whom are between the ages of 10 and 25. In addition to running a hotline, the organization also offers mental health education programs to many schools and companies, in partnership with United for Global Mental Health, Speak your Mind, and CBM.

MANI’s effectiveness is due in large part to the active presence of its members on social media, which greatly increases its visibility among young people. This constant awareness-raising and monitoring work on Facebook, Twitter, and Instagram allowed MANI volunteers to identify signs of an abnormal increase in anxiety disorders at the beginning of lockdown.

“When lockdown started, people’s presence on social media increased dramatically, and almost every conversation I had was about a mental health issue,” another volunteer psychologist told VOA News reporter Timothy Obiezu. “A lot of people experienced fear or panic, or the stress level had increased, mainly because of working from home.”

In response, MANI decided to provide free online sessions to help people with anxiety disorders. In addition to complying with protective measures, the main advantage of this service is that it offers a safe environment for all young people who want to break the code of silence around mental illness in the country.

Tara, a young Nigerian woman who participated in the organization’s online support program during lockdown shared her experience with VOA News: “MANI really touched my life. Just doing this video, talking about my struggles with mental health, things I had to go through, really helped me feel good.”

In Nigeria, anxiety is mainly driven by uncertainty

Although Nigeria was able to start easing lockdown restrictions in early May, the population still feels anxious. The psychologist says this is because of uncertainty about how the pandemic will progress: “At the moment we still don’t have much information about the disease, nor how soon we will get a vaccine. This is a scary thought, even for those who have been taking care of their mental health. There is also a lot of grief for people who have lost loved ones, or people who have lost their means of livelihood.”

Given the health care system’s inability to adequately respond to the crisis, organizations like MANI are more important than ever. 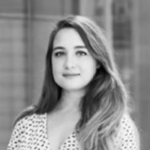