Frédéric Keck is an anthropologist at the CNRS (French National Center for Scientific Research) working on health crises caused by epidemics from animal origins. From 2007 to 2013, he conducted ethnographic research in three areas — Hong Kong, Singapore, and Taiwan — that were hit by avian flu and SARS in the early 2000s. This research is now being published in a book, Les Sentinelles des Pandémies: Chasseurs de Virus et Observateurs d’Oiseaux aux Frontières de la Chine (Éditions Zones Sensibles, June 2020). Combining theoretical analysis with an empirical approach, Frédéric Keck offers constructive ideas for reconsidering risk management policies in response to a crisis such as Covid-19.

Beyond epidemics such as the coronavirus, there is a resurgence of zoonoses, infections caused by a pathogen that jumps across species. How can we explain this?

Over the past forty-something years, zoonoses have become much more frequent among emerging infectious diseases. This cycle began with the appearance of the Ebola virus in Congo in 1976, which was transmitted from bats to humans via primates. Twenty years later, Western European countries faced bovine spongiform encephalopathy, “mad cow disease,” which was expressed in humans as a variant of Creutzfeldt-Jakob disease. A few months later, in the fall of 1997, avian flu wreaked havoc in South-East Asia. The H5N1 virus killed six out of 10 people infected and forced authorities to cull 1.5 million poultry. In 2003, in the same area, Severe Acute Respiratory Syndrome (SARS) spread across several countries, killing some 800 people. The animal reservoirs for this new coronavirus were bats and the intermediate host, the masked palm civet.

Each time, these diseases appeared in areas with close contact between humans and animals, or wild spaces subject to massive economic changes—deforestation, urbanization, and the rise of factory farming. In the countries where they appeared, they formed a unique “epidemic memory” which informed how later health crises were managed and increased our understanding of relations between humans and non-humans.

In your book, you identify three paradigms for responding to these health crises: prevention, precaution, and preparation. With which “memory of epidemics” can they be associated?

Prevention started in Europe in the 19th century, during Pasteur’s time. It was based on an understanding of viruses and disease: risks were evaluated statistically using probability calculations. To contain and annihilate the risk, authorities went to war, often sacrificing some animals and conducting vaccination campaigns. This corresponds to the ideal-typical model of what I call pastoral societies: shepherds looking down upon their flocks in a position of domination.

The precautionary principle emerged in Germany in the 1970s. In France, this concept became popular following the mad cow epidemic. In that case, the authorities asked scientific experts to work on maximum risk assumptions to devise plans for massive intervention to reduce chances the risk would materialize. Several worst-case scenarios were developed, and decision-makers had to choose what steps to take. The problem is that the very protective State is always accused of doing too much or not enough. This can lead to criticisms: “You underestimated the risk, so you made a mistake.”

The reasoning behind preparation is completely different: it assumes that catastrophe is inevitable. The idea is not so much to calculate a risk as to imagine its consequences. Rationality is informed by fiction. It is more of a hunting ideal type, that of hunter-gatherers in an unstable environment who communicate more with animals and are used to detecting warning signs.

China, where economic success has disrupted ecosystems, and its neighbors — Hong Kong, Taiwan, and Singapore — are hot spots in the fight against emerging zoonoses. Which paradigm did those governments choose?

They took a preparatory approach that was first developed in the United States at the end of the Cold War. As sociologist Andrew Lakoff explains in his book, Unprepared: Global Health in a Time of Emergency, after the collapse of the Soviet empire, American authorities were haunted by the fear of bioterrorism and started working on scenarios such as a smallpox attack.

In the end, it was avian flu, and then SARS, that drove South-East Asian countries to take three specific approaches, which I call the “three S’s” of preparation: the sentinel, simulation, and stockpiling. Launched in 2004, in collaboration with France, the P4 laboratory in Wuhan played an important role as a sentinel in China — in fact, it is very likely that Wuhan was just where the most recent coronavirus was identified, not where it first appeared. At that time, the country was also launching pandemic simulation exercises in hospitals. Lastly, stockpiling measures were implemented for items ranging from masks to antivirals.

Does this mean we should view China’s management of the Covid-19 epidemic as successful?

China was a good sentinel, but a terrible whistleblower. The attribute of a good sentinel is the speed with which it detects a signal. A good whistleblower relays this signal to various stakeholders: decision-makers, public opinion. However, freedom of expression is required, which was lacking for Li Wenliang, who attempted to warn others about the risk of an epidemic as early as December 2019. He was prevented from doing so by the Chinese authorities, who accused him of spreading rumors. The second wave of the epidemic emerging in Beijing shows that the Chinese government is sparing no effort to contain the epidemic as soon as the first warning signs appear, possibly to the detriment of its economic recovery.

In contrast, during the avian flu epidemic in 1997, Hong Kong managed to act both as a sentinel and whistleblower. After identifying the virus, researchers in Hong Kong collaborated with the World Health Organization (WHO) and the Centers for Disease Control and Prevention (CDC), the US national public health agency. The fight for democratic freedom currently being waged against Beijing’s hegemonic power also touches on its management of epidemics.

Even if the Covid-19 crisis isn’t over yet, are there lessons to be learned?

This pandemic has been a global experiment that will allow us to identify good models to follow. We should look carefully at how several small countries managed their crises, such as Taiwan, South Korea, and New Zealand. And we are certain that confining people is not a good preparatory measure: it couldn’t be avoided, but can’t continue indefinitely.

Beyond public health concerns, this experience may also inspire us to question our individual behaviors. The issue is not really our relationship to bats and pangolins, but rather the meat we eat: if it is a pathogen, shouldn’t we be eating less of it? Each zoonosis marks a turning point: it enriches our memory of epidemics and calls into question our relations with non-humans. 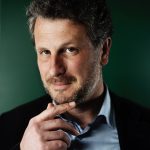