The transformation of agriculture in the Southern Mediterranean under the effects, which are already being felt, of climate change is a process initiated about ten years ago. The challenges of this transformation are based on two pillars:

As a priority, support the development and modernization of rainfed agriculture, which is the productive base of Mediterranean countries (it accounts for the vast majority of farmers), but is also the most vulnerable to climate change. For example, in Morocco and Tunisia, projects are conducted to disseminate direct seeding mulch-based cropping systems, which show that agricultural practices that conserve water and soil resources are indeed possible in the Mediterranean. Yet these dynamics pose a number of problems in terms of adoption, for example, due to the specific equipment that needs to be acquired or competition over organic matter between agriculture and livestock rearing (as animals traditionally graze on the fields following the harvest – common grazing – and export the crop residues, which prevents the formation of a layer of protective organic matter). Appropriate and proactive public policies can alone initiate these necessary changes.

Irrigated agriculture is the second pillar of these agricultural transformations, for its capacity to partly avoid water-related hazards, but too often obscures the priority effort that needs to be made for rainfed systems. AFD also finances a number of projects to extend and rehabilitate irrigation schemes in the Maghreb region and, in recent years, has been supporting countries like Morocco and Tunisia for their water saving programs. One of the aims of these programs is to prepare irrigated agriculture for a situation of increased water scarcity through the widespread development of plots with localized or drip irrigation. They are today showing certain limits in terms of effectiveness compared to the amounts invested to implement them. Indeed, this “hard” aspect of the problem of water uses must not, in this case also, draw a veil over the necessary social management of the resource, as a “common” good, for which a number of rules of use and best practices need to be decided at grassroots level, between farmers, users and the State representatives. This consultation and mobilization work by actors also requires a political and budgetary effort, which Southern Mediterranean countries still find difficult to accept.

In order to encourage development agencies and partners in the South to innovate in this field, FAO has recently coined the term “Climate-Smart Agriculture” for these transformations, a concept which includes a set of agricultural practices or production systems that permanently increase labor productivity, while improving the climate resilience of agricultural holdings (capacity to recover after an extreme climate event) and reducing their greenhouse gas emissions. In practical terms, this can be irrigated agriculture (adapted to the increasing scarcity of rainwater), making an optimized use of inputs (thereby limiting emissions). It can also be agroforestry systems (for example, cereals sown alternately with rows of olive trees or walnut trees which, thanks to the combination of trees with annual crops, store more carbon (mitigation) and generate a microclimate on the plots, limiting the impact of droughts or acute climate events -in particular by protecting the plots from erosion through rooting).

However, while these agricultural transformations indeed take place through changes in practices at plot level, in terms of technical processes and methods of using resources, collectively known as Climate-Smart Agriculture, it is also important to consider the adaptation of the agricultural policies themselves in Southern Mediterranean countries. Without “Climate Smart Policies”, innovations in the field, however agronomically ingenious they may be, will remain at the stage of virtuous pilots without the necessary “scaling up” to meet the challenges mentioned above.

The water sector in particular, will be central to the challenges and tensions in the coming decades. Public policies, especially water saving strategies in agriculture, would benefit from being reconsidered to set a better balance between their technical/infrastructural dimension and their unquestionable social dimension, related to the organization of water uses. Yet today, it can be said that in the Maghreb region, for 100 million EUR invested in infrastructure, less than 10 go to improving the organization of water uses and defining appropriate and concerted rules for them, jointly with the users’ associations in the irrigated areas. While it is not a question of reversing this ratio, it seems important for decision-makers in the Southern Mediterranean region to recognise the economic profitability of these “soft” actions, which in particular determine the effectiveness of the infrastructure components (what is irrigated infrastructure without users organized to properly develop it?), and devote an increasing budgetary effort to it.

Concerning the development of forms of rainfed agriculture adapted to climate change, governments develop very few mechanisms to give incentives for a “conversion” to this Climate-Smart Agriculture. One example is the dissemination of “no-tillage” techniques or direct seeding mulch-based cropping systems (DMC). This technique consists in eliminating tillage from the crop system by directly sowing seeds on untilled land using specific equipment (direct seeder). This practice (i) limits soil erosion; (ii) improves the water retention capacity; (iii) accelerates fertility restoration and makes it possible to work in a more flexible manner to sow directly following a favorable climatic event (opportunity agriculture). The adoption of this new technical process requires the acquisition of a specific seeder (more sophisticated than the traditional seeder) and a tractor with a capacity to pull it (for mechanized agriculture, this represents a minimum total investment of EUR 50,000). Few farmers in Southern Mediterranean countries would accept to make this type of investment without an incentive from the State and without specific financial support from banks. Yet there are already many subsidies in place and they use up a large proportion of an often limited budget. Consequently, “Climate-Smart” financing tools must be devised between organized farmers (associations, professional organizations), the State, Agricultural Banks and international Carbon Funds, which should earmark a more significant proportion of their resources for the promotion of these forms of agriculture. This would also provide the concessionality required for these financing mechanisms.

Finally, farmers in Southern Mediterranean countries must receive more effective support for their decision-making to ensure that these transformations take place and are widely disseminated. The reform of extension mechanisms (through the introduction of advice based on the economy of agricultural holdings and not on imported agronomic precepts) and the renewal of agricultural and rural training systems are the fundamentals of any process to change agriculture and should therefore, in particular, be taken in account for its adaptation to climate change.

In short, the acuteness and urgency of climate change-related issues in the Southern Mediterranean is probably the best opportunity for these countries, on the model of what Morocco has initiated with its Green Morocco Plan, to adopt highly proactive and ambitious public agricultural policies, based on the realities and needs of agricultural areas, their developments and what highlights their value. 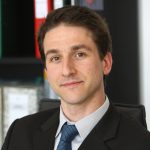