The latest FAO report shows that hunger is in retreat around the world. Has malnutrition replaced undernutrition?

Malnutrition is a broader notion than undernutrition as it also includes situations of deficiency (in protein, iron, iodine and vitamins, for example), as well as problems of overweight and obesity, which are increasing sharply, including in developing countries.

The latest FAO report, “The State of Food Insecurity in the World 2014”, indeed shows that undernutrition or undernourishment is in retreat around the world in absolute terms. 805 million people are, however, in a situation of chronic undernutrition, i.e. slightly more than the population of Europe. Furthermore, these global figures mask great disparities: while considerable strides have been made in Latin America for example, the prevalence rate for undernutrition remains high in Africa and has fallen little in recent years.

The figures for malnutrition are, of course, even more alarming. The Strategic Orientation Document on nutrition adopted by France in 2011 indicates that 10 children die of it every minute. According to UNICEF, about a quarter of under-five-year-olds (i.e. 165 million) suffer from stunting. Situations of deficiency, which are still called “hidden hunger”, affect 2 billion people around the world according to FAO. Finally, it is estimated that 500 million people are obese.

The issue of hunger was for a long time only considered in terms of calories. The issue of malnutrition is now taken into account in its complexity.

To what extent does malnutrition hinder the development of a country?

Malnutrition has serious effects: it impairs physical and cognitive development when it affects children, especially during their first 1,000 days of life (from a child’s conception until it is 2 years old). It can thus be seen that the mother’s nutrition and health status play a key role in terms of child stunting. As highlighted in the latest UNICEF report on the subject, a malnourished mother is more likely to give birth to a stunted child, which perpetuates the vicious circle of undernutrition and poverty. There is today a consensus on the importance of the fight against maternal and child malnutrition (MCM) in development strategies.

The consequences of stunted growth are extremely serious, as a child who has experienced stunting will be affected for the rest of its life. For example, research conducted as part of a study entitled “The Cost of Hunger in Africa: Social and Economic Impact of Child Undernutrition in Egypt, Ethiopia, Uganda and Swaziland” (COHA) has shown that there is a link between malnutrition levels and grade retention among children at the primary level. Beyond the moral issue, malnutrition has direct consequences in terms of economic costs for both individuals and society: education systems, health systems, productivity of individuals, etc. The COHA study puts these costs at 1.9% of GDP in Egypt, 3.1% in Swaziland, 5.6% in Uganda and 16.5% in Ethiopia.

What are the causes of malnutrition?

We should first of all do away with certain preconceived ideas. As WFP (World Food Programme) points out, and despite the impression that the media may give, less than 8% of victims of hunger are in emergency situations: they are babies whose mothers cannot breastfeed them, neglected elderly people, unemployed slumdwellers, landless farmers who till the land of others…
Malnutrition has multi-factorial causes, which have been classified by UNICEF. The two main immediate causes are the inadequacy of food intake and illness. Their interaction tends to create a vicious circle: for example, an undernourished child has less resistance to illness, which can in itself aggravate its undernutrition.

The inadequacy of food intake and illness are themselves linked to what are called underlying causes, which are classified in three groups: food insecurity in households, the inadequate provision of healthcare facilities, water and sanitation, and the poor quality of care for children and women.

It is accepted today that the increase in agricultural production alone will not suffice to ensure food security. Nonetheless, households need to have access to food, an access that is distinct from availability. A family that is too poor cannot purchase products, even if these products are on the market. This is also linked with questions that are currently being raised over the interest of social protection systems. Furthermore, environmental degradation, climate change and the mismanagement of natural resources are all factors that foster chronic food insecurity.

The lack of access to health services for the most deprived populations, along with the lack of access to drinking water and effective sanitation, and the squalor in and around houses, foster the spread of infectious diseases. They are all factors that contribute to malnutrition.

Finally, care practices are essential: taking care of a child means feeding it, educating it and guiding it and in this respect education plays a vital role.

However, these underlying causes themselves result from more fundamental causes. Indeed, as UNICEF states, “Political, legal and cultural factors… the degree to which the rights of women and girls are protected by law and custom; the political and economic system that determines how income and assets are distributed; and the ideologies and policies that govern the social sectors” are decisive in the fight against malnutrition.

In conclusion, malnutrition, particularly undernutrition, mainly affects the most fragile and most disadvantaged populations, especially children, women and rural communities. However, in the specific context of developing countries, obesity greatly affects affluent urban populations. Malnutrition calls into question the food system in all its dimensions, including changes in eating habits and the responsibility of agri-food companies.

Can you give us examples of countries which have invested heavily in the fight against malnutrition?

Given the multi-factorial causes of malnutrition, if we want to achieve large-scale results, the only way is through a simultaneous political, multisectoral and coordinated response.

In Ethiopia, while the situation continues to be a matter of major concern, in just a few years, the percentage of children under five suffering from stunting has fallen from 57% to 44%. These results have been achieved thanks to a National Nutrition Program, which included free health services, the implementation of community nutrition programs and the introduction of a social protection floor. Several donors worked in coordination to support this program.

Actions such as promoting breastfeeding, nutritional education, family planning, nutritional care in health centers, etc. are all essential measures that improve the nutritional situation of populations. They do, however, remain insufficient. FAO recommends mainstreaming clear nutritional targets into agriculture, health, education, economic and social protection policies. In this respect, there has been a lot of talk about the significant advances achieved in terms of nutrition in Brazil, thanks to the social protection programs “zero hunger” and “Bolsa Familia”, which is distributed to millions of families provided that their children go to school.

However, it is not always possible to implement national programs with ambitious policies to fight against malnutrition, either because the situation in countries does not allow this, as is the case in countries in crisis, or because the authorities in the countries are not sufficiently convinced of the importance of this issue. Donors and NGOs support the implementation of projects, for example, by promoting agricultural development that is “sensitive to nutritional issues” in synergy with health programs which include the fight against malnutrition. Local initiatives can also be mentioned: in Madagascar, centers have been set up to advise on nutritional education and supply appropriate food. In order to make the activities conducted sustainable, the project initiators have decided to move from an association-based approach to an entrepreneurial approach by creating a social enterprise, Nutri’zaza.

What are your main recommendations to fight against malnutrition effectively?

The previous examples show that it is possible to take action at all levels, if the fight against malnutrition is clearly identified as being a development objective.

The political dialogue with the authorities is an important first stage. The ideal situation to achieve the most visible results is, of course, to be able to support the efforts of a country that has defined a policy to fight against malnutrition, and this in coordination with other donors.

However, a decisive step is to take the fight against malnutrition into account in the definition of a project, whatever the sector, and to be aware of the importance of multisectoral approaches in the resolution of problems of malnutrition. 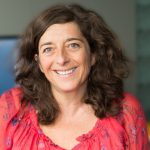