Following a record production of 9 million tons in 2015-2016, Mali has become the second largest cereal producer in West Africa, after Nigeria. Malian agriculture is actively supported by the State, in particular through the National Agricultural Development Bank of Mali (BNDA), a semi-public company set up in 1981. Its shareholders include Agence Française de Développement (AFD) and the German Investment and Development Company (DGE). Its initial objective was to finance agricultural projects, but in order to ensure its profitability, it became a generalist commercial bank following the cotton crisis in the 1990s, like France’s Crédit Agricole. An interview with its Managing Director and Chairman, Moussa Alassane Diallo.

How do you support Malian agriculture?

We work on the basis of medium-term development plans defined for five years, from 2016 to 2020 for the current period. We support all the different forms of the primary sector in the broad sense: agriculture, livestock raising, fishing, fish farming, forestry and rural handicrafts.

These are the bank’s two main financing activities. The average loan size ranges between FCFA 5 million and FCFA 6 million – EUR 7,500 and EUR 9,000. Loans for inputs have a maturity of twelve months and four to five years for agricultural equipment.

What are the prospects?

They are excellent, as there has been tremendous progress in Malian agriculture in recent years, following the good level of rainfall during the last three agricultural years. Thanks to the improvement in agricultural inputs, Mali had a record production of 552,000 tons of cotton for the 2014-2015 season, against 440,000 tons for the previous season and 513,000 tons in 2015-2016. The forecasts are even better, with an expected harvest of 650,000 tons in 2016-2017, a rise due to the 14% increase in planted areas.

For the National Agricultural Development Bank of Mali, prospects are also good, thanks to the economic recovery. We have a turnover of some FCFA 150 billion a year, with net income at FCFA 9 billion in 2014 and FCFA 8 billion in 2015. In 2014, we injected FCFA 216 billion into Mali’s economy.

What are the main challenges you face?

Climate hazards are our main challenge, with the droughts, floods and locust infestations they bring. Consequently, our main challenges concern water management in the areas irrigated by the Niger River, as well as investment in agricultural developments, which start with the electrification of rural areas. On this issue, an extensive program, called the Rural Electrification Hybrid System (SHER), supported by the World Bank, is being conducted by the Mali Agency for the Development of Household Energy and Rural Electrification (AMADER). However, it remains insufficient to cover the country’s energy needs. The National Agricultural Development Bank of Mali, in conjunction with the Ministry of Energy and Water, consequently aims to develop an electrification program via solar energy, which is extremely important for the promotion of rural development. Electricity is essential in villages. It is a real economic revolution, as it leads to the emergence of small processing companies for agricultural raw materials.

Agriculture in the face of climate uncertainty: Combination of adaptation and mitigation required


Another challenge involves moving from food crop and subsistence farming dominated by small family farms to a more intensive market activity. We have two approaches. The first is to help these family farms increase cropland and improve their access to markets. Secondly, we want to encourage the large traders to invest in more industrial and larger farms, from 50 to over 100 hectares. It involves developing them so that production can be processed on the spot, especially wheat, which would reduce flour imports. The objective is also to make Mali self-sufficient for certain crops, such as potatoes for example.

Should agriculture be subsidized more in Mali?

Yes, I think so. Every year, FCFA 30 billion to FCFA 40 billion are mobilized for agricultural subsidies, in a context whereby over 15% of the State budget is earmarked for the Malian primary sector.

Subsidies are essential in order to support the sustainability of our system and ease the burdens on Malian farmers. They need to be more effectively monitored and controlled so that we can use them efficiently.

In your opinion, which country is a model for rural development in Africa?

The “Green Morocco” Plan seems exemplary to me. The Kingdom of Morocco has worked miracles in terms of agricultural development through its political determination and long-term investments. The main lesson to be learned is that infrastructure in rural areas needs to be financed over periods of 20 to 30 years. This long-term vision is crucial, as is the mobilization of all industry stakeholders.

Is the National Agricultural Development Bank of Mali faced with sometimes contradictory directives from donors?

No, we aren’t. BNDA is master of its own destiny. The Malian executives who manage the bank do so on the basis of knowledge of the environment, the rural context, and the opportunities that exist for our agriculture. We do not need any lessons in these fields. There can be no question of any kind of directive or power relationship, because we know what we want. We seek financing for our priorities, without any strategy being dictated from outside, which would be totally unacceptable.

For example, we are the main financier of cotton. We work with cotton growers at grassroots level, to finance agricultural inputs and equipment upstream, as well as cotton marketing downstream, with the Mali Textile Development Company (CMDT).

A collaboration based on a win-win partnership. Mali has huge agricultural potential: we have a million hectares of arable land which can be developed in the Office du Niger zone, i.e. a third of cropland in Mali.

The Office du Niger, a public industrial and commercial undertaking (EPIC), manages the largest hydroagricultural development project in West Africa, which is located in Mali’s fourth largest administrative region in the center and north of the country. Water directly flows from the river to the fields, thanks to the gravity-fed system – this is an additional advantage for us. This is a crucial project, not only for our economy, but also for the development of Northern regions, which is an essential issue for the country’s stability. 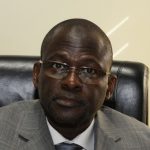