Facebook Twitter Link
Copied to clipboard
Assimi Goïta, president of the National Committee for the Salvation of the People, at a meeting on August 22 in Bamako (ANNIE RISEMBERG / AFP)

Is a military coup “acceptable” as a last resort for resolving a political stalemate? On August 18, a group of soldiers led by senior officers decided, of their own accord, to put an end to the second term of Malian President Ibrahim Boubacar Keïta, commonly referred to as IBK, elected in 2013 and then re-elected in 2018. After the president refused to submit to the soldiers’ order to resign, the perpetrators of the coup arrived at his home to arrest him and Prime Minister Boubou Cissé, who had also rejected the ultimatum.

After briefly demanding the reinstatement of the Malian president, the West African sub-regional organization, the Economic Community of West African States (ECOWAS), eventually recognized the dismissal of a leader rejected by a growing portion of the population amidst a relentless increase in insecurity throughout the country (in the north and especially in the center), growing corruption, of which the military also bore the consequences and, more generally, the repeated failures of a State that had been paralyzed for months, if not years. Today, many voices, both in Mali and outside the country, insist that this crisis represents an “opportunity” to bring about major change in Mali and make a fresh start based on healthier political foundations.

The military, a key political stakeholder in Mali

In the very short term, the power grab has certainly allowed for a political reshuffle. The officers who took power under the banner of the “National Committee for the Salvation of the People” (CNSP) quickly initiated discussions with representatives of the M5-RFP opposition movement (June 5 Movement-Gathering of patriotic forces), a coalition of opposition parties, political figures who had broken with the IBK camp, members of civil society, and close relations of influential imam Mahmoud Dicko. After mobilizing public opinion in Bamako against the regime for weeks, the M5-RFP now intends to reap the benefits. On August 26, its leader Choguel Maïga (a former minister under IBK) stated that his movement and the CNSP were the “two key players” in the transition which has been “long-awaited” by the people of Mali.

Although the M5-RFP succeeded in stirring up large crowds in Bamako against the government, requiring military intervention, it must now confirm its commitment to meet the expectations of a large portion of the country’s population. For the time being, it is once again the military who are taking the leading role in this new chapter in Mali’s history. Since the country’s independence in 1960, the former French colony has experienced no fewer than four coups: in 1968, 1991, 2012 and 2020. The country was governed by a member of the military, Moussa Traoré, from 1968 to 1991, and later by former paratrooper Amadou Toumani Touré (also known as “ATT”). ATT, the main orchestrator of the coup in 1991, handed power over to a civilian, Alpha Oumar Konaré, a year later and, in so doing, earned the nickname “soldier of democracy”. ATT then ran for office in 2002 and was elected president. Reelected five years later, he was ousted from power in March 2012 by a handful of non-commissioned officers just before the end of his second term, at a time when the entire northern half of the country had fallen into the hands of Tuareg and jihadist separatist groups.

After eighteen months of international pressure from all sides and French military action against jihadist groups launched in early 2013 (operation Serval), Ibrahim Boubacar Keïta came to power, winning the presidential election by a landslide during the summer of 2013 (77% of the votes cast). Despite the spread of violence to the center of Mali, a reconciliation process with Tuareg groups that was at a standstill, and multiple accusations of corruption, he was reelected in 2018 under disputed conditions and amid a general atmosphere of resignation. During the second round, voter turnout barely exceeded 34% of the electorate. Two years later, with anger brewing in Bamako and amidst complete political stalemate, IBK was in turn ousted by the military.

Will the M5-RFP’s capacity to mobilize strong support in Bamako lead to political renewal in Mali? The political class is now widely discredited, according to a survey published last July by Afrobarometer, a network of independent pan-African researchers: while confidence levels in the president were at 47%, levels of confidence in the ruling parties had fallen to 38% and in the opposition parties to 37%, leaving them all in the same boat. In Mali, the borders between the two spheres are porous, and yesterday’s fierce opponent can potentially become tomorrow’s minister.

According to this same survey, traditional chiefs, security forces and religious leaders enjoy the highest confidence levels (83%, 82% and 78%, respectively). Surprisingly, public opinion in Mali continues to have a high level of confidence in a military that continues to suffer clear defeats on the ground against armed groups and is regularly accused by human rights organizations of abuses against civilians. It is now this military, however, which will be dictating the country’s political agenda and calling the shots, through the National Committee for the Salvation of the People (CNSP).

“Undo the coup d’état without going back”

The critical issue for this new period is the duration of the transition. Still smarting from the failure of the IBK regime, and apparently suspicious of political parties, the CNSP seems to have envisioned a long transition period, initially lasting three years, headed by a military officer. However, under international pressure, especially from ECOWAS, it will likely need to reconsider these plans. The West African organization is seeking to reduce the duration of this transition in order to return to constitutional order as soon as possible and hand over leadership of the transition to a civilian.

The International Crisis Group think tank summed the situation up well in stating that the goal is to “undo the coup d’état without going back.” In other words, prevent the military from becoming embedded in the political system without relapsing into the bad habits of the IBK regime. The challenge is huge. In the course of the country’s crises, there is a risk that Malians will lose faith in politics in a serious and lasting manner. In light of this loss of confidence, apart from the army, which is by nature ill-equipped to govern, one man may well offer a solution: imam Mahmoud Dicko.

As a leading figure of the M5-RFP movement, the influential religious leader, who remains wisely ambiguous regarding the Salafist movements, initially stated that he would return to his proper place, the mosque, after obtaining what he had demanded: IBK’s departure. Mahmoud Dicko’s authority has been clearly strengthened by these events, but he maintains that he is not a politician. However, this did not prevent him from sending an initial warning to the CNSP, which he accuses of going it alone. In the past, by mobilizing his supporters on a massive scale, Mahmoud Dicko has forced the government to drop several decisions which he viewed as contrary to the values of Islam (Family Code, the content of school textbooks, etc.). Could he turn out to be the true winner of the coup of August 18?

From beneficiaries to co-operants: overcoming conflicts of perception in the Sahel 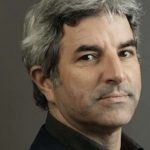