Between 2012 and 2017, malaria-related mortality in the Greater Mekong sub-region fell by 93% and the total number of confirmed malaria cases fell by 75%. What explains this progress in your view?

It’s the result of a number of factors, especially the involvement of various actors. First and foremost, the governments of the five countries in question—Myanmar, Laos, Vietnam, Cambodia and Thailand—have been engaged at a political level. That’s translated into new momentum at the head of national programs for the fight against malaria, as well as at the level of local health authorities, who are more involved, receive more support and are held more accountable.

The scientific community, particularly the IRD and the network of Pasteur Institutes, has for its part played a very important role in understanding resistance to antimalarials and the transmission of the parasites that cause malaria. These parasites (particularly Plasmodium falciparum and Plasmodium vivax in this case) are becoming more and more resistant to antimalarial combinations as they are exposed to them. To head off the development of these resistances, national treatment recommendations must be modified regularly, country by country, even province by province. That requires boosting health monitoring so that the parasites’ circulation can be better understood and losses in effectiveness of therapeutic combinations can be better tracked. Such permanent monitoring is in place today thanks to coordination among a number of actors, under the authority of the WHO.

Finally, community involvement has been fundamental throughout the region, particularly in the most remote, mountainous areas and along the borders, as well as in densely forested areas. Thanks to community efforts, awareness has been raised among affected populations, and mosquito nets, screening tests and appropriate treatments are available everywhere.

Collaboration with civil society and key populations is a hallmark of the Global Fund. How has this contributed to the program’s success?

The countries where performance is the weakest are precisely those where the people who are most affected benefit from the least protection and suffer the most from discrimination. Malaria is linked to judgment and stigma, just as HIV and tuberculosis, although this fact is lesser known. In the Greater Mekong region, the people who are most affected are migrant workers, forest workers and ethnic minorities. It’s impossible to achieve good results without close collaboration with these populations and a better sense of the needs of the most vulnerable.

Malaria is often seen as the poor relation among pandemics. Has financial support been forthcoming in the Greater Mekong?

Massive financial support from international aid was crucial in achieving the results we’ve mentioned. These programs are costly. They require enormous human resources and significant investments for buying insecticide-treated mosquito nets and medication. In the region, it’s primarily thanks to the Global Fund that we were able to scale up in terms of financing. In addition, to maximize the usefulness of the financing, a further regional initiative was implemented in 2014 to deal with the rise in resistances to antimalarial medications. This kind of approach is essential, especially in an area like this one, which is the epicenter of drug-resistant malaria. It enables us to counter the development of resistances and achieve long-term elimination of malaria at the same time. Since 2018, we have been expanding the sharing of resources and solutions: Global Fund grants for fighting malaria in the five Greater Mekong countries are now all regional.

Creating knowledge and translating it into public health practices and policies is more necessary now than ever. To do so, operational research, a research area that consists, for example, in gathering data on the ground by studying mosquitoes and examining the dynamics of transmission, is truly essential. Among other reasons, it’s valuable as a way of inventing tools adapted to the fight against malaria and is particularly relevant for responding to resistances in Southeast Asia.

What challenges remain in fighting malaria in the Greater Mekong? In the world?

In the Greater Mekong, the goal is the total elimination of malaria and of the transmission of the parasite. Currently, cases are becoming less and less frequent. Ironically, the phase we are entering is undoubtedly the most difficult in the fight against the pandemic. Relative to the number of cases confirmed and treated, the fight may seem very costly and there may be a temptation to discontinue the programs. It’s a mistake we cannot make. We must absolutely keep them going and convince all the actors that they must not let down their guard: allowing other resistances to appear is a risk we cannot take.

In the rest of the world, the situation is totally different. In sub-Saharan Africa, for example, we are still pursuing strategies for getting the epidemic under control, rather than strategies for eliminating it. Intensifying the battle is fundamental there because today that’s where malaria is most fatal, notably among children five and younger.

Why should the fights against the three major pandemics be combined, as the Global Fund does? What are their commonalities?

In the early 2000s, the starting point for the international community was the epidemiological reality: the number of tuberculosis, HIV/AIDS and malaria cases was constantly rising and the mortality curve was exponential. The pandemic nature of these diseases was important: more than one hundred countries were affected.

Another conviction guided the creation of the Global Fund: in global health, a massive investment isn’t enough; it’s also necessary to change the governance of the fight. That required equal involvement on the part of the donor countries, the countries implementing efforts, civil society and representatives of people affected by the diseases. The goal was to encourage ownership of the fight by the countries that were waging it, not just by specialists in Geneva, Washington or Brussels. The creation of the Global Fund was a veritable revolution and I think it’s been an almost unheard-of success in the development world.

France contributes to the Global Fund both directly and indirectly through the 5% Initiative. Why this unique strategy?

Since 2012, a percentage of the French contribution to the Global Fund has been used each year as a complement to investments to offer indispensable technical assistance and finance innovative or catalyzing projects, particularly in francophone countries. Germany and the United States both have rather similar tools of indirect action, but the 5% Initiative’s technical expertise offering is both quite responsive and quite comprehensive. This approach makes it possible to intervene in strategic aspects of the fight against the diseases as well as in the management of supply chains or the financial and budgetary managements of the Global Fund grants, etc. Additionally, over the years, we have also determined that it is useful to act as an additional sponsor to help validate approaches, for example, or innovate health care tools. For example, can we delegate certain elements of delivering medicine to community organizations, or even, is it possible to do better and less invasive tuberculosis screenings in children? Potentially, that may lead to more lasting financing from the Global Fund because the grants may be renewed and will thus have longer-term impacts.

France is a historic partner of the Global Fund and its contribution, both direct and indirect, contributes to its leadership in global health. Remember that its commitment as a donor and through its governance has never wavered, from the presidency of Jacques Chirac to Emmanuel Macron’s invitation to host the replenishment conference in Lyon next October. Betting on the long term is one of the keys to succeeding in the fight against the pandemics. 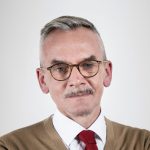