Professor in Practical Philosophy at the University of Gustave Eiffel

Facebook Twitter Link
Copied to clipboard
A laboratory monkey interacting with employees in the breeding centre for cynomolgus macaques at the National Primate Research Center of Thailand at Chulalongkorn University in Saraburi.(Photo by Mladen ANTONOV / AFP)

What lessons have been learned during the COVID-19 health crisis?

The pandemic has exposed our shared vulnerability. We live on the same planet, and must all deal with the same global issues, such as the current health crisis and its economic, political and geopolitical repercussions.

When confronted with present or future disasters, people may be lured into denial or philosophical presentism. However, the fear of illness and death, when not resulting in a state of panic, can also help us to broaden our knowledge, and to become more conscious. And yet, it is necessary to go through this fear in order to overcome it, and act in a responsible way. Every individual needs to reflect on the negative effects of a development model which is no longer logical so that it can be changed.

In the face of the climate crisis, why is change so slow?

Although humans well aware of these issues, they are reluctant to change their lifestyles. Collectively, humanity has still not made ecological transition the main focus of a political program to establish a new direction for the economy.

There are many reasons for this inertia. First and foremost, our concept of growth is still based on the idea that the world’s resources are infinite. Secondly, people value the consumption of energy-intensive products. However, a more moderate lifestyle can be achieved through self-transformation, by changing our social attitudes and values, and learning that we can enjoy consuming differently. Lastly, the energy transition has been presented as a burden on society, with the focus being solely on the sacrifices that need to be made. However, it should be viewed as an opportunity to challenge outdated modes of production. We are mainly presented with ideological and guilt-inducing rhetoric, which only makes people more resistant to change. For example, reducing our meat intake also involves learning to cook differently, and ensuring alternative vegetable-based products are available in work canteens. Imagination and innovation are key factors in driving ecological transition.

With regard to the process of ecological transition, what are the drivers of and barriers to change?

Ecological transition is not possible without a profound transformation of human subjectivity in terms of both intellect and sensibility. Social attitudes to our role in creation and the earthly condition can change our values and have an impact on our emotions and attitudes which, as well as personal interests, have been the main drivers of change throughout history. Becoming aware of our vulnerability and our dependence on others, including other living things, broadens our subjective outlook. The awareness of belonging to a shared world, with its natural and cultural heritage comprising all generations, becomes obvious, and changes the way we interact with others and use resources.

Politicians also create barriers to change, as the only economic strategy they have known until now, has been rooted in productivism and neoliberalism. Ecological transition must make “planetary limits, our relationship with animals, health and reducing inequalities” central to political policy. Nonetheless, from the point of view of citizens, these issues are gradually becoming at least as important as security and the coexistence of freedoms.

Another issue with putting the theory of transition into practice, and the reason why there is a gap between this awareness and reality, is the binary and divisive rhetoric that is currently monopolizing the public discourse. The media tends to put the spotlight on individuals that have a flair for controversy. However, in a functioning democracy, people must be allowed to express contradictory views, to negotiate with each other, and to reach an agreement despite many differing opinions.

In an ideal world, redefining the relationship between local and national authorities would be seen as essential, allowing more freedom to experiment, instead of imposing measures in a technocratic way, without taking account of context. Lastly, another barrier to transition is the lobbyists, who endorse extractivism, and productivism, etc.

What does repairing the world mean?

Repairing the world is both a modest and an ambitious term. It is not about revolution or returning to the Garden of Eden. First and foremost, it means becoming aware of imminent destruction, and the potential collapse of society, whether in terms of the climate or our political structures, and then committing to playing our part. To achieve this, people must ask themselves what should be preserved and rebuilt and what needs to be changed, or even scrapped. Collectively and individually, we must take stock of the situation. Furthermore, repairing the world means reflecting on constructive ways forward, by proposing theoretical and practical tools to drive change across several areas. Repairing the world is about preparing for the future, even when the present seems grim, and doing what we can in the here and now to fight against chaos.

Now is the time to reflect on ecological transition, whose four pillars are the fight against climate change, health, social justice and our relationship with both wild and domestic animals. The anthropocentric and dualistic foundations of our society must be challenged, as well as the concepts of freedom which have served to fuel liberalism, both politically and economically, while at the same time advancing and strengthening human rights. As living beings, our lives are not just about freedom, but also our carnal instincts and the human condition. The fact that we need air, water and food to live, emphasizes the relational nature of our existence. Ecology, the condition of our existence, and our coexistence with animals are relevant to political policy because they are intrinsic to our daily lives. Likewise, if the air and water are polluted, our freedoms are threatened. And as for our economy, in the event of a climate crisis or pandemic, it collapses.

How do other living beings fit into this ecological transition?

By its nature, living on Earth is about cohabiting, sharing the space and resources with other living beings. Our relationship with animals raises questions about justice, as humans govern with absolute sovereignty over them, and destroy their habitat, regardless of the fact that their basic standards for living and their existence impose restrictions on our right to colonize all land and to use it as we see fit. Justice is about setting boundaries and ethics is about making room for others.

Violence toward animals is a reflection of a dehumanizing and untenable model of Development. It is an issue of civic responsibility. The animal rights cause has a strategic role to play because it highlights the dysfunctions in our development model, and because it is an emotional issue that can instigate personal transformation in many people, leading to a change of lifestyle. However, proponents of the animal rights cause must exert pressure on society and governments in an intelligent manner. They need to demonstrate that the aim is not to destroy butchers altogether, but that it is a universal and vital issue.

Are there any areas of consensus with regard to animal rights?

Absolutely! For example, many people would like to see an end to cages for laying hens or pregnant sows, the mutilation of live piglets, filing animal teeth, the fur trade, transporting livestock for journeys longer than 8 hours, and so on. The media covers these issues as if they are completely divisive, with no possibility of agreement, and this is simply not true! There are practical solutions which are unanimously or almost unanimously agreed upon, and which could lead to positive changes.

The proportion of animal products in our diet must also be reduced. In industrialized countries, it is imperative to develop cereal production and to subsidize small farms rather than larger-scale farms and factories.

In your opinion, what conditions are required for ecological transition?

The word ecology comes from the Greek oikos, meaning the home of earth dwellers. Ecology relates to how we apply wisdom to our existence on Earth, meaning that it encompasses the environmental issues associated with the climate crisis. However, it also covers social and psychological aspects, such as the self-transformation, and change in our social attitudes I mentioned earlier, and their impact on our emotions and behavior.

Finally, ecological transition requires structural changes, in modes of production, transportation, taxation and so on. It is important to relocate production and industry, which can also help create jobs and breathe life into regions that have long been abandoned; to develop short supply chains; to redirect CAP aid from farms and factories to organic farming; to put a stop to transatlantic treaties; to reduce unnecessary travel, especially by plane; and to value quality. Ecology can open the door to hope.

It is essential that individuals play an active role in ecological transition. Coercive discourse does not result in lasting change. This does not mean that economic and legal regulations have no place, but that we must motivate people to want to be involved. Without this independence of thought, i.e. without personal freedom and responsibility, nobody will follow environmental standards. Ecology is a personal project of individual and social emancipation. It is as much about decolonizing our imagination as it is about refocusing the economy. It presents a two-fold challenge, both philosophical and political. 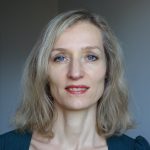 Professor in Practical Philosophy at the University of Gustave Eiffel