Susan Ngima was milking her cows one March morning last year when she heard her son and neighbors yelling outside. She ran out to see what the fuss was about, but the damage had already been done. They watched as a swarm of locusts gnawed through their crops at lightning speed.

“There were so many!” says the 42-year-old mother of three. “They destroyed about 20 bags of my maize, and I was not happy because that’s my cash crop.”

Ngima has been farming for half of her life, yet it was the first time she saw anything like this. It was the worst plague to hit Kenya in more than 70 years. Tending to her four-hectare farm of maize, sorghum and millet in Laikipia County, central Kenya, Ngima fears a repeat of what happened last year.

Locusts are again amassing in neighboring Somalia, Ethiopia and Djibouti, and this summer’s rainfall is higher than normal in some areas, creating conditions for the bursts of vegetation that can trigger invasions like those that ravaged the Horn of Africa in 2020.

With more observers on the ground however, and better coordination with aerial control teams, the United Nations’ Food and Agricultural Organization hopes to prevent the latest migrations from becoming a full-scale siege.

The Desert Locust is one of the most destructive migratory insects in the world. Forming large clouds of some 80 million locusts per square kilometer last year, they swept across northern and central Kenya, Ethiopia, and Somalia. Consuming their own weight per day, they can devastate farms, food supplies and entire communities.

“Imagine you have one Land Rover and you have to find all the locusts in France”, says Keith Cressman, FAO’s Senior Locust Forecasting Officer. “These are massive, remote areas, and locusts are present anywhere in the deserts between Mauritania and India.”

Finding them before they form large swarms can be like looking for a needle in a moving haystack.

“The challenge is to detect infestations quickly enough and get that information to control teams rapidly so they can undertake spraying treatments before it’s too late”, says Cressman. “This is why there’s a focus on forming partnerships and using satellite technology to help find locusts.”

Joining forces to ward off a fresh infestation

When the invasions began two years ago, observers and data were scarce. “Not one report was sent to the FAO in 2019 when Kenya was first invaded”, says Cressman.

FAO developed the eLocust3 suite of digital tools, allowing officials in locust-affected countries to record and send data or geo-referenced photos via Wi-Fi, 3G or satellite from the field. The open-source software and its data form the basis of a global Desert Locust monitoring and early warning system run from FAO headquarters in Rome.

The “eLocust3 is an incredible tool for providing data”, says Batian Craig of conservation group 51 Degrees. “You had the tools: spray aircraft and professional pilots; you had the information, but nothing was joining the dots.”

Managing protected areas across Sub-Saharan Africa, Craig saw an opportunity. The EarthRanger software that his group had developed with Vulcan (now Paul G. Allen Foundation) to manage and protect endangered animals, could be deployed to track locusts.

“We had a large network across northern Kenya, and we were working in those communities on a daily basis.” Their system of real-time alerts would in turn help in the coordination and dispatch of aircraft to spray swarms with increasing speed.

By early 2020, FAO was receiving up to 1,000 reports per day, a figure that has since more than doubled as governments, localities, NGOs, and international organizations join ranks.

Far from the world of apps and international organizations, tracking insects also requires boots on the ground.

Albert Lemasulani, a 40-year-old social worker and pastoralist, had to relocate after locusts devoured the pasture on which his goats, sheep, cattle, and camels had grazed.  So he trained to become a locust tracker with FAO. Heading out on his motorbike in Northern Kenya, Lemasulani gets tips from residents and village chiefs to narrow his search. “When the locusts come, we follow them throughout the day, sending the coordinates to the spraying team”, he says. “We were trained in what to look for.”

The ideal is to find the insects while they are still “hoppers” before they’re able to fly, so they can be sprayed by ground teams. But the territory is vast. Above, just over two dozen aircraft must carry out surveillance and spraying missions for the entire Horn of Africa.

“Without the control operations we would have had a crisis of a huge magnitude”, says Lemasulani. “They were destroying crops and pasture – we saved the livelihoods of lots of farmers and livestock keepers.”

According to the FAO, locust control operationsin East Africa have prevented the loss of 4 million tons of cereal and 800 million liters of milk production, while protecting the farms – and food security – of tens of millions of people.

The underlying causes of such locust upsurges however, have not changed.

A decade ago, cyclones coming off the Indian Ocean hit perhaps once a year. In the past few years, the region has been struck by between 8 and 12 per year. The sudden surge of wet weather creates rich deposits of vegetation, which attract locust hordes.

“You get clouds of insects that could last several years”, says David Hughes, Professor at Penn State University and specialist in food security and entomology. “Climate change will provide more fuel for locust swarms.”

While dramatic locust invasions have dominated the headlines, farmers’ fields can fall prey to a wide range of pests and diseases. Hughes founded the organization PlantVillage to help farmers cope. One application, “PlantVillage Nuru” can diagnose a crop, plant or tree, and spot signs of disease or predation, based on just a few frames of video in a smartphone. The app sends warnings to farmers that a pest is in the area or on its way for example, or advises them to plant a new crop next season. Crucially, it works offline – useful in these vast expanses of off-grid farms, deserts, and plateaus.

Sophisticated weather models are helping to better predict the timing and direction of swarm migrations. FAO is working with NASA, the European Space Agency and the European Commission’s Joint Research Centre to refine satellite technology that detects soil moisture up to 15 cm beneath the earth’s surface where female locusts lay their eggs, and where vegetation can provide food and shelter for locusts. This satellite data could then be transmitted in real time to control teams.

Affected countries have sprung into action as well. Researchers in Kenya have run computer models to predict breeding areas that may have been missed by ground monitoring, to locate hoppers before they take wing.

Some of the swarms that reached Kenya’s borders in 2019 and 2020 had swollen to the size of major cities. But by the time Kenya was invaded again last December, FAO partners and control teams managed to reduce swarms by close to 90% before they reached Kenya’s interior.

“Technology has allowed that to happen”, says Batian Craig. “But if there’s one place to give credit, it’s the coordinated approach that the FAO has orchestrated. As a result, there was a huge reduction of the damage done.” 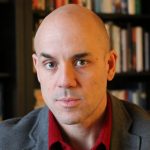 Digital platforms are not only sources of knowledge, they can also help construct sustainable development trajectories through learning, in keeping with the terms of the Paris Agreement.
Opinion