In 2010, France adopted a nutrition strategy. It thus highlighted the need for a multisectoral approach to this issue. However, this guideline has been poorly implemented: France’s aid for nutrition is mainly confined to food aid programs (79% of the total volume of ODA earmarked for nutrition)[1] ! It therefore neglects a wide range of interventions, which could nonetheless make a significant contribution to eradicating undernutrition.

Why is it so difficult to implement this guideline? Because there is a fear of multisectorality. In its report “Improving Nutrition Through Multisectoral Approaches”, the World Bank referred to the fear expressed by officers in charge of food security of seeing “Christmas tree” projects spring up when they received the directive to mainstream nutrition-sensitive agricultural activities. What is a “Christmas tree”? In the jargon, a “Christmas tree” refers to a project that brings together various activities, but which have no real coherence between them.

The key question is thus raised: How to effectively achieve the multisectoral approach to nutrition advocated by France? How to implement it in a context where financial allocations are made by sector, where programs are generally devised in the same division or department, and where the evaluation of outcomes is also conducted sector by sector?

Depending on the context, a whole host of effective forms and levels of collaboration can therefore be implemented… provided that nutrition is identified as an objective.

Let’s put on nutrition glasses to stop over 3 million children continuing to die in 2015! 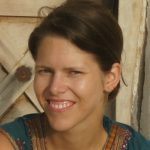