Worldwide, the number of people subject to flood risks will triple by the end of the century. By 2025, over a third of the world’s population will be exposed to problems of water shortages and certain African countries may consequently face a 50% reduction in their agricultural production. Climate change therefore poses a serious threat to the countries concerned.

The consequences will be even more dramatic in countries where water resources are already low. For example, Morocco, which with less than 750 m³ of available water per capita and per year (against almost 3,000 m³ in France) has resources among the lowest in the world. The country is already in a situation of water scarcity, which limits its development. At the same time as a sharp increase in needs due to population growth and economic development, water resources are constantly decreasing and their quality is deteriorating.

It is also important to remember that the consequences of climate change are already a reality in a number of countries. In Gabon, the capital Libreville is already exposed to intense rainfall (3,000 mm a year). Over the past 5 years, 20% of people living in neighborhoods affected by floods have been victims of injuries or drowning.

Adaptation actions are predominantly actions related to the water sector. There are technical solutions and they can and are already being implemented. In Morocco, the National Power and Drinking Water Office (ONEE) has launched an extensive national sanitation program in order to preserve water resources. At the same time, the Moroccan authorities are implementing actions to guarantee an optimal use of water resources, for example, by reducing losses on water networks or developing water-saving irrigation techniques. Flood risk prevention and management actions are being implemented in Libreville (Gabon) and Brazzaville (Congo). It involves improving knowledge of water resources, introducing warning systems and creating infrastructure for stormwater drainage.

For drinking water supply and flood management alone, the cost of adaptation actions is estimated at over USD 11bn a year for the next forty years, i.e. the equivalent of the annual amount of world ODA earmarked for the water sector in recent years, without taking into account the climate change issue. This cost is therefore considerable. Furthermore, it concerns 85% of developing countries, first and foremost in Sub-Saharan Africa. The issue of financing adaptation actions is therefore a major challenge. Even if adaptation actions are already being financed in the context of traditional projects in the sector via financing from ODA, local authorities and users, it will not be possible to meet all needs at constant financing. It is therefore essential to mobilize additional sources of financing.

Among the 17 Sustainable Development Goals (SDGs), which will be adopted next September, one goal is dedicated to the water and sanitation sector. It aims to build on the progress achieved in the framework of the MDGs via a goal for universal access to water and sanitation, while taking into account the broader issues of the sector, and in particular in the face of climate change (protection of water resources, improvement in the efficiency of uses, implementation of concerted management mechanisms). The proposed goal is ambitious, while remaining achievable. However, what is at stake over the coming months concerns the definition of the monitoring indicators for this goal. It is essential for the indicators that are defined to be specific, simple, measurable and appropriated by all countries in order to drive the sector forward. They will then be able to be used as a reference by developing countries for the definition of their sectoral policies, as was previously the case with the MDGs, and as financing criteria for donors.

The Paris conference (COP21) that will be held a few weeks later should lead to commitments in terms of reducing greenhouse gas emissions and consequently avoid the worst impacts on water resources. But this conference must also tackle the already visible consequences of climate change in developing countries. The latter, which will not be at the center of the negotiation as they are low GHG emitters, suffer and will suffer the main consequences. Let us hope that COP21 will result in considerable funds being put in place to finance adaptation actions in connection with water resources in developing countries. For the moment, these amounts and the methods to mobilize these resources still largely need to be defined. 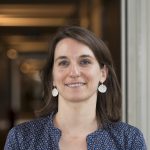