China’s growing presence in Africa is triggering debates on at least two issues: the first is China’s (positive or negative) role in African development; the second concerns relationships between Chinese and Western companies (bitter rivalry or cooperation) and their geopolitical implications.

The Rônier petroleum project promoted by the China National Petroleum Company (CNPC) is a case in point. This project involves both China’s leading – and publicly owned – oil company – and a State, Chad, one of the Least Advanced Countries, whose turbulent history – political and oil-related – has oscillated between the “natural resource curse” and attempts to escape it.  In this concrete example, where ideological stances can be set aside, we have a cocktail involving oil, China and Africa, which we have chosen, for practical reasons, to discuss from the angle of environmental regulations, as this is a topic that raises less pronounced sensitivities than governance, while hoping that broader lessons can be drawn along the way.

The first lesson is that the environmental impacts of the Rônier project have not been out of the ordinary.  This is partly due to the project’s characteristics and the modest scale of the first phase (2009-2011), which developed 80 oil wells linked by a 311 km pipeline to a small refinery near the capital, N’Djamena. The areas affected, which are sparsely populated Sudan-Sahel savannah zones, are not particularly vulnerable apart from the point where the pipeline crosses the Chari, the main river flowing into lake Chad.

The CNPC’s environmental regulation provisions and practices also account in part for the project’s auspicious beginnings. These reflect some ten years of rapid learning on environmental management in China itself, in response to disasters arising from runaway growth, as well as some limitations: a dense fabric of different regulations (national, provincial, sectoral and business-related); the hybridisation of baseline references originating in both international and Chinese loan practices; genuine progress despite persistent implementation difficulties. The relative speed of completion of the two environmental impact assessments (EIA) for the Rônier project is enlightening.

The EIA for the refinery, financed through the offices of Eximbank, which has demanded such assessments since 2007, was completed more quickly than the EIA for the oilfields and pipeline, which was delivered after the work was completed and thus effectively exploited a number of legal loopholes in Chad (decrees applying the EIA law not voted on) and in China (EIA law not applicable abroad).  The CNPC is notable for its low-profile communication and information, which tends to prompt suspicion.

Finally, the influence of the host country’s environmental management spheres should not be under-estimated. The Doba oil project brought into commission in 2003 by a consortium led by Exxon, with World Bank support, brought many forms of progress and learning in Chad, despite the problems encountered: stronger legislation on the environment and oil; training for human resources; strengthened capacities in civil society.  The circulation of experience gained by a few executives moving from government structures backed by the World Bank to the private sector, or from Exxon to the CNPC, has also had some effect: it is no coincidence that the provisions implemented by the CNPC for compensating and resettling populations are virtually identical to those applied by Exxon, and thus comply with recognised international standards.
Environmental standards and Sino-Western “coopetition”

These pragmatic patterns of convergence could well prove useful to address other issues in future.  The second phase of the CNPC strategy in Chad is more conventionally aimed at exporting the oil produced over and above refinery production (maximum 20 000 barrels/day) from the new wells (production expected to rise rapidly to 60 000 barrels/day). The simplest solution would be to use the pipeline, which the Doba consortium has only used to 50% capacity (225 000 barrels/day) for some years. Exxon and the CNPC apparently concluded an agreement on this in early 2012.

However, the terms of the loan agreement signed in 2001 with the World Bank make use of the Doba-Kribi pipeline conditional upon compliance with the environmental standards of the World Bank Group.  To link the new oilfields to the pipeline, the CNPC will need to align its standards with those of Exxon. The question that arises is how the two players (Chinese and American) will interpret this obligation on standards. Will the CNPC take it as an opportunity to improve its practice and reputation as regards environmental management? Or will it merely observe the minimum requirements for convergence, thereby indicating that economic motives are the priority (profitability of the infrastructure for Exxon, need to generate exports for CNPC)? The pipeline link-up will be instructive as to the relationships between the two companies as well as revealing the importance of environmental issues in their respective strategies.

How is Chinese investment contributing to national development?

This question relates to the first issue under debate: is the growing influence of China in Africa, driven by its need for raw materials and based on political relationships with African regimes, worsening the symptoms of the “natural resource curse” (corruption, authoritarianism, conflict)? Here again, the picture that emerges from the Chinese project in Chad is mitigated.

The CNPC’s establishment in Chad coincided, in 2007, with some easing of the Chad-Sudan conflict, closely linked to the situation in Darfur:  China clearly helped to ease the tensions between its two allies.

The originality of first phase of the Rônier project was, especially, to allow the country to benefit from oil resources, through the Djermaya refinery, which supplies petroleum products to the domestic market and some power to the electricity grid. The first few months were difficult nonetheless: the start of the refinery’s operations in late 2011 saw a showdown between the government of Chad, which was looking to establish a “social” price for oil, and its Chinese partners looking to economic returns on their investments.  A balance still needs to be found.

The second phase is more conventional: The CNPC’s exports will contribute to national oil revenues, but whether the mechanisms inaugurated – with difficulty – for the Doba project concerning transparency and pre-allocation of revenues to priority socio-economic sectors will apply is not yet known.

Although it is still too early to be sure, we do not see that the CNPC’s investments in a country such as Chad are fundamentally different in nature and effects to those of Western companies. By broadening the range of partners, China is broadening the political arena for African countries. Increased oil revenues, whatever the origin of the company supplying them, make it possible to implement public policies in a State where such policies were ruled out by several decades of structural adjustment. Interactions between Chinese companies and their host agencies tend to be governed by pragmatism, but the signals to which they are most sensitive deserve to be better understood.

This article follows the conference “A Chinese oil company and the environmental challenge in Chad”, organized in June, 13th and held in AFD’s headquarters in Paris. This conference was part of the “Ideas for Development” cycle of conferences. 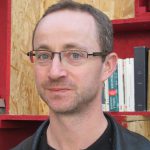