2,000 people took part in the assessment of the MDGs. Who were they?

Academics, decision-makers, practitioners and UN staff were involved in 8 international seminars on 4 continents to consider joint proposals for post-2015.

This assessment allowed you to hear the concerns of people living in poverty. One of the goals of the MDGs and SDGs is to improve the well-being of these people. Do these goals adopted by the international community truly reflect their concerns?

The MDGs covered a number of areas, but were deeply flawed. The goal of halving the number of people living on less than USD 1.25 a day between 1990 and 2015 had serious negative effects. Residents of poverty-stricken areas said to us: “Only half? It will not concern people like us. No one here will be part of it”. This goal prompted public and private actors to give priority to those who are the easiest to reach and exclude the others, the poorest, which reflects the increase in inequalities all over the world.

There has been a radical change with the rationale for the SDGs, as they call for “no one to be left behind” in development, as required by an approach based on human rights for all. This new rationale calls for radical changes in policies and practices. Everywhere, people living in poverty are asking to be considered as development actors. They are asking for their participation to be facilitated in order to implement human rights for all. These three dimensions were not included in the MDGs, which reflected a technocratic approach. They are more present in the SDGs, which are the result of two years of intergovernmental negotiations where NGOs, of which the most disadvantaged are members, have had more influence.

“By failing to take into account the history and experience of people and families living in extreme poverty, the top-down programs to fight against poverty often turn into actions against the most disadvantaged populations”. Can you give an example of this statement?

An Elder from Burkina Faso, marked by a life of extreme deprivation, said to us: “People have ideas, even if they are living in extreme poverty”. If no one recognizes their ideas, they fall even deeper into poverty”. We should ponder this comment, which is as simple as it is powerful. It is illustrated by a number of examples in our MDG assessment report. In Mauritius or Vietnam, slum rehousing programs designed without consultation with residents prove to be unsuited to their expectations, both by the overcrowded housing and their distance from essential community facilities and employment. In East Africa, the refurbishment of a fish market financed by Official Development Assistance has led to the exclusion of young people without identity papers who previously had informal jobs: they find themselves without a livelihood and pursued by the police.

All too often, the most marginal groups are considered as collateral damage of development programs that are designed for people on average incomes, not for them. French participants have complained about the discrimination that the poorest people suffer from in our country: “When people are disrespectful toward us by referring to us using words like ‘social case’, ‘bad mother’, ‘incapable’, ‘good-for-nothing’, it shows there is a judgment, ignorance, and we feel the violence of being discriminated against… of not being treated like other human beings.”

Is the assessment of the MDGs more positive or negative?

The MDGs gave rise to greater international mobilization for the fight against poverty, which is extremely positive. Development agencies invested money to facilitate the achievement of the MDGs, NGOs formed large coalitions together and conducted intensive advocacy to make governments keep their promises. Official Development Assistance, which was declining, started to rise again, yet it did not reach the amounts pledged by governments.

Their impact on disadvantaged populations is more difficult to assess for two reasons. Firstly, it is necessary to make a distinction between what stems from the MDGs and what stems from other factors. We know that economic growth in China, which has allowed hundreds of millions of Chinese people to escape poverty, has nothing to do with the MDGs. Furthermore, the measurement instruments are often unsuitable or non-existent. For example, the measurement of extreme poverty in the world most often used, the famous USD 1 per day and per person, which became USD 1.90 per day in 2015, is an arbitrary threshold decided by three World Bank economists in Washington in 1990. We have not heard people living in extreme poverty define their situation in this way anywhere in the world. This threshold has been established due to its simplicity and the Bank’s powerful communication, but both its relevance and its measurement, which is hypersensitive to changes in purchasing power parities, are highly questionable. Who decides what extreme poverty is and how to measure it? This fundamental question is rarely asked.

When the poorest people tell us about their suffering, they mention deprivation, but also the discrimination and contempt they are subject to, the violence and shame of their exclusion, which are all notions that none of the current indicators take into account. There is a pressing need to develop new indicators considered with these populations, not with them alone, but also with them. In 2011, Ban Ki Moon stated that the poorest people had been left behind in the implementation of the MDGs. But they were first left behind in the design of the MDGs, which were not considered with them.

For some, involving people living in poverty appears to be difficult, time-consuming and costly. What can we reply to this argument? In practical terms, how can the participation of these people be facilitated during the preparation and implementation phases of development projects?

There are forms of “wilful blindness” over the exclusion of the poorest people in the projects financed by development agencies, classified as such and analyzed by Jean-Michel Séverino, former Chief Executive Officer of AFD. Refusing to see this exclusion makes it possible to avoid the difficulties highlighted here, while exacerbating the inequalities and marginalization of the poorest people.

However, encouraging and facilitating the voluntary participation of people living in poverty should not be regarded as an optional choice in development projects, as it is an obligation under French law. Article 1 of the Law on the Orientation and Programming of Development and International Solidarity (LOP-DSI) of July 2014 states that France’s development policy “contributes to fighting against discrimination” and that it “ensures that people living in poverty can be able to exercise their rights and actively participate in development programs and projects”. But in January 2014, the Minister of State for Development stated that: “It is not in the culture of the State to involve the most disadvantaged people in the preparation of development assistance policies. We need to work on this.”

New participation, empowerment and transparency mechanisms need to be created at local, national and international level. For example, in all development projects, in their approach, directors should be encouraged to identify then involve people who are experienced in relations with marginalized populations (representatives of residents, representatives from associations, professionals, etc.) in order to convey the expectations of the latter to leaders and donors and implement participation in the field.

This participation is impossible if the efforts made by project managers to get the poorest populations involved are not encouraged and supported by the management of development agencies, and if the management is not itself encouraged and supported by the line ministries. It requires calling into question the standard performance criteria, which are often those of a bank: substantial and rapid disbursements, rapid results and visibility. “Leaving no one behind” in development, as called for by the SDGs, involves profound changes in the rationale for the way in which development agencies operate.

What are the main lessons that ATD Fourth World has learned from this assessment in order to enhance the effectiveness of its action?

We have proved to ourselves that we are able to conduct a coordinated program in 12 countries in the North and South, leaving our teams in the field great freedom of initiative, mobilizing a number of institutional partners in a direct dialogue with people living in poverty, and leading to strong advocacy at national and international level. This process has strengthened the capacities of all our members and the confidence that we can do better.

This report was released in August 2014. Did it inspire the negotiations on the SDGs?

In the early 2010s, we were faced with the discourses of a number of public and private actors for whom the new priority of the SDGs should be the fight against inequalities, and no longer the fight against extreme poverty. We replied that it was necessary to combine the two, but our experience shows that sometimes only the voice of the poorest people themselves can convince our counterparts to push back the boundaries.

In June 2013, we organized a seminar at the United Nations Headquarters in New York, during which a delegation of 50 members of ATD Fourth World, including people living in extreme poverty from several continents, presented our observations and proposals, set out in a 40-page document translated into 3 languages. A number of prominent figures attended, including Amina J. Mohammed, the Secretary-General’s Special Adviser on Post-2015 Development Planning. A delegate from Bolivia, Juan Carlos Baltazar, declared in his address at the UN platform: “I have been working since the age of six… I sometimes had to sleep rough… I don’t want to be poor any more. I don’t want to be called poor any more… Brothers from all over the world, let’s continue to work by fighting hard so that our children do not have to endure the wretched life that we have had for so long.” This statement, which was made with great emotion, prompted a standing ovation by everyone in the room, including ambassadors from four continents sitting on the platform. This event was widely covered by the social networks and marked a turning point in our advocacy for the SDGs.

It strengthened the tenacious efforts of our permanent representatives in New York, Geneva and elsewhere to ensure that the SDGs assert the ambition to “leave no one behind”, which was confirmed in the second paragraph of the preamble of the declaration adopted by the UN General Assembly and in 4 other paragraphs. Among their priorities, they set out the fight against extreme poverty (SDG 1) and inequalities (SDG 2) and include several of our proposals: for example, disaggregated data by income, gender, location, etc., to measure progress and ensure that no one is left behind (paragraph 48) and the commitment that “we will endeavor to reach the furthest behind first” (paragraph 4). 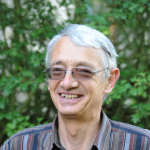