Director of Research at the French National Research Institute for Agriculture, Food and Environment (INRAE)

Facebook Twitter Link
Copied to clipboard
Cattle walks in a burnt area of the Amazon rain forest in a spot at the 450 km of the BR163 Cuiaba/ Santarem road, on November 28, 2009 northern Brazil. (Photo by ANTONIO SCORZA / AFP)

As director of research at the French National Research Institute for Agriculture, Food and Environment (INRAE), specializing in the ecology of infectious and zoonotic diseases, Gwenaël Vourc’h works on diseases transmitted by ticks (which mainly live in forests), focusing specifically on Lyme disease. Jean-François Guégan, an exceptional-grade research director at the French Research Institute for Sustainable Development (IRD), hosted by the INRAE, has specialized in the connection between the environment, human health and animal health for the past thirty years. This is a joint interview with the two researchers on the comprehensive and integrative approach to human infectiology, taking into account the various environmental factors, deforestation in particular.

Over the course of your respective research, have you observed any links between deforestation and the appearance of pathogens?

Jean-François Guégan: There are few studies, but these links have been established for Buruli Ulcer and leishmaniasis in Guyana as well as malaria in Brazil. In the case of the Buruli Ulcer, a mycobacterium is the origin of this chronic infection. Like tuberculosis and leprosy, it thrives in stagnant water and dark conditions with little sunlight.

In Guyana, we conducted long-term monitoring of certain wetland areas to look into the environmental disruptions that have occurred in the last five to ten years.  Has there been deforestation? Backwaters? Has agriculture expanded? Has this led to the building of a village? We observed a concentration of Buruli Ulcer cases in places where agriculture was expanded after deforestation efforts in the Guyana forest. In the Ivory Coast, the cases are increasing in places where rice agriculture has replaced old-growth forests.

We assume that the mycobacterium that causes Buruli Ulcer can be connected to the plant rhizosphere, such as a microbe coming from the soil. As deforestation progresses, the root system starts to die, leading to a surge in mycobacteria that could take refuge in certain shallow-water ecosystems, like rice fields. The growers, farmers and livestock farmers can then become exposed to these microbial germs.

Are there other examples that should be mentioned?

Gwenaël Vourc’h: Yes, there are other examples, such as the emergence of the Nipah virus at the end of the 1990s in Malaysia. Palm oil fields, associated with pig farming, replaced a lot of forested areas in the country. In coping with a reduction to their natural habitat, bats sought out food in the fruit trees and transmitted the Nipah virus to pigs, which then transmitted it to humans.

In Australia, the Hendra virus was outlined for the first time in 1994 with a transmission cycle that went from bats to horses then to humans. One of the explanations is that deforestation changed the virus circulation dynamics in bat populations, making changes to their immunity and enabling the transmission of the virus to a different species.

What biological mechanisms bring about the emergence of zoonoses from deforestation?

J.-F. G.: Today, both globally and regionally, agricultural development causes the destruction of natural habitats for a very large number of species. The populations of these species then become concentrated on reduced areas and interact much more than when they had their own separate ecological niches. The natural barriers that once reduced contact between species have become blurred. This massive interspecies mixing makes it possible to transfer a microbe from one species to another, from a wild animal to a farm animal or domestic animal for example, or even to humans.

Also, we know that very diverse ecosystems, such as equatorial forests, can be home to species that are dead-end hosts for a certain amount of microbial germs. These species are not going to reproduce the virus or bacterium, or not a large scale anyways, thus acting as natural barriers. But, these dead-end host species are the first to disappear. They make room for species that, conversely, tend to be excellent transmitters of microbial germs (rodents for example).

G. V.: The circulation of pathogens changes in degraded areas. Increased circulation was connected to, among other things, an increase in populations of reservoir species due to the loss of their natural predators or competitors or from their ability to better adapt to this type of environment. In the United States, it has been observed that the more a forest area is fragmented, the more white-footed mice – a reservoir species for Lyme disease – thrive, and the more infected ticks there are. In fact, a depleted environment will enable the transmission of diseases from animals to humans and increase the circulation level of certain diseases.

Conversely, the more diverse an environment is, the more the circulation of a pathogen can be “diluted” (this is in reference to the “dilution effect”). In the example of Lyme disease in the United States, a tick carrying the bacterium will have a greater chance of encountering a different species than the white-footed mouse, one less capable of being a reservoir, which will lower the disease’s circulation level.

On a large scale, disruption to biodiversity is clearly correlated with a large number of epidemics. But apart from the circulation of pathogens, we need to take into account human exposure and their vulnerability.

J.-F. G.: In fact, less biodiversity tends to accelerate transmission in general… but not always. The dilution effect has taken on a lot of importance in scientific literature, but the opposite also exists. Like in Guyana where we have seen dilution effects and amplification effects occur simultaneously for the same infectious agent. In mainland France, the expanding populations of large ruminants, deer, roe deer and wild boar in agricultural areas result in a larger amount of livestock being exposed to the germs transported by these animals. It’s one of the explanations for the surge in Lyme disease and tick populations in France.

Nature-based solutions, which we are talking a lot about right now, need to be applied carefully. There is a certain amount of hype for restoring ecosystems as a barrier against epidemics, but we need to demonstrate some restraint. For the time being, we need more interdisciplinary research so we can better understand these very complex relationships that often have two-sided effects.

Can we prevent future epidemics?

J.-F. G.: There will be other epidemics, ones certainly more virulent than the Covid-19 epidemic. For fifteen years now we have produced risk maps that include various factors such as hazards, exposure and population vulnerability. This infectious risk geography shows that Western and Central Africa, Northeast India, Bangladesh, Myanmar, Thailand and Vietnam are areas at risk of emerging new infections. All of Mesoamerica – from Mexico to Guatemala and Costa Rica and down to Columbia – is also extremely sensitive. We should expand our oversight of the appearance of new microbes in the animal as well as human populations of those countries as part of enhanced monitoring efforts.

If we do not want to continue to put out fires, we need to start over from the beginning. It’s not the virus that is responsible for the pandemic, but us, through our activities. Whether it’s through virus manipulation in laboratories, wild species hunting and trapping, expanding agriculture, etc., we are factors in the co-creation of current and future emerging bacteria and viruses. As emphasized by Charles Nicolle, professor of microbiology in the 1920s and winner of the Nobel Prize for medicine, a microbe does not become a pathogen on its own, but through a series of circumstances that it is exposed to. This requires us to take into consideration issues concerning political and economic factors, supportable research, strategic approaches and the sustainable development of our societies.

Research needs time and resources to understand these complex phenomena. For example, we now know that Ebola virus epidemics in human populations occur three to four years after deforestation. We need more time, resources and greater reflection to understand this. But public decision-makers want simple answers provided as quickly as possible!

G. V.: Disrupting ecosystems presents risks to our health, but not just in terms of infectious diseases. Environmental pollution is also harmful. Studies have shown that losing contact with the natural world affects our mental health.

The link with our health may be a good reason to preserve biodiversity, but it is not the only one. We can try to measure the “contribution” of one species to human health, but we will never fully grasp every aspect of this biodiversity. Ethically, I wonder what rationales we need to preserve our wealth of complexity found in living organisms.

That said, in the efforts made to preserve biodiversity and natural areas, we need to think about how to do it without being exposed even further to pathogens, but also without excluding the human populations in large areas of the world. We are part of this biodiversity. Can we establish a relationship to it that is neither destructive nor exclusive? We need to explore the full range of options with more long-term, comparative studies. 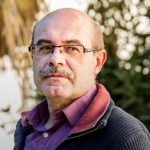 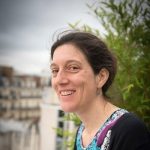 Director of Research at the French National Research Institute for Agriculture, Food and Environment (INRAE)

This month’s press review highlights striking news from the beginning of June 2021.
Opinion