The special report of the Intergovernmental Panel on Climate Change (IPCC) released a few weeks ago was eagerly awaited. Why?

This report focuses on the climate objective of a maximum 1.5°C increase compared to the average temperatures of the pre-industrial era. This “1.5°C objective” was set out in the Paris Agreement – which was a prerequisite for certain countries extremely vulnerable to climate change, such as the small islands. However, in 2015, the scientific literature on a 1.5°C increase was extremely limited. It is for this reason that during COP21, this special report, entitled “Global Warming of 1.5°C”, was commissioned from IPCC. The scientific community subsequently started to mobilize to produce the largest possible number of analyses.

The IPPC report released on 8 October assesses the available knowledge, which has rapidly developed but is way off closing the debate on the 1.5°C objective. It clarifies what types of social, institutional, economic and technological changes need to take place for us to move towards a 1.5°C objective.

The issue of impacts is central in this report: “What impacts are avoided when we make the effort to limit the temperature increase not to 2°C but to 1.5°C?”, but also “What impacts remain at 1.5°C?”. At 1.5°C, everyone is not protected: entire countries are submerged, ecosystems are very severely affected.

Secondly, another fundamental issue concerns the synergies between the ambitious objective of reducing greenhouse gas emissions, the Sustainable Development Goals (SDGs) and reducing poverty and inequalities. This concerns all countries, as the people affected by climate change are the most vulnerable populations, including in our industrialized countries. Political actors want to be able to measure the positive or negative impacts that the climate policy decisions they take to move towards the transition have on poverty, health and inequalities.

How to reconcile the legitimate needs of developing countries with the control of global warming?

Nothing in the IPCC report says that this is incompatible. Nothing says that development has to be sacrificed to arrive at a 1.5°C increase. Everything will depend on the set of measures we implement to reduce emissions. There are synergies or risks of contradictory effects. The objective of the IPCC report is to spell them out.

The consistency between the emission reduction objectives and development objectives very much depends on the effective implementation of the measures. For example, for the electricity sector, establishing a carbon price signal will be relatively effective in giving a comparative advantage to the development of renewable energy sources.

Conversely, in other sectors, such as transport, this price signal is not the right instrument at all. The use of public transport and low-carbon vehicles depends on a number of conditions (creation of appropriate infrastructure, spatial organization…) which go well beyond price signals. Consequently, if we only rely on a carbon price to reduce emissions, this will have positive impacts in certain sectors, but negative impacts in others. We need a combination of measures, an in-depth understanding of them, as well as a dynamic vision to bring about a systemic change, which is necessary… but which will not happen by itself.

Climate: According to Jean Jouzel, it’s not too late!

When we talk of climate justice, what is it about?

There is no climate justice if we do not make an ambitious climate policy. The more we let the climate go adrift, the more the world will be unjust. The impacts of climate change will affect the people who are the least able to adapt to it and this depends on access to resources. Up until the Paris Agreement, the debate on climate justice mainly focused on the issue of the distribution of efforts between countries – who has the right to emit what? This approach has shown its limitations, as defining what is a fair allocation of efforts is relatively subjective. Not surprisingly, we have never managed to reach agreement!

[display_quote quote=”There is no climate justice if we do not make an ambitious climate policy. The more we let the climate go adrift, the more the world will be unjust.”][/display_quote]

There is a paradigm shift with the 1.5°C objective. To achieve it, we need to completely stop sending greenhouse gases into the atmosphere, meaning that all countries need to make extremely ambitious transitions. Basically, by the second half of this century, everyone must move towards an extremely low level of emissions, which may be offset by natural sinks (the sequestration of emissions). With the 1.5°C objective, no country is dispensed from making efforts. The question of justice is consequently posed differently. Carbon neutrality requires establishing mechanisms for international cooperation, transfers, exchanges and collaboration between countries. Each State must therefore ask itself the question: How to make these efforts compatible with my development objectives? From competition between States, where everyone tries to reduce the effort to produce, the keyword becomes cooperation, as a number of conditions depend on the international situation and trade.

In very practical terms, this means, for example, redirecting financial flows, redirecting billions of dollars of carbon energies towards renewables or energy efficiency. This does not depend on a single country, but means a thorough reorganization of the international financial system.

Can we achieve this 1.5°C objective?

The issue of feasibility is central to the IPCC report. The report is not there to answer yes or no, but to assess the conditions in which the 1.5°C objective could be reached and thereby feed into the political process. The transformation we are talking about is systemic. This obviously poses huge challenges. But we also need to see that there have been major changes, which have also been quite rapid in history.

If we take basic examples: 20 years ago, there was no Internet or telephones. We are admittedly talking about an ambitious change, but there is no reason why we are incapable of this. Extremely rapid changes are already happening in the energy system. 10 or 15 years ago, solar energy was still considered as something completely marginal. Today, it is an economically competitive energy. In many situations, it has become cheaper to produce electricity with solar energy than coal, thanks to extremely rapid technological progress. There are already major transformations underway. Can we speed them up? Can we systemize them? This requires cooperation and being able to discuss where we want to go together.

You are one of the authors of a statement signed by 700 scientists which urges governments to take action. Why is there such inertia at the level of policies and decision-making?

The climate problem has existed for just over 30 years, but if we are completely honest, we have only been aware of the scale of the problem for about ten years and the swift action we need is very intensive. There have been a lot of developments recently. The Paris Agreement, with all its imperfections, shows that there is a real awareness of the seriousness of the subject.

To bring about the required changes, we need to be able to look towards the long term. This is the main challenge for governments. The policy is largely led by short-term adjustments and reactions to economic stimulus packages. Yet we need to be able to build transformations rooted in a 20, 30 or 40-year vision. Politicians know very well that they will no longer be there by then. Furthermore, no one has been led to build policies on the basis of very long-term objectives. This requires rethinking the way in which we design policies and this takes time. The problem is that we do not have any time. We need to speed up our capacity to address the long term. 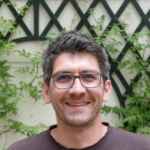