Loopholes in the international tax system make it very easy for companies to massively dodge taxes. Illicit financial flows deprive developing countries of USD 1,000bn a year.[1] This is almost ten times the amount of the Official Development Assistance they receive. It is a major and essential issue, and so is the international mobilization for the creation of an international tax body to address it.

In an increasingly difficult economic context, mobilizing tax revenues has become a major issue for all countries to fund essential services that are accessible to all.

But the current corporate tax system is outdated. The rules we live with today are from a by-gone era and remain essentially unchanged since the 1920s:  from a time when world trade was less than 1% of what it is today, a time when trade was simply happening between two different entities, a time when the digital economy didn’t exist and it was much more difficult to manipulate companies’ activities to take advantage of different tax regimes to pay less tax. Since then, multinational companies have largely developed to the extent that over half of trade occurs within a single group, between several subsidiaries of a same company.[2] There are a whole host of schemes to transfer profits from one country to another between subsidiaries, and thereby reduce the tax bill by taking advantage of the most favorable tax rules. Today’s multinationals can exploit yesterday’s tax system to shift profits and dodge tax. Big companies are running rings around the current tax system: who has not heard about suspicious tax dodging practices from McDonald’s,[3] Amazon,[4] and Starbucks[5] – to mention but a few? And our government leaders are letting them get away with it.

Consequently, the first objective of an international tax body is to involve all countries, on an equal footing, in writing international tax rules. This – especially – includes developing countries. They are the first to be affected by the hemorrhage of tax dodging. However, global tax rules are currently being written by the OECD (Organization for Economic Co-operation and Development), which includes the 34 richest countries. Furthermore, and in response to the mobilization of civil society, even if fourteen additional countries (in addition to G20 countries) have been randomly selected to be consulted during the ongoing reform, what about the 134 other countries? The OECD’s lack of legitimacy had already been stressed during the previous conference on financing for development. The IMF, World Bank and OECD had themselves recognized: “Although it has extensive contacts with non-OECD countries and considerable awareness of developing country issues through its non-member programs, the OECD does not represent the views of developing countries”.[6]

If we imagine a country in which only the richest few could vote and thereby influence public policies: Do you think that decisions would be taken in the interest of all? This is however how current international tax rules are written. Luxembourg and Switzerland, countries whose role in tax evasion systems is well-know, have their seat at the negotiating table. But they leave more than 100 developing countries out of the loop.

It could be argued that it is difficult to reach decisions in a multilateral framework, but aren’t the plurality of views and disagreements the very essence of democracy? In addition, many of the international conventions, such as those on Human Rights, effectively came out of the international multilateral system. Why not doing it for tax issues?

The OECD has put forward the idea of a “global forum”, including developing countries, to implement the tax rules previously decided among its members. But how can you ask countries to apply rules they haven’t been involved in setting? We can’t make tax fair if the journey to change isn’t fair. That journey must begin with a truly inclusive to reform international corporate tax rules.

Ongoing international initiatives on tax that risk leaving the poor behind

Not surprisingly, the reforms proposed by the OECD up to now, which are set out in an action plan called BEPS (Base Erosion and Profit Shifting), will most likely not be workable for developing countries. Whether it is about spontaneous exchange on tax rulings, which is limited to tax administrations (action n° 5), or country-by-country reporting on tax information, which is not accessible to the public (action n° 14), the measures recommended by BEPS de facto exclude developing countries whose tax administrations do not have the means to ensure reciprocity. Restricting the public from accessing to this information also hinders the ability of civil society to assess the fairness of their taxation.

Other subjects are purely and simply excluded. For example, it has ignored fundamental flows in the system that most affect developing countries such as the issue of source versus residence taxation– i.e. profits to be taxed, which go to the countries of residence of companies (where their headquarters are located), and those that remain in the source countries (where the economic activity is actually produced) is hardly addressed. Equally worrying, the current tax treaty model proposed by the OECD is in no way  re-assessed, whereas it largely favors the countries of origin of multinationals to the detriment of the countries where activities are conducted and where the economic added value is actually created. Could it be that the OECD is afraid of questioning the underlying advantage that its policies give to countries of residence, which are most often developed countries? There is also no mention of the many tax exemptions granted to companies in the extractive industry, such as those which Areva benefits from in Niger.[7]

Failure of Addis Ababa: A lost battle but a movement set in motion

This situation has pushed developing countries, together with civil society actors, to join forces and actively call for the creation of an intergovernmental tax body.

There is a twofold objective: give all countries – both developing and developed countries – an equal say in global tax reform and set up rules that put an end to  corporate tax dodging. But developed countries – and France on top of them – stonewalled this call in Addis Ababa following tough negotiations. This also sends out a very negative signal to the next international meetings of the year on the Sustainable Development Goals in New York (September) and for the COP 21 in Paris (December).

While the Addis Ababa agreement offers very few positive outcomes on tax justice and only confirms that the rules of the game remain the same, the negotiations have brought the urgent need to reform tax rules and regulate multinationals’ activities to the forefront of all governments’ minds. But although Addis battle is lost, the war is far from over. Never before have so many developing countries stood firm for so long for their rights and the rights of their people. Never before such a movement gathered development and Human Rights organizations from across the spectrum on these issues. Finally, never before has international tax governance been at the forefront of the political agenda. How much longer will developed countries ignore this call for social justice? 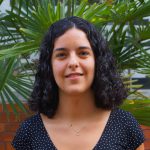