Facebook Twitter Link
Copied to clipboard
Peaceful protest against the government in the streets of Algiers, March 14, 2020 (Photo by RYAD KRAMDI / AFP)

We are still deeply marked by the Cold War and the Westphalian era which preceded it for several centuries of European history. In these visions of the past, international relations were entirely reliant on “diplomats and soldiers”,  as highlighted by Raymond Aron, in line with the orthodoxy of realism. Now we have transitioned to a new world, but kept the same habits and grammar. We continue to view the international scene through glasses borrowed from proponents of bipolarity or the Congress of Vienna (1815).

We are therefore still hoping for a Battle of the Marne to put an end to the “War in the Sahel”, government overhaul, diplomatic mediation or a constitutional amendment to resolve the Lebanese crisis, and a “democratic election” to provide a miracle cure to “bad governance” affecting developing countries. We have forgotten to upgrade our software. International relations are no longer limited to government levers that rely on force and cunning. They now rely primarily on social dynamics. With some exceptions, political action was once strong and proactive, whereas social action was weak and reactive. Today, the opposite is need. Ignoring this fact leads to mistaken analysis and stakeholders adding chaos to failure.

The incredible devaluation of politics

However, history cannot be oversimplified. Social dynamics have always influenced the course of events and political action has never ceased. Yet the current reversal is very real. Wars are no longer power competitions, States no longer dictate how the world is run, social issues now outweigh so-called “geopolitical” issues.

In this world, security no longer faces the same threats as before – famine is more lethal than military power, climate change more perilous than the risk of being invaded by neighboring nations, and the virus more dangerous than Russian tanks. What is worse, due to its insidious nature, is that what we continue to call war, as before, in reality refers more to social pathologies than to traditional classes of power. Today’s conflicts are more rooted in social and economic weaknesses and failures. Yet Hobbes and Clausewitz continue to guide the majority of governments, as if nothing had changed, and we can clearly see how successful that has been.

This incredible devaluation of politics, witnessed throughout the world, has evident symptoms which some are too quick to identify as causes: a loss of legitimacy, credibility and effectiveness affecting institutions and politicians who are generally very low in the polls, an increase in alternative forms of expression, such as religion, identity or parochialism, a desertion of civic roles.

However, the question remains: where is this phenomenon coming from and why has it so radically promoted the social realm over the increasingly powerless political realm, now relegated to roles of suppressing or “watching”, as if the political controls of governance no longer worked? We must open our eyes to the world as it is, not as it should have been. We need to reorganize, forget Hobbes and Clausewitz, bring Durkheim to the forefront in government, and address social pathologies in order to understand the new form of international relations, rather than harboring “geopolitical” illusions inherited from former generations.

Three factors underlying the resurgence of the social realm

This resurgence of the social realm is linked to three factors. The first is intimately related to the communications revolution, the foundation of globalization. Social interactions around the world are steadily growing and becoming more active, directly connecting social stakeholders who are increasingly free from any political mediation. Economic, social and economic games are intertwining at a speed that no longer follows the slower pace of politics, which can no longer control the time and events.

The second factor is part of the same process: globalization has upset the nature of the international scene, which is now completely inclusive and interdependent, at times reducing inequalities, but also making them increasingly visible and disruptive for the socio-political game, bringing together players from Central African Republic, whose annual per capita GDP is around $600, and from Luxembourg where they easily reach $110,000.

Within this context, social issues quickly prevail over strategic issues. While social issues form in plain view, in the impossible coexistence of drastically different levels of society within the same world, strategic issues are devalued, and the strategist enemy is replaced by the global social threat, whether it be a health, food, economic or ecological threat – all amplified by fear of humiliation.

The third factor seems like a vicious circle: a lack of reactivity from an out-of-sync political realm channels the expression of discontent towards extra-political or anti-political outlets, denouncing the “system”, advocating a rejection of the current political class, calling for direct expression or wearing religious clothing, inspired by all forms of fundamentalism, evangelical, Hindu or Muslim, without ever proposing an alternative form of government.

Facing up to social suffering

These social dynamics now dominate the international scene. They reveal the most dramatic and deadly issues: famine, pandemic and environmental disasters, which they largely create while also suffering from the consequences. They reconstruct modern-day conflicts which have been consistently viewed as geopolitical issues caused by “bad guys”, which in reality have social roots, such as the conflicts in the Sahel, where economic failure, contradictory land laws, rivalries between social groups and ecological disasters are interwoven and skillfully yet easily manipulated by those perpetuating violence.

They are fueled by the decline of political authorities, which no longer have institutions available to take action in a context of globalization, desperately recycling old concepts from the Renaissance: sovereignty, power and land. 2019 was marked by a series of events, in Santiago, Hong Kong, Port-au-Prince, Beirut, Algiers, and yellow vests at French traffic circles, events in which purely social protests created a world which left political stakeholders helpless and dumbfounded.

In the Lake Chad region, Baghdad and Tehran, this new social pace dictates the international agenda, on both a daily and long-term basis, calling for the social measures to address what have been wrongly referred to as major strategic issues, and institutional engineering to invent new standards suited to these new challenges. Military responses or great diplomatic maneuvers are powerless here, only aggravating the situation and reviving conflicts, as in the Sahel or Libya, instead of pacifying them. We must finally face up to social suffering and realize that it sets the pace of international life, with the same energy once used in power plays.

The paradigm shift analyzed in this article constitutes the heart of the work that the author published (in french) on October 1: “Inter-socialités”, published by CNRS. 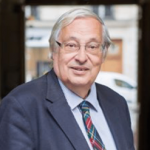