Director of Studies at CIEDEL

Decentralized cooperation: An asset for development and decentralization in many countries

The recent events in Mali and Tunisia have underscored – if ever there was the need – the interest of the international action of regional and local authorities.

Mali’s local authorities played an effective role in managing the crisis and in the reconciliation process. Some of them were supported by their French partners, who helped them to function while they were displaced to Bamako and financed part of the humanitarian assistance.

In Tunisia, the Jasmine Revolution was followed by institutional turmoil. The reform of the Tunisian State involves decentralization and should leave a broad scope for the determination of Tunisian actors to bring about changes within territories. French regional and local authorities, which have been working in this country for many years under cultural twinnings, are much called upon by their counterparts to support these developments.

There are a whole host of examples of the relevance of the international operations conducted by French regional and local authorities. Be it for short-term operations in response to a crisis (political, natural disaster…), or for a long-term commitment (support for development, institutional developments), decentralized cooperation consistently demonstrates its usefulness and its rationale.

However, an increasing number of voices are speaking out to hold decentralized cooperation accountable and question the relevance and effectiveness of its projects. For example, these attacks are made by taxpayers, who question the validity of financing that goes abroad and criticize the lack of local interest in these actions. These challenges are sometimes justified and can be used for political purposes. This is likely to be the case with the run-up to the forthcoming municipal elections.

The Thiollière Law adopted in 2007 did, however, give French regional and local authorities a new competence – to operate in the field of official development assistance and humanitarian assistance – without having to justify the notion of local interest. But several concurrent factors have stirred up trouble in a debate that was thought to be closed:

While regional and local authorities are no longer required to legally justify the local interest of taking action, they must today offer their citizens a structured political discourse that bases their action on issues related to their territories.

Consequently, the debate has shifted from the legal to political level. Decentralized cooperation must now be explained on the basis of its content, demonstrate its effectiveness and its added value compared to the traditional channels of international cooperation (multilateral, bilateral and non-governmental), but it must also prove that it serves a purpose in our territories.

It is for this reason that the discourse on the need for regional and local authorities to show solidarity, the importance of exchanges between citizens from the North and South, the reduction of inequalities… are no longer sufficient.

There will be greater acceptance by elected officials and support from citizens at the local level if specific arguments are provided to justify the interest of cooperation. The discourse should be both politically structured and illustrated by concrete examples, otherwise there will be an increasing number of opponents to decentralized cooperation.

However, this is not bad news, as it provides the perfect opportunity for regional and local authorities to reconsider their international operations, both in terms of the choice of the topic areas for their operations and their relations with their counterparts abroad.

Cooperation can provide answers to questions raised in our territories

When the local interest of cooperating for a French city or region is mentioned, the economic dimension and intercultural learning naturally come to mind. There are, however, other issues for territories and there are a whole host of subjects of local interest for cooperation. In many countries, concrete responses are defined, experimented and applied by elected officials from regional and local authorities, which gradually become fully legitimate.

We would, for example, be well advised to work with municipalities in Madagascar, Peru or Brazil to consider developing participatory budgets at the local level. Or we should learn from municipalities in Benin or Burkina Faso, which give stakeholders from civil society a real role in the definition and implementation of a comprehensive development strategy at regional level.

These experiences are not completed models that we should replicate, but could allow French regional and local authorities to get out of the routine of managing the development of their territories at a time when the crisis calls for other ways of operating to be devised.

Finally, it is a critical topic for France and should receive the full attention of elected officials: most decentralized cooperation operations echo our colonial past and the diversity of the cultural origins of French citizens in 2013. To act as a Nation, our history needs to be reexamined to allow us to gain a better understanding of who we are and to look to the future together. The exchanges from these cooperation operations could provide input to the debate in this respect.

To derive a local interest from the international actions they have launched, French regional and local authorities will necessarily need to reconsider their position in cooperation and, particularly, allow themselves to express their expectations to their foreign partners. 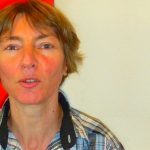 Director of Studies at CIEDEL