Project manager at the Migration Department of the AFD

Facebook Twitter Link
Copied to clipboard
In Sulaimaniyah, in the Iraqi Kurdistan region, a Yazidi girl whose father was killed by ISIS poses in front of the lens of Barfi Bishar, a Yazidi photojournalist trained by the Humanitarian Aid and Journalism organization. (Photo Shayda Hessami/ DR)

Around the world, the question of migration is subject to conflating and negative representations that hinder social cohesion. In the last few years, Spanish civil society organizations have been condemning « inmigracionalismo », the harmful effects of sensational reporting on migration in Spanish media.

This reality has intensified with the current health crisis characterized by the adoption of measures restricting international mobility, but also by speeches presenting migrants as vectors of Cvodi-19, hence leading to discriminatory attitudes. This situation is all the more paradoxical as this same pandemic has precisely highlighted the important contribution of migrant workers among “essential workers”.

Media coverage of migration: an important issue for our societies

In this delicate context, media has an essential role to play to ensure the dissemination of verified information, reflecting the complexity and diversity of migration experiences. As early as 1995, the Council of Europe, in its report on migrants, ethnic minorities and media, underlined that “while they are an effective means of combating intolerance, the media can also do much to propagate it.” A quarter of a century later, this observation is not only still valid, it is even worsened by the acceleration of the information cycle and the excesses encountered in new information and communication spaces such as social media.

In this context, the media coverage of migration can help inform public debate by producing quality content and combating disinformation. It can also support policies that take into account all of society’s stakeholders, including migrants, and thus strengthen social cohesion.

Bettering discourses on migration: a proliferation of initiatives

In the Council of Europe report cited above, the “importance of training, informing and raising the awareness of those who work in media” was already emphasized. Projects have proliferated in recent years, implemented by development aid operators, universities, and professional media organizations, targeting primarily professional journalists. In order to change the discourse – the famous “narratives” – and equip media professionals, training courses are happening around the globe: in Southern Africa journalists are trained on human trafficking, in Burkina Faso on statelessness, in Afghanistan on irregular migration, and in Romania on refugee issues.

Unfortunately, these actions are too heterogeneous, notably because of geographic or thematic priorities of donors, whether they are development aid agencies or private foundations. Due to weak coordination and a project-based approach, the lasting effects over time are far from satisfactory. In some regions such as West Africa, irregular immigration captures most of the media’s attention to the detriment of major migration issues related to sustainable development, such as labour migration or climate change-induced migration.

The example of Morocco where the media-migration nexus has been at the center of important innovations – establishment of a master’s degree in Media and migration at the Higher Institute of Information and Communication in Rabat in 2016 and of the network of specialized journalists covering migration issues in 2018 – is slow to spread to other countries. This calls for a greater emphasis on the dissemination of good practices and coordination between actors.

Building upon the initiatives and information practices of migrants

The multiplication of actions highlights the needs for greater cooperation and the adoption of common frameworks to go beyond individual initiatives. In this sense, the recent creation of multi-stakeholder consultation spaces at the level of the OECD or of the Global Forum on Migration and Development are positive signals. But these first actions need to be strengthened and expanded.

Future initiatives would benefit from stronger ties to research findings. For example, taking into account the various ways in which migrants obtain information would enrich the interventions and make it possible to dispel some misconceptions.

Is there a correlation between information on migration, in particular on its induced risks, and the intentions of people to migrate? This question is the subject of significant debate in the scientific literature. Research carried out in a Western part of Mali with significant migration – the Kayes region – concludes that the transmission of information to potential migrants has very low impact on their intentions to migrate (Role models and migration intentions).

By integrating research findings and assessing past initiatives critically, it is possible to identify some key areas of support for media work on this sensitive subject in the coming years:

The growing number of initiatives promoting informed and responsible discourses on migration is a positive signal. By setting up multi-actor partnerships and making a long-term commitment, it will be possible to help media professionals understand international mobility better and thus contribute to a peaceful public debate about migration.

To what extent do diasporas contribute to development? 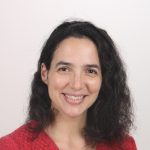 Project manager at the Migration Department of the AFD 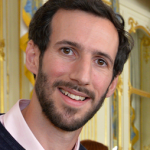 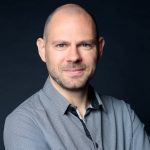