Urbanization is mainly taking place and will mainly take place in developing cities and outside the formal planning framework, hence the need to rethink urban modes of action. Taking informal dynamics into account as a crosscutting perspective in the New Urban Agenda (NUA) could provide guidance in terms of public tools and strategies in order to “leave no one behind”.

The Habitat III Conference (October 2016) is an opportunity to change our mindsets and action in terms of cities. The New Urban Agenda aims to provide an ambitious vision and means of action. Achieving this firstly involves localizing and urbanizing the Sustainable Development Goals (SDGs), on the basis of the sustainable development agenda which has already been adopted. But beyond political commitments, the Habitat III Conference would be a greater driving force behind proposals and have more appeal if it provided operational solutions to the challenges posed by contemporary cities.

A third of the urban population lives in “slums and informal settlements”, and over half of the urbanization of tomorrow will take place in the South, most likely in an unplanned manner. Consequently, this form of urbanization cannot be considered as being marginal: the issue is not so much about “integrating it into the city”, but rather about developing relevant general public policies.

The latest version of the NUA does admittedly recognize the importance of self-help housing and the need to support the social production of habitat.[1] However, while the informal economy is positively presented in it, as being able to contribute to local development, “slums and informal settlements” appear to be more of a sub-topic, a situation which is certainly specific, but to which the models and tools of conventional public action are applied. The NUA does not dwell on the challenges that this informal urbanization poses for urban policies, nor on the possible approaches, means and solutions. Yet it has to be recognized that planning has not succeeded in addressing informality. Consequently, if the NUA is to leave no urban dweller behind, a paradigm shift is required: give up trying to create cities which correspond to ideal plans and pragmatically adapt to an unplanned urban reality.

The modes of urbanization (formal and informal) are made up of self-help housing, the plurality of local land tenure systems, mixed land use, and gradual densification. The application of building standards and strict land use, or the issuance of property titles, do not provide a response to either the needs of inhabitants or the functioning of urban spaces. Conversely, making standards more flexible in order to allow incremental construction, authorizing shops to be opened on ground floors, or issuing temporary or interim occupancy documents all facilitate popular urbanization, and by doing so, draw full benefit from its strengths and assets for the sustainable development of cities. Public authorities may be unable to immediately provide essential services, but they can reassure inhabitants about the legitimacy of their establishment and about the fact that they can begin to consolidate their housing and ways of life. In Peru, the “physical-legal consolidation” (combination of political recognition, incremental servicing and regularization without restricting construction) in the 1960s has allowed informal settlements to become dynamic urban centers today.

To turn the idea that cities are an engine for development into reality, public authorities must take specific measures to transform inhabitants’ efforts and investments into urban opportunities. Planning and building standards are inappropriate, restrictive, costly and exclude self-built neighborhoods. Local economic development, craft trades, and the provision of services by small informal entrepreneurs should be promoted. Furthermore, as housing is built by the populations themselves (public authorities have budgetary constraints and are unable to meet demand), the question can be raised as to whether the authorities would not be better advised to focus on the development of public space. Taking popular urbanization into account as input for the development of policies, rather than as a failure, would allow exceptional upgrading actions to be scaled-up as standard conventional urban policies. The paradigm shift would thereby come from this reality check.

Although it is unplanned, a large proportion of urbanization is in fact connected to urban services: indeed, electricity and water connection rates exceed the proportion of formally planned neighborhoods (only 25% of urbanization in Delhi is planned, but over 90% is hooked up to the power grid). This means that official operators – whether public or private – intervene in unplanned settlements independently of public authorities. There are specific solutions for this: flexible, light and surface condominial networks for water are used in El Alto in Bolivia, electricity companies in Delhi in India use high-voltage distribution systems, standpipes are temporarily installed then retrofitted into household connections in Lima in Peru, social teams work alongside engineers to facilitate relations between official operators and the population in Casablanca in Morocco.

By installing electricity poles and pipelines, operators officially recognize these informal settlements, which leads to a consolidation of housing and local development. But in addition, they draw up and establish the layout of streets and public road networks, thereby permanently structuring the long-term configuration and contours of the city. Consequently, this action is a form of “actually existing urbanism”,[2] which shows that the absence of an urban plan does not lead to paralysis: there are other tools and modes of action, and their legitimacy stems from their effectiveness in the field. However, these dynamics and practices are still overlooked in urban policies, take place without the involvement of public authorities, and are therefore all missed opportunities to scale up and sustainably improve living conditions and the urban environment.

A number of studies[3] show that urban authorities and policies do not respect the regulatory frameworks which public authorities define for themselves. Consequently, the administrative rules and standards which the local authorities are supposed to apply are futile. It is therefore necessary to adapt the toolkits, and this should serve to guide public authorities, instead of conventional methods. It is a telling fact that informal settlements are “off the map”: as they are unplanned, they do not figure on official plans, and are therefore often excluded from the scope of public action. Yet geographical information systems or mobile addressing applications help, for example, to establish urban enumeration and mapping. Much still needs to be invented and the NUA could promote the search for alternative tools for all.

The issue is not so much about setting ambitious objectives which will never be able to be achieved, but rather adapting the political tools and frameworks to reality in a pragmatic manner. The NUA should, in particular, integrate the tools and dynamics developed by the actors and professionals in the field who build cities on a daily basis. States, via the NUA, can take on and commit to national policies to promote innovation, research and development for new urban instruments. This requires abandoning the vain ambition of controlling the popular construction process with strict standards and plans, in favor of new technical, social and institutional toolkits in line with the actual dynamics of urbanization. It involves a shift of the fundamentals of urban action and governance, integrating informality as a component of urban reality, and requires innovative research and development on the subject.

Climate: How to help cities achieve their ambitions?

Informality can neither be ignored nor eliminated. It must be addressed by the public authorities. The NUA’s main means of implementation must face the reality of urbanization in order to leave no one behind, and especially informal settlements. Alternatives consequently need to emerge and be tried out, and cities are ideal for this function as incubators. The NUA would gain from encouraging States to develop “Local 2030 Agendas”: focusing on action, cross-sectoral issues, mobilizing dedicated funds and human resources, they would serve as laboratories to implement the 2015 agreements on financing for development, the fight against climate change, and the SDGs at local level.

[1]The social production of habitat is defined by the process and the product which results from an individual or collective initiative by people (families, cooperatives, NGOs, professional groups) to build their own habitat: housing, villages, neighborhoods and even major urban sectors (Source: http://www.hic-gs.org/document.php?pid=2438). 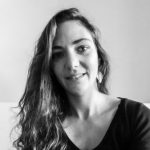