Chief of the “Inclusive Labour Markets, Labour Relations and Working Conditions” Branch of the ILO

Are the realities of informal employment the same in developing and developed countries?

No, and the differences are huge. For example, in Africa, 93% of the self-employed work informally, compared with between 20 and 30% in European countries. 55% of the workforce in sub-Saharan Africa and up to 70% in certain countries of the Sahel are employed in agriculture. It is a sector that relies heavily on informal labour, particularly within families. Workers living in poverty often have no alternative to informal employment if they and their families are to survive. Significantly, there is an inverse correlation between GDP and informal employment. The higher one is, the lower the other tends to be. The size of the informal economy is directly linked to conditions on the ground in developing countries, such as the economic climate, employment practices, legislation and regulation.

What steps can be taken to limit informal employment?

Poor education significantly increases the risk that an individual will go on to work in the informal economy. The better educated you are, the less likely you are to end up in informal employment. Access to education and training is therefore vital. Other factors include weak regulatory and employment frameworks and a lack of trust in institutions. Informal employment raises questions about the relationship between citizens and the state; it is a matter of citizenship.

For example, a social welfare system is seen as less acceptable in political environments where a blind eye is turned to corruption and the misuse of public funds. Why would anyone want to pay into a welfare system that never pays out? On the flip side, the rate of informal employment is much lower in Scandinavian countries, where taxes are very high. This is because agreeing to pay taxes demonstrates that there is trust in a country’s institutions and a real sense of shared citizenship. The correlation between what you pay into the system and what you get out of it is visible, valued and thought of as fair. Strengthening democratic processes and governance and funding public services, such as education, are effective ways of limiting informal employment worldwide.

“The key lies in youth employability”

What can be done to improve the lives of those working in the informal economy?

We have a wide range of options. First and foremost, we need to rethink the systems that are still in place today in many developing countries, often as a hangover from their colonial past. For example, certain regulatory requirements adopted in Africa are based on European standards that are ill-suited to the local economy and employment practices. Simply applying regulations that were designed for big businesses to small, loosely structured organizations will not work.

The core work therefore lies in creating conditions that will improve the circumstances of informal businesses and employees and help move them into the formal economy. This can be done by establishing legitimate political and social institutions, tackling corruption, introducing a suitable legislative and regulatory framework and offering economic incentives. Having said that, there is no miracle cure. Not everyone moves forward at the same pace and there is no “one size fits all” approach that can be applied everywhere. To take effective action, we need to break down the realities we want to change if we are to understand them in all their diversity. We have no other choice, as informal employment comes in many forms, is complex and varies from one country to the next. At the same time, we also need to address intersecting factors, for example, by extending social welfare provision, improving and strengthening public institutions and (re)establishing trust with citizens, without whom nothing can be achieved. These measures will form the foundation on which we can then develop specific policies that are tailored to local needs.

Is there a cultural dimension at play in how formal and informal employment are perceived?

Absolutely. It can even be a determining factor in certain cases. We have to work on people’s behaviour and perceptions. For example, in developing countries, domestic workers often live in the homes of their employers. They are cut off from one another and are rarely aware of their rights. We need to help them join forces, explain to them and show them that a different setup is possible, that they have human and employment rights and can be fairly paid. The same educational work also has to be carried out with employers. We cannot impose a value system or way of operating that conflicts with traditional values. We have to inform, educate, share knowledge and promote homegrown developments in employment practices. In African cobalt mines, informal employment takes the form of the subordination of minors, many of whom are children. They have no say in their working conditions, despite operating in an environment that poses terrible risks to their health and safety. They must be made aware that things do not have to be like this. Once they are informed, aware and organized, we can support them on the journey to improving their working conditions.

A recommendation published by the International Labour Organization in 2015 put forward an approach aimed at facilitating the transition from an informal to a formal economy.

Absolutely. The first effect this recommendation had was to raise awareness of this issue in developing countries. In the short term, its aim, first and foremost, is to help those affected achieve a better standard of living, for example, by laying the foundations for a social welfare and health care system. Before even addressing the eradication of informal employment, it opens up ways in which we can move towards decent employment standards in terms of working conditions and risk prevention. To date, dozens of countries have taken political and legislative measures inspired by this recommendation to improve the situation.

Recognizing the human right to social security must be a cornerstone of any transition strategy. Many countries, such as South Africa and Thailand, have now launched programmes that reflect this. There is growing political will and the various stakeholders involved understand that it is possible to achieve a lot, even with few resources. This is particularly true when it comes to preventing risks. Explaining to farmers the dangers posed by pesticides and fungicides and teaching them how to protect themselves does not cost much, but it does save lives, protect people’s health and makes those people more productive. And this is just one example!

Must we transition from an informal to a formal economy, or can the two systems exist alongside one another?

Clearly, we need to move towards a formal economy, as it alone can guarantee decent working conditions, protect workers and ensure they are paid fairly. Social security, and the sickness, unemployment and retirement benefits it offers, only works within a formal framework. Businesses must be registered and pay contributions that themselves have to be well managed. This is also a way of ensuring fair competition between them.

Introducing basic social security for all workers, whatever their status, is often the first step in this journey. We then need to bolster it by managing tax declarations, contributions and social services, as well as setting up a contributory system that is suited to local needs. For example, a system in which contributions are taken on a monthly basis will not work in agricultural environments where money only comes in twice a year. We first need to listen and establish a dialogue, which in itself is not always easy, especially since those working in the informal economy are not necessarily well represented. 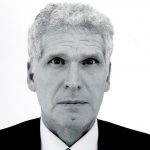 Chief of the “Inclusive Labour Markets, Labour Relations and Working Conditions” Branch of the ILO