In Southern countries, there is increasing demand for waste collection and management, with a positive impact on climate change. It calls for customized technical and social solutions. An interview with Pascale Guiffant, Sustainable Development Deputy Director for the French group Suez Environnement, which operates in 70 countries and generates 5,318 GWh of energy from waste.

Around 500 waste collectors, also known as ragpickers in India, live off the landfill. They make around $20 a week. (Photo: Carl Gierstorfer / Flickr CC)

What are the main waste-related issues?

Suez is already very active in this segment in Europe, where waste recycling and recovery accounts for 44% of our turnover (Editor’s note: a total of EUR 14.3bn in 2014). 31% of our turnover in Europe comes from water and 24% from our two international activities.

Development outside Europe is a core objective of our strategy, as there is clearly a need in Africa and the Middle East, particularly in terms of improving waste collection and keeping cities clean.

Waste has for a long time been subject to a linear vision: it was necessary to get rid of it, bury it and forget it. Today, the circular economy models aim to recycle it, as it is a resource and an important channel for reducing greenhouse gas emissions.

However, in Southern countries, we are not starting with the same situation as in the North, with illegal or badly managed landfills, which have serious impacts on the environment and health. Its management requires taking into account the environmental and social dimension of the recycling value chain, as 15% to 20% of waste is recycled by ragpickers.

Finally, we see that the world is aligning with both the SDGs and the treaty resulting from COP21. Waste management is developing thanks to a comprehensive approach to this issue. Indeed, one SDG target addresses waste, which was not the case with the MDGs. This is a sign of progress.

How do you meet the needs of Southern countries?

We have a specific range of services for cities in the South, which allows local authorities to produce biogas and compost. Ragpickers need to be integrated into the chain in order to structure a formal economic activity based on waste treatment. The adaptation is both technological, to generate biogas, and social by taking account of the existence of actors who are already present, even if they work in the informal sector of the economy.

Which countries do you operate in for waste treatment?

In India, Brazil, Morocco and China, with waste treatment structures for industrial parks or local authorities.

We have a joint venture called Sino-French in China. It has been operating in the water and sanitation sector for two decades, which puts us in a good position to develop our waste recycling activities.

Do you also operate in the waste sector in the Middle East?

We operate in Oman. At the beginning of the year, we won a 5-year contract to design, build and operate the extension of the municipal waste storage center in Muscat.

It should be noted that an increasing number of countries around the world are structuring waste management policies. This is an important point for us, as we need clear regulatory frameworks and sectoral policies, as with water and sanitation management. For example, in Morocco, the Ministry of the Environment has structured a national waste management plan with World Bank support. As a result, municipalities launch bid invitations for collection and treatment. We already manage a few neighborhoods in Casablanca for collection, but also a landfill in Meknes and collection in Tangiers.

How do you support the Moroccan authorities’ efforts to improve waste management?

We do, of course, provide a technology, but we also need to adapt to a specific context which comprises informal actors. The recycling value chain starts with the ragpicker, who will go and collect the waste by specializing in a material, plastic or cardboard, and subsequently sell it to a semi-wholesaler who has scales or a machine to make compacted bales of waste. In the next stage, wholesalers, who are more or less organized, sell the material to industries, which will make other products out of it.

In Morocco, we are faced with strong demand from the authorities, which has two components: separate collection to treat waste in a modern way and stop the pollution caused by illegal landfills, and call on the informal actors who already exist in order to improve the sector. In 2013, we replied to a bid invitation which aims to rehabilitate the Meknes landfill. This open-air site was not fenced off and had 150 ragpickers, seasonal workers, as well as a thousand heads of livestock. We proposed two immediate actions: stop children working on the landfill and remove the livestock there in order to eliminate health risks. In the third phase, we organized the ragpickers’ work to ensure their safety, stop them from clinging on to the trucks, and create a relationship of trust with the technical teams.

We subsequently set up a cooperative for ragpickers. The last stage, which is ongoing, is to build a sorting center so that they have access to premises with showers, a locker room, and have acceptable working conditions. A project steering committee has been set up with representatives of the municipality of Meknes and the wali to explain our action and find partnerships for occupational health. The ragpickers need to be supported in terms of health, partly to deal with their problems of addiction, which are common. All this work goes unseen, but it is essential for the success of the project.

What do you expect from policymakers in both the North and South to improve the waste treatment sector?

Suez today offers local authorities a range of solutions to allow them to develop their performance in terms of waste collection, treatment and recycling, taking into account the specificities of the territory. In order to respond fully to the current issues in the sector, the implementation of these solutions needs to be part of a comprehensive plan for waste management, which defines its regulatory framework, specifies the roles and responsibilities of each of its actors, and coordinates the objectives and resources that need to be implemented at local, regional and national level. 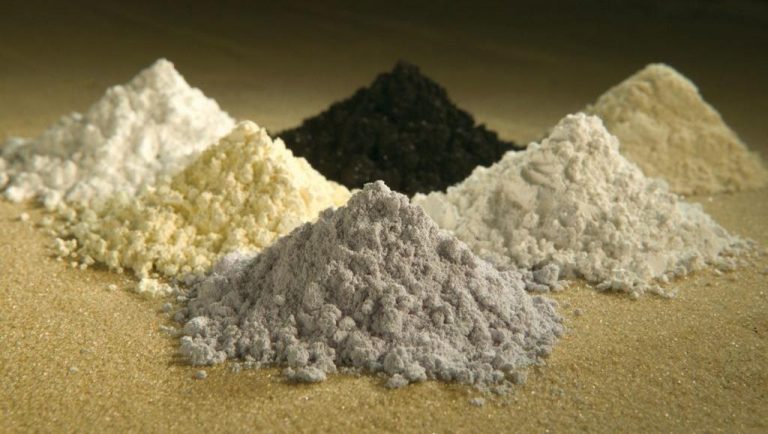 Hybridize the Commons: The example of the Polynesian lagoons

Thierry Paulais
Director of the AFD’s office for French ...
Read

The environmental paradox of the digital transition

The limits of the commons: The case of the Pacific

Thierry Paulais
Director of the AFD’s office for French ...
Read

Opening of the second edition of the Thinking Workshops in Dakar

A path to sustainable agriculture : feedback from Uruguay